Are Electric Bikes The Future For Law Enforcement? 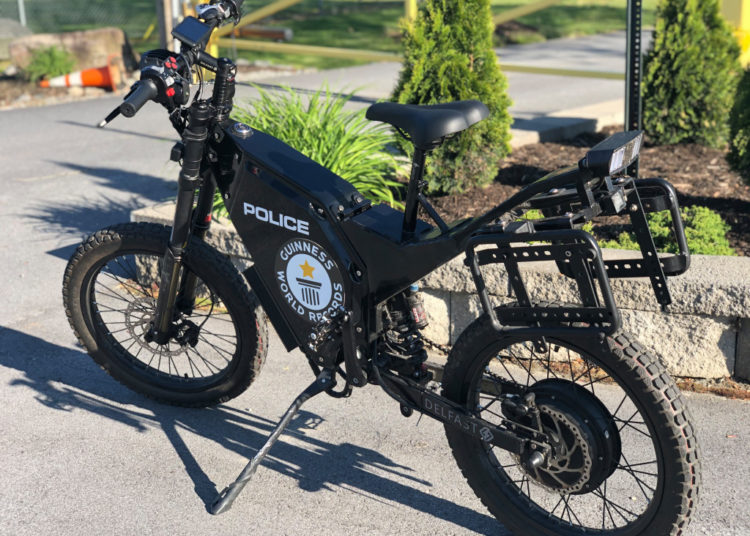 After launching the Green Police Initiative in March, electric bike company, Delfast has United States departments testing out their bike that can travel up to 50 mph.

Better described as enduro-style electric bicycle, Delfast TopCop provides a range of up to 174 miles at city speeds.

The company has been selling the $5,000 bike to consumers for some time but now they are trying to break into law enforcement with additional hardware that includes lights, sirens and storage boxes.

WHY THE CYBERTRUCK WILL CHANGE LAW ENFORCEMENT DRIVING

Chief of Police J. Phil Harris says the Delfast TopCop has been a success with additional officers wanting to get trained on the bike.

Harris explained in a statement provided to Electrek:

I now have about half of my patrol officers asking to be bike trained so they can ride this bike on duty.

The Brevard Police Department already has standard pedal bikes in its patrol fleet, but has found that the Delfast TopCop electric bike allows its bike cops to respond to calls nearly as quickly as patrol cars, and without arriving on scene winded.

I believe we can utilize the bikes in a number of different ways that we can’t necessarily do on a traditional patrol bike. For example, I was on Ecusta Road when a domestic violence call came out on Gallimore Road. I rode the bike the entire way, approximately 4.3 miles, and I arrived shortly after the units that were responding in their patrol vehicles. I was also not out of breath.

The Brevard Police Department is also planning to use the Delfast TopCop e-bike for traffic law enforcement, with officers on high speed e-bikes chasing down speeders after they’ve been targeted by stationary officers with LIDAR speed guns. 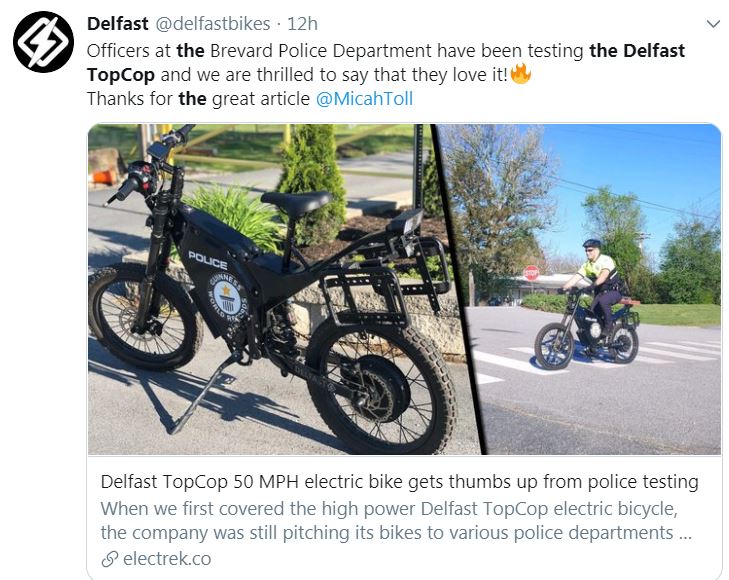 With the e-bike, we could have a LIDAR certified officer calling out speeding vehicles to an officer on the e-bike and by utilizing the lights and siren on the bike we could conduct traffic stops. I think these bikes would be a great asset to the department and would be greatly utilized in a number of ways.

There isn’t a law enforcement agency out there that isn’t looking to slash budgets and while the electric bike can’t be used in every department during every situation, we see a possibility with this technology.