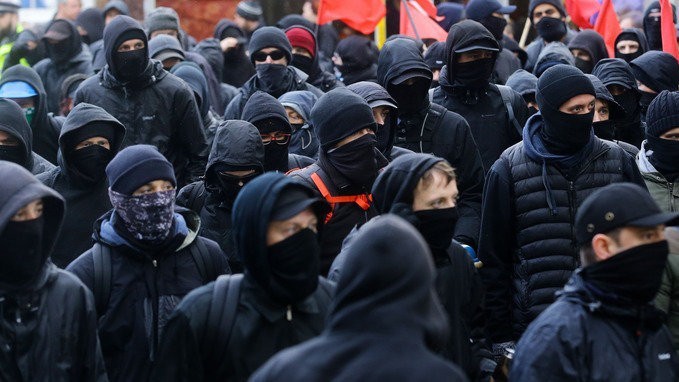 While politicians call the far left radical group Antifa nothing more than an “idea,” Twitter accounts allegedly linked to the activist group rejoiced this week after a Washington state sheriff’s deputy was shot in the head and killed. Journalist Andy Ngo shared various screenshots on Saturday that he claimed were linked to Antifa.

“A @ClarkCoSheriff deputy was shot in the head near Portland (in Vancouver, Wash.) overnight and killed. The suspect remains at large. Antifa accounts have been celebrating on Twitter in response.” 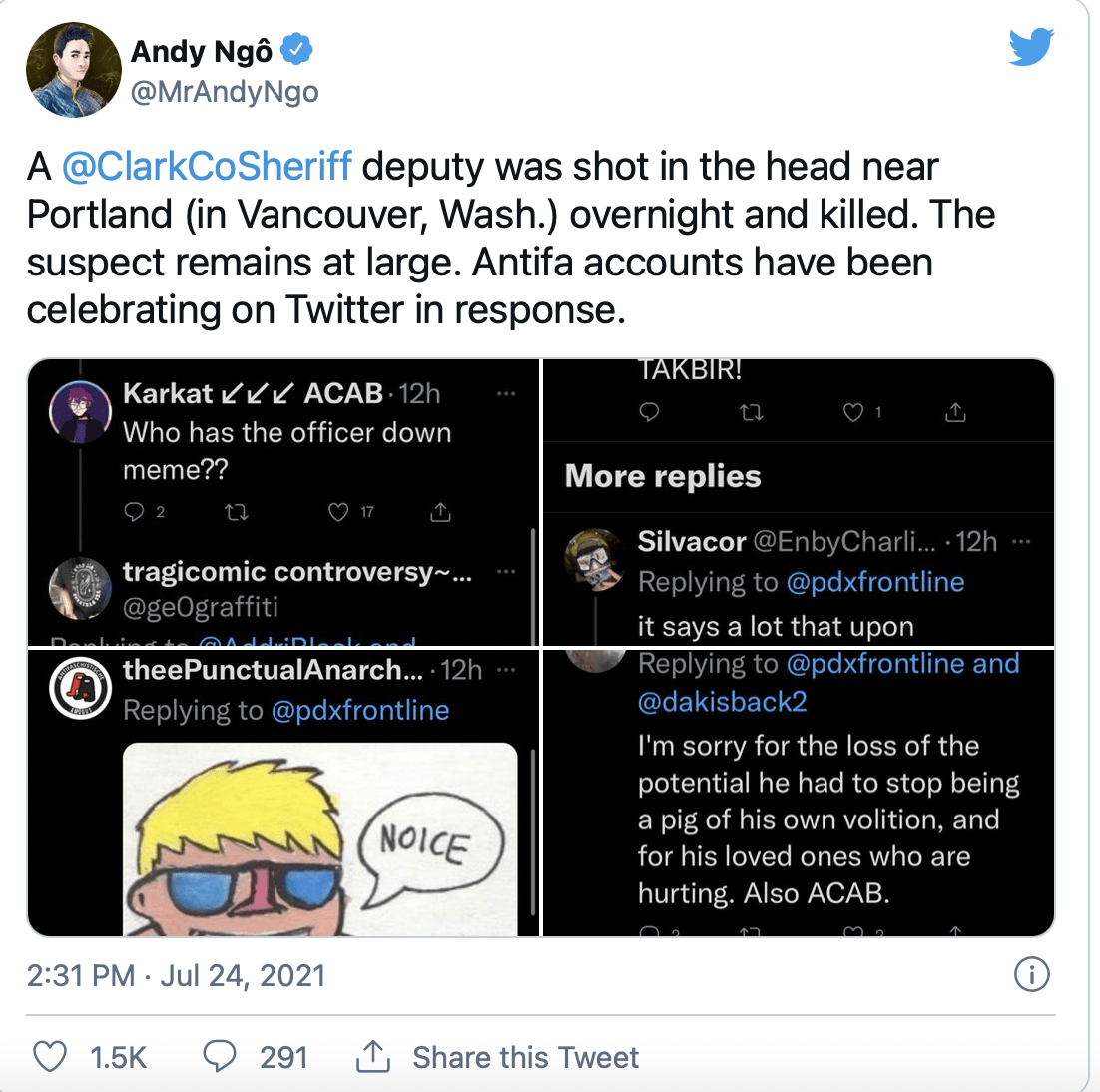 The accounts posted by Ngo show users with Twitter bios using terminology such as “ACAB”, which stands for “all cops are bastards,” and responding to the news of the deceased deputy with mocking comments such as, “Cheers, I’ll drink to that” according to Fox News.

Another user reacted to the news with “TAKBIR,” which refers to the phrase “Allahu akbar,” Arabic for “God is great.” Another user with the Antifa logo as its profile photo celebrated the deputy’s death by writing, “I’ll bet his pig family is crying.”

Calls to defund the police were also seen in several of the bios and tweets.

The deputy was identified as Deputy Jeremy Brown, 46, who was shot Friday night and died later at a hospital.

Two suspects were reportedly in custody in connection with the killing.