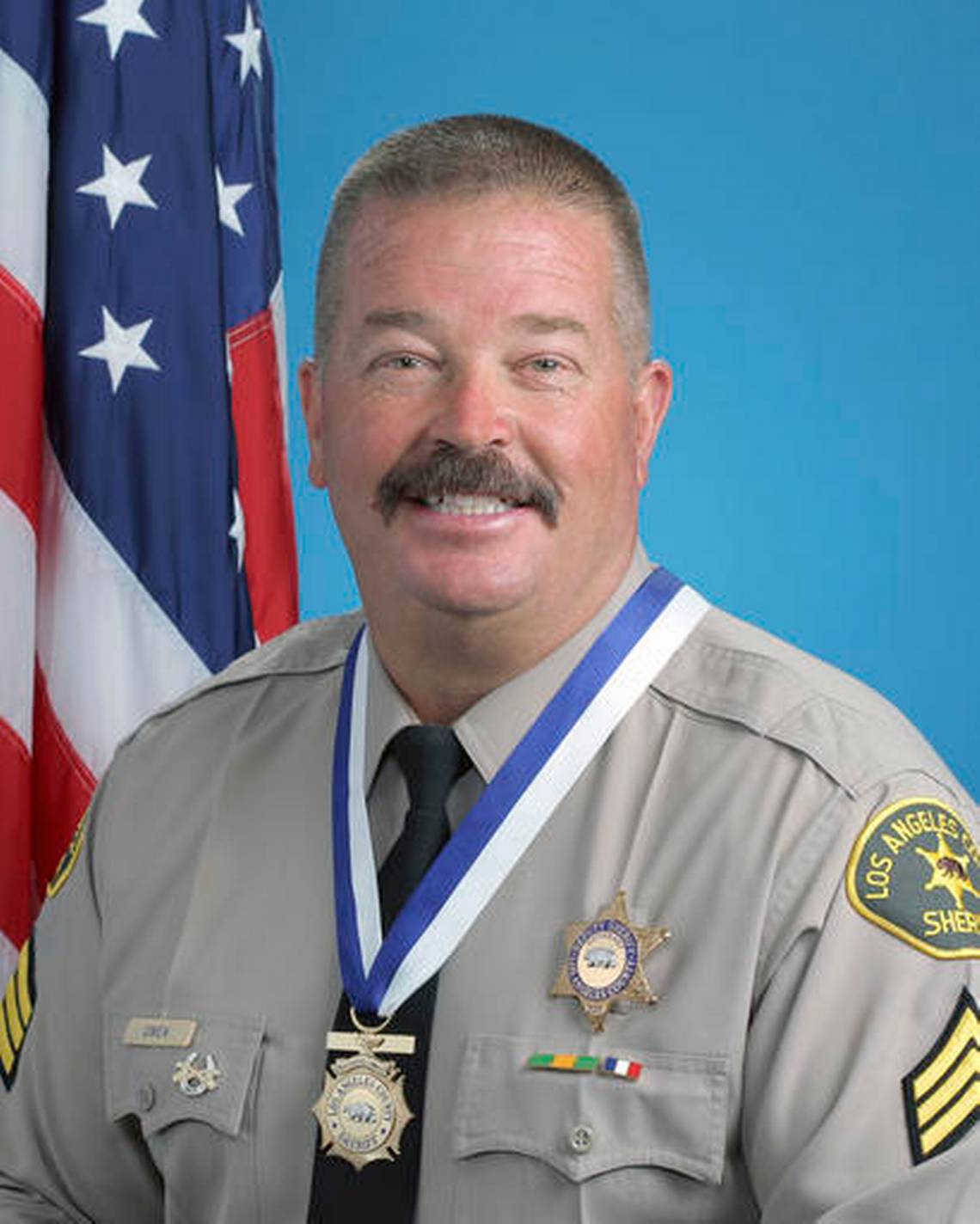 Sergeant Steve Owen of the L.A. County Sheriff’s department was murdered Wednesday while answering a burglary call. As usual, I try not to state the obvious, but I attempt to use these incidents to explain difficult police concepts that the average person doesn’t consider.

Sgt. Owen and his partner received a burglary call at an apartment complex. A woman called the police because she was upstairs in her bedroom with her 7 month old baby when she heard a loud boom downstairs. She began to investigate, spotted a broken glass door and then called the police. The officers just finished announcing the residence as “cleared” when Sgt. Owen decided to check behind the complex.

Trevon Lovell quickly shot him one time and then stood over him and shot him 4 more times. Mr. Lovell ran to the front of the complex where he was shot in the shoulder by Sgt. Owen’s partner. Mr. Lovell stole Sgt. Owen’s police vehicle, rammed into another squad car and fled the scene. He eventually abandoned the police vehicle and entered a home, taking 2 teenagers as hostages. One teenager was able to send a text to alert authorities that Mr. Lovell was holding them hostage.

SWAT entered the home and rescued the teens.

Mr. Lovell fled through the rear of the residence, hopped over a wall, and was arrested without being killed by the police after he killed an officer.

If there was ever a time when an officer may wish that a person were dead, I would guess that it would be after that person killed an officer. Contrary to what the media has most people believing, this man killed an officer and was arrested so that he can stand trial. This guy was just released on parole and he was already in possession of a stolen weapon. Yes. It is that easy.

I remember answering a burglary call at an apartment complex one day. It was during the day when most people should have been at work and all kids should have been at school. As most of you remember from your childhood, kids like to hang out by air conditioning units. I received a call about 3 young black males burglarizing a residence. Naturally, I pulled my pistol on these 3 guys because they were sitting on the air conditioning unit behind the house in question.

These kids were probably 15 years old, they should have been in school, it was a high crime area and they were smoking weed. I held them at gunpoint until my cover arrived. The kids were scared, but they followed my instructions. All of a sudden mama came from across the street screaming at me asking why I had my pistol pointed at her baby. I had not searched these 3 kids. I had no idea if they were armed, if they were going to attack me, try to run or simply just follow instructions. I didn’t have time to deal with mama. Any mother would be concerned if they saw an officer pointing their pistol at her children, but as I try to explain to all my readers, at that specific moment, those feelings were irrelevant.

My safety trumps your confusion/frustration.

I also hadn’t searched mama either. She could have been armed, pissed off and about to attack me as well. I gambled and chose to keep my pistol on the kids and I never put my eyes on her. I told the kids not to move and they complied. She began to tell her son to get up and come to her and I quickly told him that he better not move. Mama got upset and began to say some aggressive things towards me. I told her several times not to cross a certain point or she would be put into handcuffs. I told her that I understood her confusion, I would explain everything to her when it was over, but that I needed her to stay back and be patient.

She continued to talk loudly and the neighborhood began to exit their homes. She began to tell them that I was trying to kill her babies. The neighborhood got upset and began to circulate the same narrative. Finally, a cover element arrived. The mother would not stay away from me and I asked the cover element to put mom in handcuffs and to place her in a vehicle. She obviously didn’t like that and neither did her neighbors.

The kids were not burglars. They were sitting on an air conditioning unit, at a house in which they did not live.  Two of the boys were throwing rocks at it, they were skipping school and smoking weed. A citizen called because they were having numerous burglaries in the area and she thought they were burglars.

I was wrong about the kids, but justified.

I had another incident where I received a burglary call in a high crime area. I arrived on scene and saw a black male bent over by the air conditioning unit. I pulled my pistol on him too. I commanded him to put his hands up and he did so. He looked at me with a confused face. He began to scream at me saying that he was an air conditioning repair man and that he was fixing the unit. He heard me tell my cover elements to hurry up over the radio.

At this point, I didn’t care if he was Jesus.

My gun stayed on him and was going to stay there until I had cover. He began to state that a black man can’t do shit without getting the police called on him. He continued with that narrative, but he kept his hands in the air and he was totally compliant. He heard the sirens approaching from the distance. I told him that we would sort it out in a second. He was angry. Anyone would be angry. He was wearing a shirt that could have been a repair company shirt, but I wasn’t sure.

Out of nowhere, this guy took off running like Usain Bolt. It happened so fast! He was eventually captured hiding in a creek. He was so scared that he forgot to take the stolen copper from his pockets as he ran. He was wearing a repair man’s shirt, but it was a mechanic’s shirt, not an air conditioning repair man’s shirt. The name on the shirt was not this guy’s name either. His story was believable, but it was a lie.

I was right about him and justified.

We will always wonder.

Mr. Lovell’s action was quicker than Sgt. Owen’s reaction. A person’s action will always be quicker than an officer’s reaction. This fact is why so many civilians have a hard time understanding how people can end up being shot and they were unarmed. All unarmed officer involved shootings are not always justified. All of the officers are not always guilty. Sgt. Owen may not have had any clues that this young man was about to shoot him. Maybe he did. Maybe he didn’t. He may have only gotten to “Hey man, what are you doing back here?” He received numerous community awards over the years. The community loved this officer. I thought about the now famous “Officer Tommy Norman” that everyone loves to death.

Did Sgt. Owen’s friendliness get him killed?

Did he give the wrong man the benefit of the doubt?

We will never know.

I am not saying that police misconduct does not exist. I simply try to give civilians insight into how things can go south so quickly sometimes. I try to help them understand that 10 seconds of video to a civilian eye can look completely different to an experienced officer. The crime stats by race that I posted a while back are very real. Racism is very real. How does one truly know if an officer is racist or responding to his environment? I simply try to provide an insight into cop logic to help civilians make that decision for themselves after receiving a little insight into the mindset.

It was only a burglary!

Burglary is a non-violent crime.

Why are there so many cops with guns?

I know that guy. That is (fill in the blank).

That dude doesn’t have a gun!

His mom just told ya’ll he was unarmed, why are ya’ll still pointing guns at him?

I am a cable repair man, not a criminal.

You mean to tell me that someone called the police on me while repairing the cable system?

A black man can’t even work in this country without being bothered.

Tough stuff. Sucks for everyone involved.

Share and speak up for justice, law & order...
Tags: exclusiveTrainingTraining