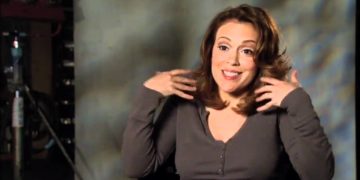 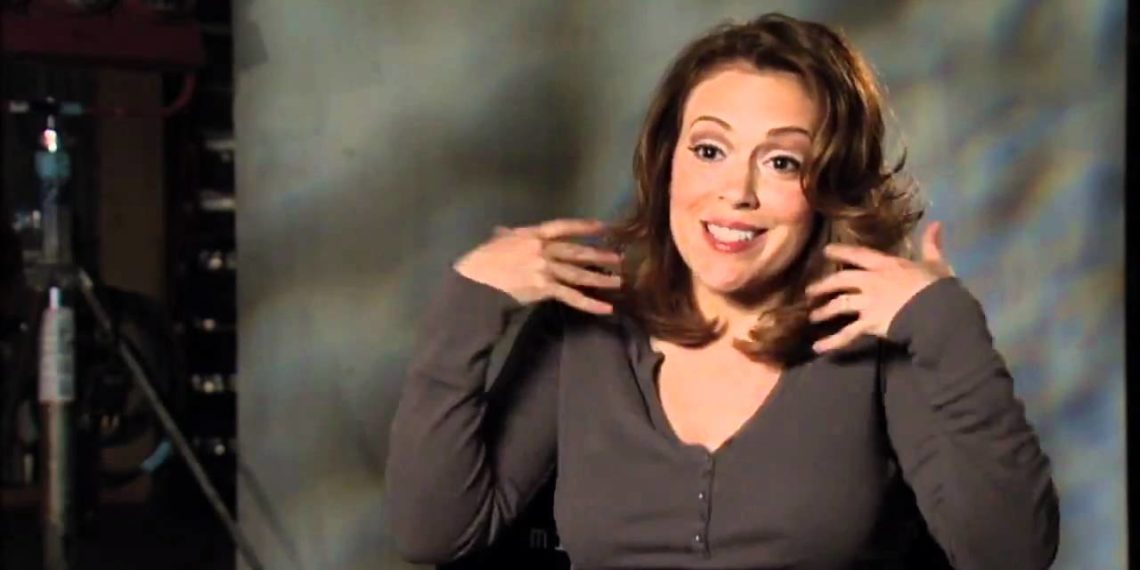 If Twitter was real life, Alyssa Milano would mean something.

The once working actress and now activist, Milano has made it her mission to end the Los Angeles Police Department as we currently know it.

Tweeting from her safe neighborhood, Milano is calling on her 3.7 million Twitter followers to sign a  petition in support of the People’s Budget L.A that demands a 90 percent reduction in police funding.

Attacking the union that represents the men and women of LAPD, Milano went after the L.A. Police Protective League on Monday, smearing it as a “narrow special interest group” whose goal is to lobby politicians to protect the LAPD’s budget and pensions. She also tweeted out the hashtag #ProtectPeopleNotPolice. 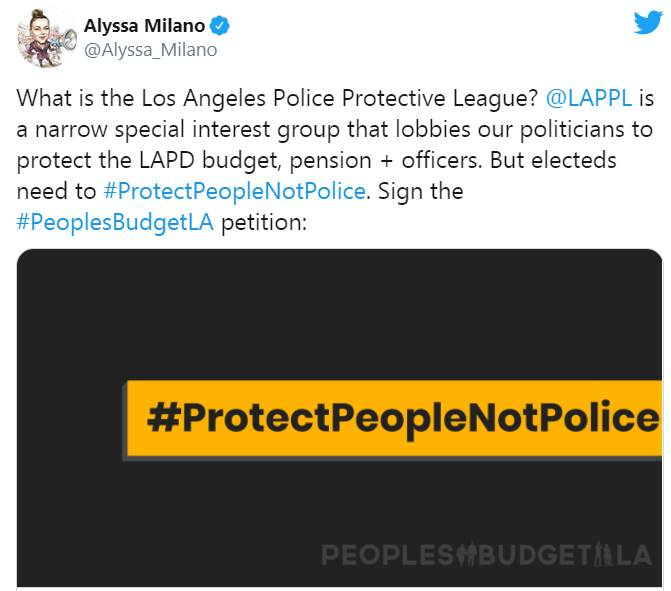 Breitbart News reports that the union has been fighting with Mayor Eric Garcetti over his anti-police rhetoric and plans to defund the department in the wake of Black Lives Matter protests and riots.

So far, the mayor has worked with the city council to cut LAPD’s budget by 150 million dollars.

But that isn’t nearly enough (as if anything ever is) for the activists. Leaders of Black Lives Matter L.A. have launched an alternate fiscal plan called the People’s Budget L.A. that calls for the vast majority of LAPD funding to be redirected to community safety efforts and other initiatives.