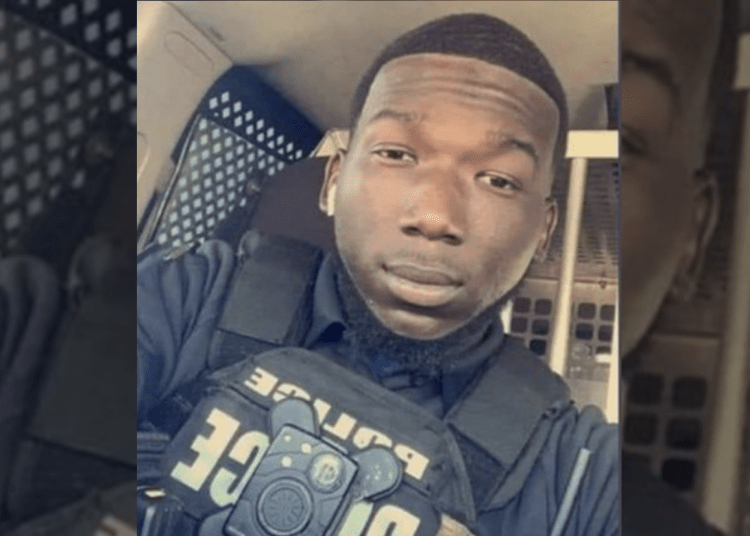 UPDATE: A suspect has been arrested in the ambush murder of Officer Marquis Moorer. Read more.

SELMA, Ala. — An Alabama police officer was shot and killed Tuesday morning at his home, according to reports.

The Selma officer was identified as Marquis Moorer, 25, by Dallas County District Attorney Michael Jackson. He said the fatal shooting took place between 3:30 a.m. and 4 a.m. when Moorer, who was on duty, stopped by his apartment at Selma Square Apartments for his meal break, Al.com reported.

A suspect approached Moorer and opened fire, also wounding a woman who was Moore’s girlfriend, Jackson said. Although the woman was hospitalized, the extent of her injuries was undisclosed.

According to Jackson, the shots originated from outside the apartment, ABC News reported. He referred to the deadly shooting as an “ambush.”

“These interviews are never easy but it’s more difficult when it’s one of your own,’’ Fulford said. “The Selma Police Department is devastated and we’re asking the community for your prayers because it is time for it.”

Central Alabama Crime Stoppers is offering a $2,500 reward for any information in Moorer’s slaying.

“We extend our prayers and condolences to the family,’’ said Executive Director Tony Garrett. “We also honor and thank Officer Marquis Moorer for his ultimate sacrifice while serving the City of Selma.”

Suspect in murder of Alabama police officer in custody