Four people were wounded, one critically 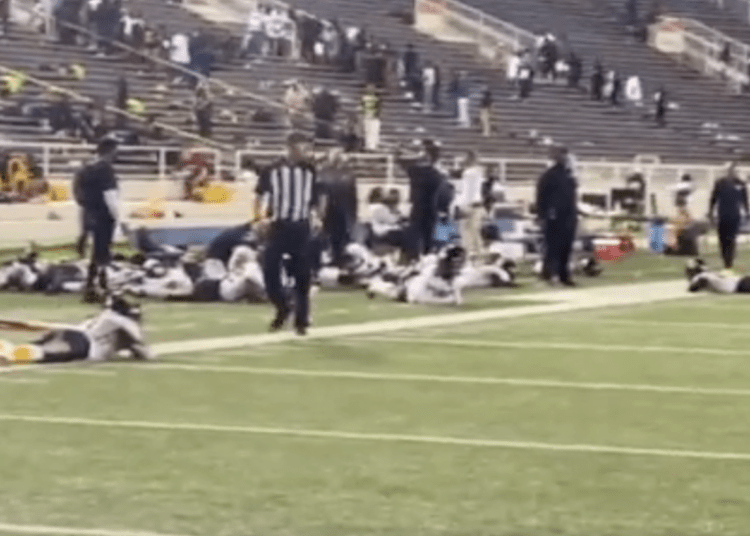 MOBILE, Ala. — Alabama high school football players hit the ground as gunfire erupted during a game Friday night. Police say at least four people were wounded, one critically, according to reports.

Gunfire broke out around 9:56 p.m. during the game between Vigor and Williamson High Schools at Ladd-Peebles Stadium in Mobile, according to Officer Katrina Frazier, AL.com reported.

Chief Paul Prine of the Mobile Police Department said the shooting occurred near the exit ramp at the stadium while players were on the field, Fox News reported.

Frazier said it was unclear how many people were injured by gunfire, but at least one victim sustained life-threatening injuries, according to AL.com.

Fox reported, “Three men and a woman were wounded and two of the victims were juveniles.”

The news outlet also said, “Four victims were transported to the hospital. One was listed in critical condition.”

Video posted on social media showed the chaotic scenes at the stadium when gunfire rang out. Players on the sideline hit the ground and others were seen running off the field.

The field has cleared shots fired in the stands at the Vigor vs Williamson game. pic.twitter.com/7TqsNjOk6P

WATCH: This is the moment on the MCPSS game broadcast between Williamson and Vigor when shots rang out in the concourse at Ladd-Peebles Stadium. The PA announcer is heard telling fans to "cover themselves" as people run onto the field and throughout the stadium. pic.twitter.com/SxS1hHEdOJ

According to witnesses, two suspects left the scene in a white sedan, the chief said. No arrests have been made.

The game was suspended with just under six minutes remaining, according to AL.com.

“These things happen and what can you do?” Vigor coach John McKenzie said. “We’ve got to be an example and change these kid’s lives that many are out here raising themselves.”