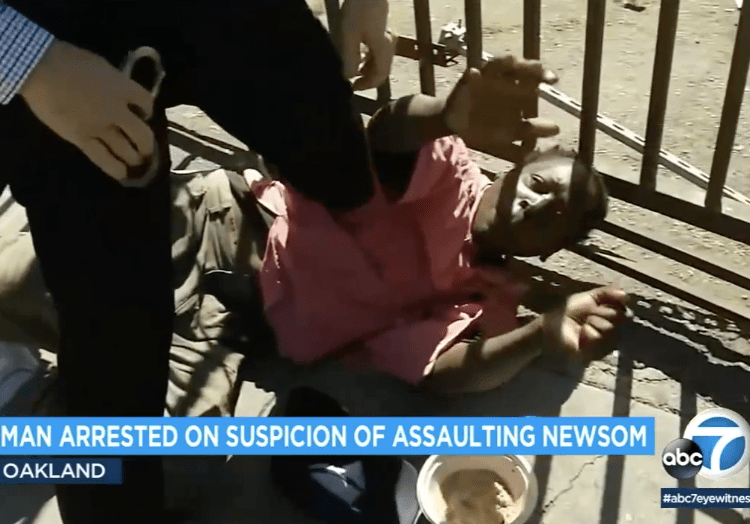 OAKLAND, Calif. — A man described as “homeless” was arrested on Friday after an “aggressive” interaction with Democratic California Gov. Gavin Newsom. The Golden State governor was making an appearance in downtown Oakland when a man threw a water bottle at him, according to the East Bay Times.

The suspect was identified as Serge Emanuel Benoit Chaumette Jr., 54, of Berkeley, KABC-TV reported. He was booked at the Santa Rita Jail on suspicion of resisting an executive officer and assaulting a public official.

Following the encounter, the California Highway Patrol issued a statement.

“This morning, the Governor was approached by an aggressive individual. Members of the Governor’s security detail removed the Governor from the situation and the individual was arrested by CHP officers,” the statement said.

According to a woman who identified herself as Chaumette’s sister, he is homeless and has experienced mental health issues.

When told about the incident with Newsome she said it was “consistent with his past behavior,” KABC reported.