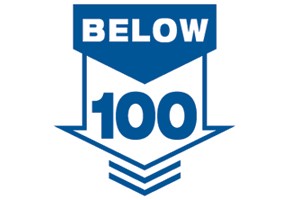 The Yolo County (Calif.) Sheriff’s Department has been chosen to be the recipient of the National Law Enforcement Officers Memorial Fund’s Best Law Enforcement Traffic Safety Program in America award. The agency will be formally recognized during ceremonies at Police Week in Washington, D.C.

The key to Yolo County’s success was the agency’s engagement with Below 100, according to Yolo SD Captain Larry Cecchettini. He attended a Below 100 training program in 2012 and later said he felt like he was being tapped on the shoulder and called to take action. “I knew we had a problem but I just didn’t know what could be done about it. Below 100 changed that,” he said.

Yolo County is rural with a lot of wide open spaces and deputies often have long distances to travel. “Putting 400 miles on a car in a day is not unusual,” said Cecchettini. Not surprisingly, speed had become a problem and Cecchettini was determined to do something about it. Perhaps the biggest motivator for him was the story of Jessica and Kelli Uhl, two sisters who had been killed by an Illinois state trooper who was driving more than 120 miles per hour when he lost control of his car. Their mother, Kim Schlau, had spoken at the Below 100 training. “I promised Kim that I would slow down our patrol cars,” Cecchettini said.

Once back at his agency, Cecchettini pored through the agency’s crash and injury stats as well as the records of speed revealed by the department’s in-car video system. What he found shocked him. Driving over 90 mph without emergency lighting had become commonplace. Over a ten-year period, at-fault crashes were, on average, occuring once a month and deputies were seriously injured 1.5 times a year, forcing two deputies to retire. The direct cost to the agency was over $1 million and the liability exposure was huge.

Once the basic homework was done, the program was rolled out rapidly. Two lieutenants delivered Below 100 training and deputies were put on notice that, in the interest of officer safety, speed would be monitored as would use of seatbelts. Below 100 posters were placed throughout the agency, including one that Yolo designed around the tragic story of the Uhl sisters and bore the tag line, “Drive like a life depends on it.”

Over the course of the next few months, the agency culture shifted dramatically. Deputies who improved their driving were recognized with challenge coins. The few who failed to modify their behavior received counseling or a reprimand. What had been the norm quickly became the exception. Data from the in-car video system revealed the number of 90 mph speed activations (unauthorized) had dropped to near zero. And at-fault crashes, once occurring at an average of once a month, dropped to zero. In fact, the agency has now gone well over two years without an at-fault crash. “I know it can’t last forever but no one wants to be ‘that guy’ who breaks the run,” said Cecchettini. “Everyone is trying.”

The risk manager of Yolo County took note of the dramatic drop in crashes and offered to provide funding for additional police training. “As a result, we’re rolling out county-wide excited delirium training with risk management covering the cost,” said Cecchettini. He noted this offer was unprecedented in a county often struggling to find funding for basic needs.

Although Cecchettini was responsible for starting the Below 100 effort at his agency, he is quick to share the credit with others. “It would be an outright lie to say that any one command-level person in our agency is responsible for our success,” he said. “The real credit goes to the deputies who demonstrated the necessary commitment to ensure they and their fellow deputies make it home safely every night.”

Is It Worth It?