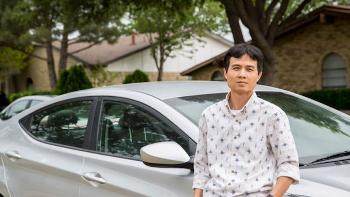 Eh Wah is a refugee from Burma and he has been a U.S. citizen for 10 years but hasn’t forgotten his home country.

His band has raised tens of thousands of dollars for a religious college in Burma, a church and an orphanage in Thailand.

That money was in jeopardy when a Muskogee County (OK) deputy stopped him for a broken taillight.

After giving a warning for the taillight, $53,000 was seized from the vehicle.

On Monday a hearing was held accusing Wah of illegal drug sales.  The case was dismissed.

The man manages a Christian band touring and raising money for charity, so he had a lot of cash on him when he was stopped on Highway 69.

Deputies seized that money under Oklahoma’s civil asset forfeiture law.  This case has caused legislators to push for reform.