Ilhan Omar and AOC are among the sponsors 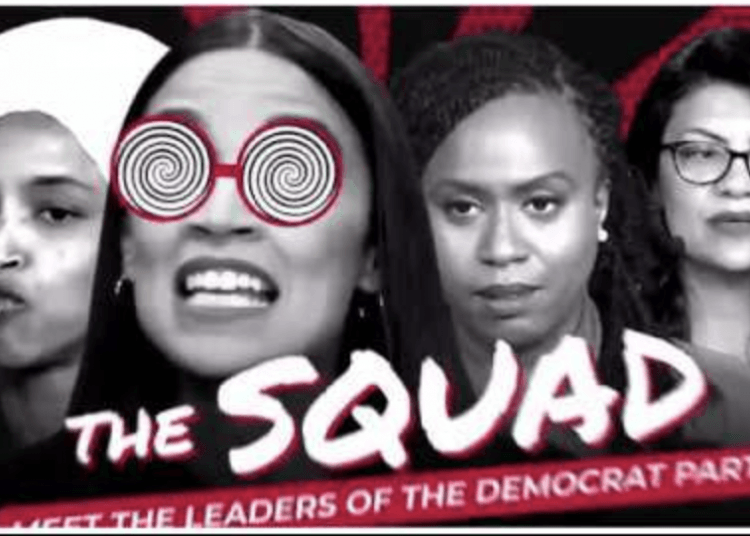 WASHINGTON – At this moment there is a bill pending in Congress called the New Way Forward Act. It’s received almost no publicity, which is unfortunate as well as revealing.

The legislation is sponsored by 44 House Democrats, including Reps. Ilhan Omar of Minnesota and Alexandria Ocasio-Cortez of New York. At roughly 4,400 words, it’s almost exactly as long as the U.S. Constitution, Tucker Carlson reported on his show Thursday.

Like the Constitution, this legislation is designed to create a whole new country. The bill would entirely remake our immigration system, with the explicit purpose of ensuring that criminals are able to move here, and settle here permanently, with impunity, Fox News reported.

You may think we’re exaggerating for effect. We’re not – not even a little.

The New Way Forward act is the most radical single piece of legislation we’ve seen proposed in this country. It makes the Green New Deal look like the status quo.

A document produced by Democrats to promote the bill says: “Convictions … should not lead to deportation.”

Keep in mind, we’re not talking about convictions for double parking. The bill targets felony convictions – serious crimes that send you to prison for years. A press release from Rep., Jesus Garcia, D-Ill., is explicit about this.

Garcia brags that the bill will break the “prison to deportation pipeline.” How does the bill do that? Under current U.S. law, legal U.S. immigrants can be deported if they commit an “aggravated felony” or a “crime of moral turpitude” – that is, a vile, depraved act, like molesting a child. Under the New Way Forward Act, “crimes of moral turpitude” are eliminated entirely as a justification for deportation. And the category of “aggravated felony” gets circumscribed too.

What does that mean?

Consider this: Under current law, immigrants who commit serious crimes – such as robbery, fraud, or child sexual abuse – must be deported, regardless of the sentence they receive. Other crimes – less severe ones like racketeering – require deportation as long as the perpetrator receives at least a one-year sentence.

But if this bill passes the House and Senate and is signed into law by the president, there will no longer be any crimes that automatically require deportation. None.

And one crime – falsifying a passport – will be made immune from deportation, no matter what. Because apparently 9/11 never happened, and we no longer care about fake government documents, Fox reported.

If you just renewed your driver’s license to comply with the Real ID Act, you must feel like an idiot. Under the proposed legislation, the minimum prison sentence for crimes that still require deportation would rise from one year to five.

We checked the Bureau of Justice Statistics. According to federal data, crimes like car theft, fraud, and weapons offenses all carry average prison sentences of fewer than five years. And that’s just looking at averages. There are people who commit rape, child abuse and even manslaughter and receive sentences of fewer than five years. Lots of them.

If the New Way Forward Act becomes law, immigrants who commit those crimes and receive those sentences would remain in the country. They’ll all be eligible for citizenship one day, too.

But even that is understating the law’s effect. Even a five-year prison sentence won’t necessarily be enough to secure deportation. The bill would grant sweeping new powers to immigration judges, allowing them to nullify a deportation order.

The only requirement is that “the immigration judge finds such an exercise of discretion appropriate in pursuit of humanitarian purposes, to assure family unity, or when it is otherwise in the public interest.” In other words, anti-American immigration judges – and many of them are exactly that – would have a blank check to open the borders. No vote required.

Sound shocking to you? We’re just getting started. Current U.S. law makes drug addiction grounds for deportation, because why wouldn’t it? This bill would eliminate that statute.

Current law also states that those who have committed drug crimes abroad, or any “crimes involving moral turpitude,” are ineligible to immigrate here. The New Way Forward Act abolishes that statute.

A Mexican drug cartel leader could be released from prison, then freely come to America immediately. And if he wants, he could come here illegally, and it wouldn’t be a crime – because, and you were waiting for this, the bill also decriminalizes illegal entry into America, even by those previously deported.

According to a document promoting the bill, criminalizing illegal entry into America is “white supremacist.”

By this point, you’re beginning to wonder if we’re making this up. We’re not. In fact, we’re barely halfway through the bill.

To detain illegal immigrants, Immigration and Customs Enforcement (ICE) would have to prove in court that the illegal immigrants are dangerous or a flight risk. But of course, ICE wouldn’t be allowed to use a detainee’s prior criminal behavior as proof he or she is dangerous. That’s banned.

ICE would have to overcome even more hurdles if the detainee claims to be gay or transgender, under 21, or can’t speak English and an interpreter isn’t immediately available.

In other words, it would be much harder to arrest an illegal alien than it is to arrest you. They’re the protected class here. You’re just some loser who’s paying for it all.

But believe it or not, we saved the nuttiest part for last. What could be more destructive than changing U.S. law, specifically to allow rapists, child molesters, and drug dealers to stay in America? How about this: Using taxpayer money to bring deported criminals back into America.

That’s right. This bill would not only abolish your right to control who lives in your own country, but it invents a new right in return: the “right to come home.”

The bill orders the government to create a “pathway for those previously deported to apply to return to their homes and families in the United States,” as long as they would have been eligible to stay under the new law.

The Department of Homeland Security must spend taxpayer dollars transporting convicted criminal illegal aliens into the United States. Who will be eligible for these free flights? Tens of thousands of people kicked out of this country for all kinds of crimes. Sexual abuse. Robbery. Assault. Drug trafficking, weapons trafficking, human trafficking.

From 2002 to 2018, 480,000 people were deported for illegal entry or reentry into America. And under this bill, you’d have to buy them all a plane ticket to come back. The tickets alone would cost about a billion dollars, and that’s before Democrats make you start paying for these criminals’ free health care, too. Which they plan to.

The New Way Forward Act fundamentally inverts every assumption you have about America. Under this legislation, the criminals are the victims. Law enforcement is illegitimate. It’s racist, just like the country you live in, and the only solution is to get rid of both. America would be better off as a borderless rest area for the world’s worst predators and parasites.

This is a big deal. It’s hard to believe any American would put these ideas on paper, much less pass them into law. Yet, remarkably, the press has ignored it. Scores of Democrats have backed it, but the bill hasn’t been mentioned in The New York Times, or on CNN, or even in self-described conservative outlets like National Review.

If a lone Republican state legislator from Minot, N.D., had proposed a bill this extreme, that would remake America this completely, the president himself would be expected to answer for it.

CNN would demand the president “disavow,” even if he knew nothing about it. But when one-fifth of the Democratic caucus backs a bill demanding that you pay to import illegal alien felons, it’s a non-event in American media. They don’t think you should know about it. That’s dangerous.

Whether the press cares or not, these are the stakes of the 2020 election. A growing wing of the Democratic Party views America as essentially illegitimate – a rogue state, in which everything must be destroyed and remade: our laws, our institutions, our freedoms, our history and our values. That’s the point of all this, of course. An entirely new country, in which resistance is crushed, and they’re in charge forever.

Fox News adapted this piece from Tucker Carlson’s monologue on “Tucker Carlson Tonight” on Feb. 6, 2020, which can be viewed below:

YouTube video identifying “The Squad” and some of the ideas of the new Democratic party.