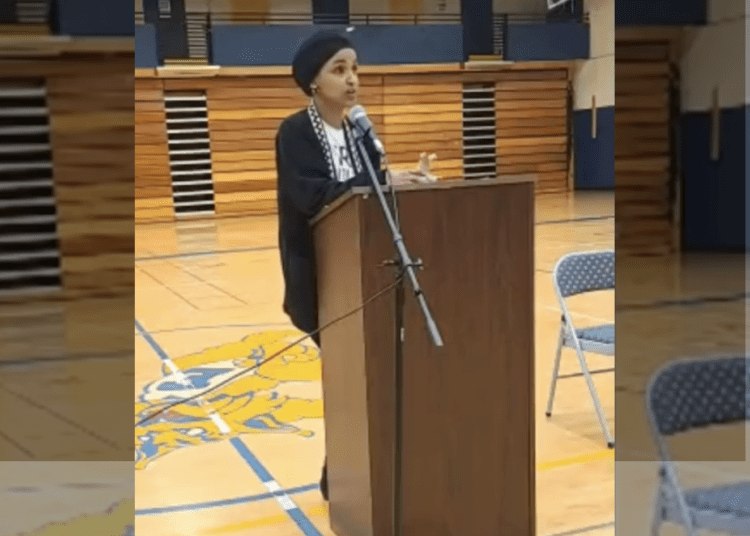 MINNEAPOLIS — Rep. Ilhan Omar (D-MN), the progressive far-left politician who has been one of the leading voices in the push to “defund the police,” is now blaming law enforcement officers in Minneapolis for rising crime rates in the city.

Speaking at a town hall event on Saturday in Minneapolis, Omar bloviated and blamed MPD for problems created by people like her after she previously referred to police as a “cancer,” and said “we need to completely dismantle the Minneapolis Police Department,” Daily Wire reported.

“What we must also recognize is that the reduction in policing currently in our city, and the lawlessness that is happening is due to two things,” Omar claimed. “One, the police have chosen to not fulfill their oath of office and to provide the public safety they are owed to the citizens they serve, right? It’s documented. But even before that, it was documented. The Minneapolis Police Department is the most dysfunctional police department, in our state and probably in the country.”

“The second part is that there has to be accountability,” Omar continued. “And someone that is actually taking responsibility for what the police does invest in to. And that doesn’t exist in this moment. And I do believe that the current charter that we have, that’s tied the hands of those who want to have that accountability, because we are mandated to have a specific amount of policing, we are mandated to, you know, have the kind of these union contracts that we have right now. I don’t know any other big city in the state of Minnesota that has the charter that we have, it just doesn’t exist.”

Ilhan Omar accuses police of not fulfilling their oath of office and blames them for the rise in violent crime in Minneapolis. pic.twitter.com/3LhuOuXEff

“The lawmaker’s comments come as violent crime has surged in Minnesota over the last year, rising 17% in total while setting records for murders,” Fox News reported. “Minneapolis, the state’s largest city, has had to fight the surge while its police department suffers from staffing and morale problems after the death of George Floyd in the city.”