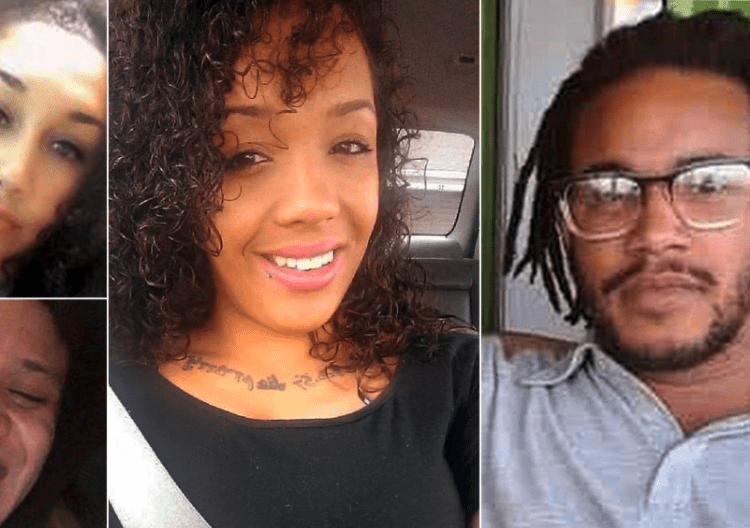 A suspect has been arrested and a second man is sought by law enforcement authorities. Read more.

MENOMONIE, Wis. — Law enforcement authorities in Wisconsin are searching for a killer(s) after four adults from Minnesota were found dead inside an SUV in a cornfield over the weekend, according to reports.

Among the dead were two men and two women, none of whom appeared to have any direct connection to Dunn County, Wis., where the bodies were found, the Milwaukee Journal-Sentinel reported.

Preliminary results of autopsies performed Monday by the Ramsey County Medical Examiner’s Office showed the victims all died of gunshot wounds, the Dunn County Sheriff’s Office confirmed. The agency is describing the quadruple homicide as a mystery.

The victims were identified as Matthew Isiah Pettus, 26, Loyace Foremann III, 35, and Jasmine Christine Sturm, 30, all from St. Paul; as well as Nitosha Lee Flug-Presley, 30, of Stillwater, according to ABC News.

Speaking at a Tuesday news conference, Dunn County Sheriff Kevin Bygd said authorities don’t believe the individual(s) responsible for the murders are local or remain in the area. Thus far, detectives do not have a motive for the mysterious homicides.

The Twin Cities-area victims were described as friends. Authorities believe they died less than 24 hours from the time they were found. The location of discovery about 50 yards into the cornfield “was a place these victims were randomly brought,” Bygd said.

“Everybody’s a suspect at this point,” he said. “We’re looking at everybody and every possibility.”

The Sheriff’s Office received a 911 call Sunday alerting deputies to the black SUV that was off a rural road in the Town of Sheridan, according to the law enforcement agency.

Officials believe there may have been a second dark-colored SUV traveling with the abandoned vehicle containing the dead bodies.

Plug-Presley’s father, Damone Presley Sr., told the Twin Cities Pioneer Press that the four victims were at a St. Paul bar Saturday night and they got in someone’s vehicle when they left.

“Why would this happen?” he said Tuesday. “… It just doesn’t make sense.”

The foursome was reportedly found by a farmer about 65 miles to the east of the Minnesota bar in Dunn County, Wis.

The Wisconsin Division of Criminal Investigation and the Wisconsin State Patrol are assisting in the investigation. If it’s determined the murders occurred in Minnesota before the bodies were transported to Wisconsin, the FBI would likely get involved.