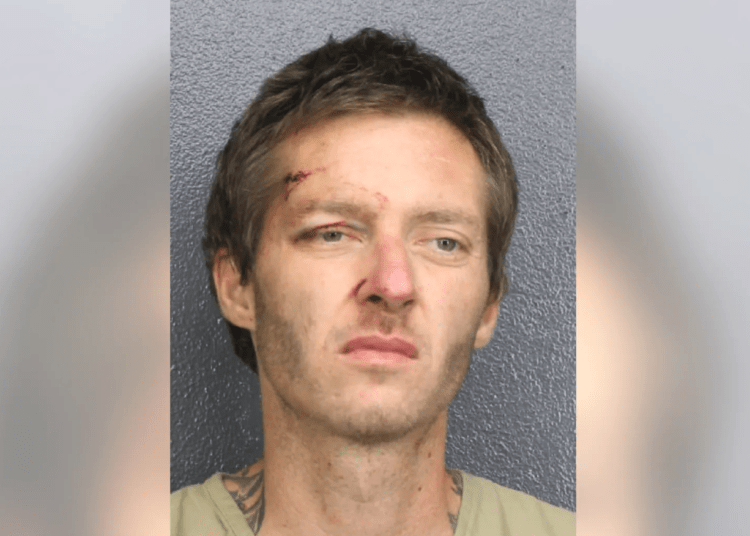 CORAL SPRINGS, Fla. – A man has been implicated in a Florida crime spree, involving three deaths and several vehicle crashes. Among the dead is a 1-year-old child, a woman, and a man, according to reports.

Detectives said the series of crimes and deaths began at an apartment complex on Friday. Authorities discovered a woman who was found dead and a 1-year-old child left mortally injured.

Spidle, 35, reportedly fled the complex in a vehicle and was subsequently involved in a series of collisions that left at least two people injured, and one man fatally shot, Fox News reported.

“He’s completely naked, and then I saw he’s out of his mind,” witness Lorena Sagna told a local news outlet.

Officers of the Coral Springs Police Department first responded to a report of a hit-and-run collision on Wiles Road. They tried to detain a silver Kia that was reportedly involved in a crash about 2 p.m. on Friday, according to Local 10 News.

“The officer initially did make contact with that driver who then ended up fleeing from that scene,” Coral Springs Police Deputy Chief Brad McKeone said.

Not long after, however, a vehicle matching the silver Kia’s description was involved in another crash in Pompano Beach. At this crash, police say the driver of the Kia was involved in carjacking a white pickup truck. The victim of the truck was shot and killed during the commission of the crime, authorities said.

The unidentified victim was shot multiple times and died at a local hospital, Fox News reported.

A final wreck was then reported in Coconut Creek. Two people suffered injuries at the crash. Spidle reportedly exited the stolen truck in the nude and proceeded to try to rob a woman of her necklace, investigators said.

Coconut Creek officers arrived on scene and took the naked man into custody.

Police then backtracked the investigation to the homicide that occurred during the carjacking and subsequently to Spidle’s apartment, which was located next door to where the woman and child were discovered.

The woman was pronounced dead at the scene while the young child was taken to an area hospital, but he did not survive.

Officials did not release how the woman and child died or how Sidle was connected to the homicide scene. However, Local 10 News said the boy suffered a head injury.

Neighbors at the apartment complex were left unable to make sense of the horrifying crimes as detectives investigate the convoluted trail of tragedy.

“Leaves you speechless, you know?” one neighbor said.

Spidle faces charges of murder, burglary and fleeing the scenes of multiple collisions.