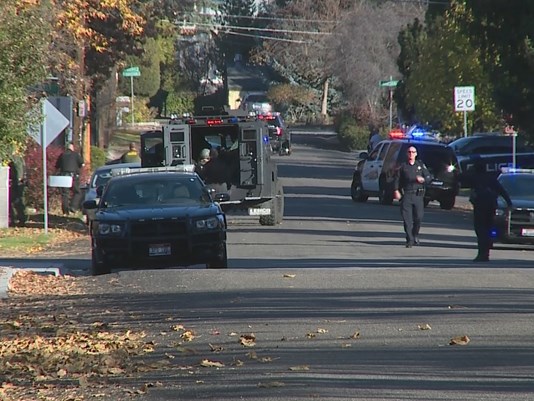 Two police officers and a wanted man have been shot during a standoff on the Boise Bench (ID) Friday afternoon.

Both officers have been rushed to Saint Alphonsus Regional Medical Center. Their conditions are unknown.

Police say they believe the shooter is 33-year-old Marco Romero, who is wanted in connection with a double shooting in Meridian Tuesday night.

Romero was also shot, and is being treated by paramedics. It’s unclear whether he is alive.

Police were unable to confirm whether a police dog was shot, but multiple Boise Police units – including a K9 unit – are gathered at the WestVet on Chinden Boulevard.

Share and speak up for justice, law & order...
Tags: headlineidahoNewsOfficer Down