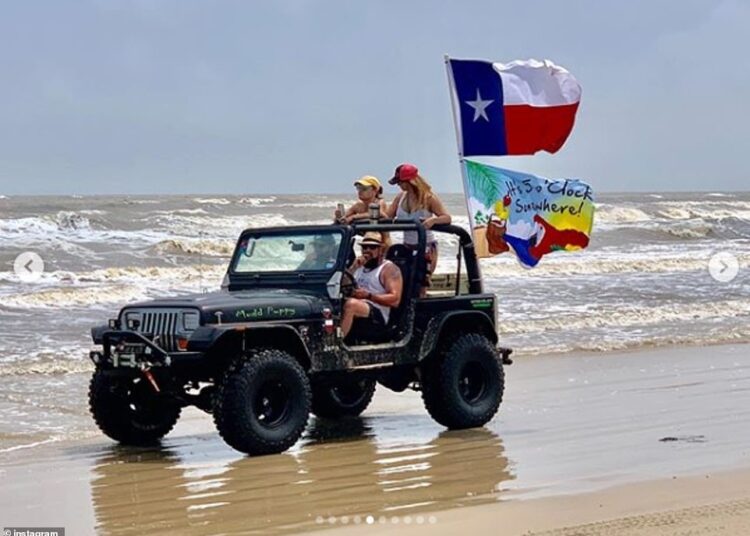 Galveston – The annual “Go Topless Jeep Weekend” in Texas was driven into chaos with over 100 arrests and dozens of individuals, including a sheriff’s deputy, winding up in the hospital during the weekend event for Jeep enthusiasts. Over 80,0000 Jeep Enthusiasts were reportedly present.

BPR reports that law enforcement was prepared for the event but activities quickly got out of hand when several drunken fights broke out.

Galveston County Sgt. John Hamm responded to a crash at approximately 1:30 am on Sunday and was struck in a hit-and-run by a suspected drunk driver, according to KHOU. Both his legs were broken, so was his arm and he received head injuries in the incident. He was airlifted to the University of Texas Medical Branch, where he underwent surgery Sunday morning. He was still reportedly being operated on as of Sunday afternoon.

Not even SNL could not write something as ridiculous as this actual, real news report from my local station pic.twitter.com/VVTziwuyOd

The 22-year-old driver, identified as Darius Danzell Gilbert, was taken into custody and charged with aggravated assault with a deadly weapon on a peace officer. It’s believed he was intoxicated when he hit the deputy. His bond was set at $100,000.

Thirty-eight people were taken to area hospitals during the rowdy event. Eight of those were taken by helicopter with the rest being transported by ambulance. Multiple area agencies, including Galveston Fire, Cy-Fair Fire, and North Montgomery Fire responded to incidents. Most were minor injuries but authorities say there were two major traumas.

In a Facebook post on Sunday, Galveston County Emergency Services District No.2 reported that the large influx of people was putting a major strain on emergency services.

“Today we’ve seen an increase in calls for service for EMS and fire assistance,” District Manager Doug Saunders said. “We’ve had limited communications due to the amount of people on the peninsula.”

Hundreds of Jeeps lined up to board the Galveston Ferry on Sunday morning.