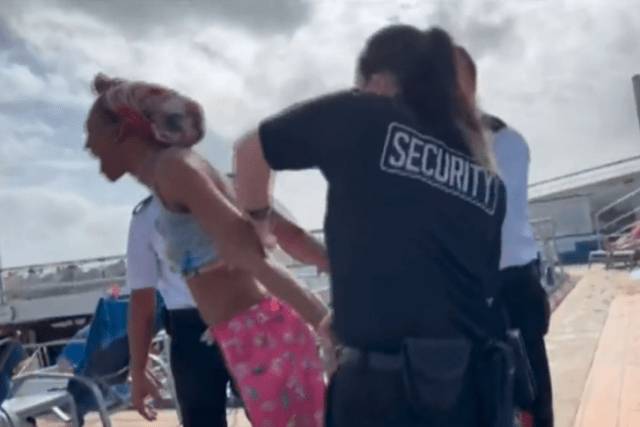 Passengers said the woman jumped after an incident between her and a man in the hot tub area on the 10th deck. (Screenshot WVUE-TV)

NEW ORLEANS – A recent video shows a woman scuffling with security as she’s being detained aboard a Carnival cruise ship. Following the encounter she reportedly jumped overboard and vanished in the Gulf of Mexico, according to several reports.

The cell phone footage obtained by Fox 8 shows the woman being detained by security personnel who grasp her hands behind her back as she screams “Alicia” while being led away from the pool area, which is on the 10th deck of the ship with 11 decks.

The video suddenly cuts to the frantic scene of passengers and crew members rushing to a railing, where a life preserver is seen being tossed overboard, the New York Post reported. 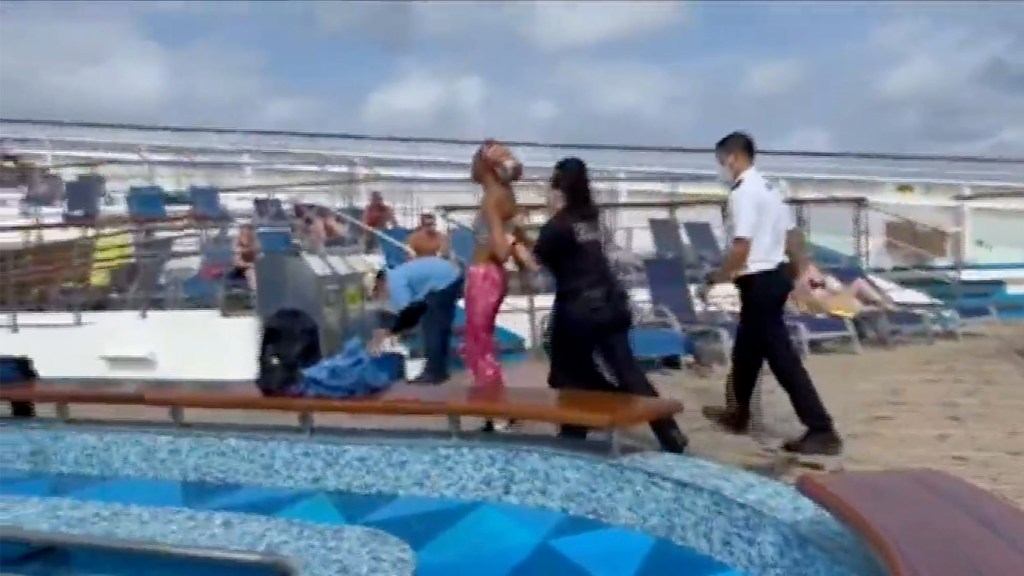 Cell phone footage shows the 32-year-old woman being escorted by security personnel who hold her hands behind her back. (Screenshot WVUE-TV)

Sobering images show the empty preserver floating in the water as well as others that show a flare marking the woman’s last known position. A woman went overboard from a Carnival cruise ship in the Gulf of Mexico on Feb. 16. She was never located. (Viewer photo via Fox 8)

It was unclear why the woman was initially being detained and subsequently led away by the ship’s security personnel, although passengers said the woman had a conflict with a man in the hot tub.

Despite claims by passengers, a Carnival spokesman told the New York Post the woman had not been handcuffed during the incident aboard the Carnival Valor.

“Carnival Valor supported the search for a guest who jumped overboard from her balcony on Wednesday afternoon while the ship was at sea. The ship’s command immediately began search and rescue procedures, returned to the area near where the incident occurred and notified the US Coast Guard,” spokesman Matt Lupoli said in an email, according to the Post.

“Carnival’s CARE team is providing support to the guest’s husband who was traveling with her, as well as her family,” he added. “Coast Guard officials took over the search effort and released Carnival Valor on Wednesday evening. Our thoughts are with our guest’s family.”

The woman was traveling with her husband on a five-day cruise to Mexico, Lupoli told NOLA.com. 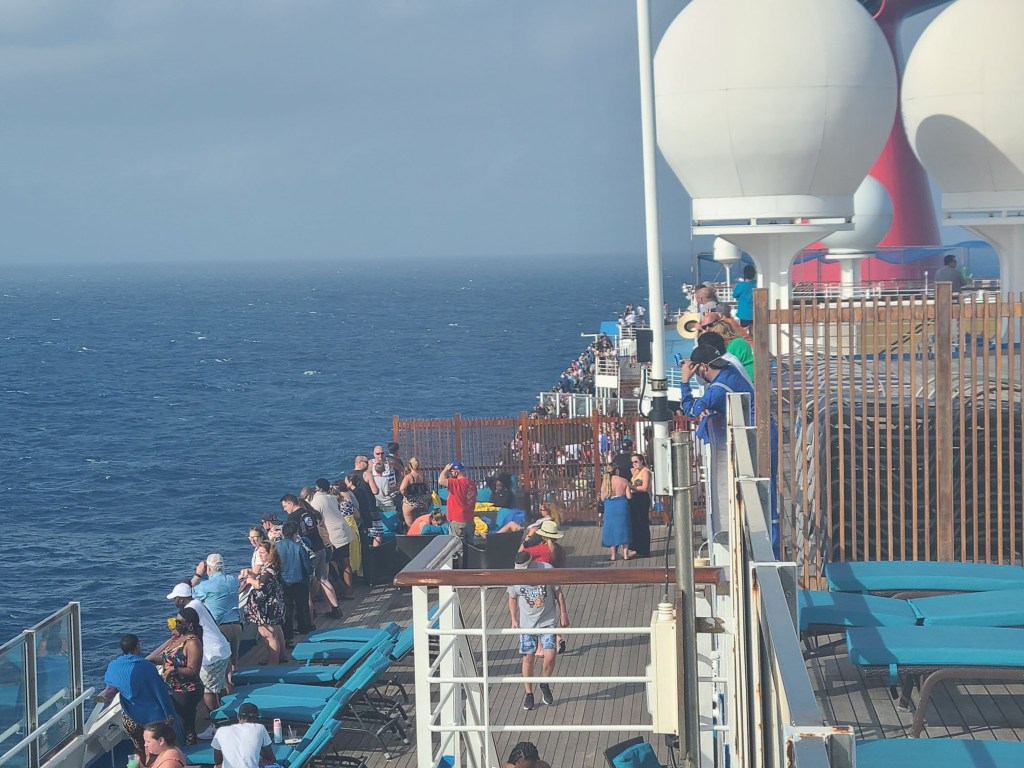 Passengers rushed to the edge of the ship after the woman went overboard. (johnnytrupp/Twitter)

“We offer our deepest sympathies to the family during this difficult time,” she added.

Several passengers confirmed the woman jumped after an incident with a man in the hot tub area, WAFB reported. It was unclear if the man was her husband.

“Security got her out of the hot tub. Whenever they got to take her into custody, apparently she was upset and went over the rail,” Baton Rouge resident Kim Barnette told the news outlet.

Emil Avenarius, who recently retired after a 31-year-career in law enforcement, said he headed to the scene when he heard the “Man overboard” call.

“Security tried to calm her down, and she was belligerent toward them. They had to restrain her because she was combative,” Avenarius told NOLA.com.

“She broke loose and flipped herself over the side,” he said, adding that an eyewitness described seeing her head strike a lifeboat as she fell overboard.

“She saw blood when [the woman] hit the water and jerking motions. She said it looked like a seizure, and I said that might have happened with the head injury,” Avenarius said.