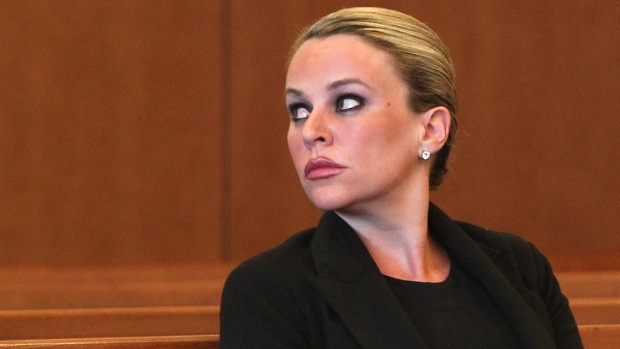 A 40-year-old mother from Massachusetts has pleaded guilty to rape after seducing a pair of teenaged twin boys, one of them her own daughter’s boyfriend, reports say.

Heather Salines was sentenced to four years in prison and three years’ probation on September 12 after pleading guilty to two counts of raping a child, as well as two counts each of child enticement and dissemination of obscene material to a minor, along with a single count of indecent assault and battery on a person over 14, the Daily Mail reports.

During her probation period, she will have to wear an ankle monitor and will also have to register as a sex offender, the court ordered.

The woman’s crimes were discovered in 2014 when one of the teen boys was found with nude pictures of the older woman on his cell phone. Under questioning, he admitted he had been having sex with Salines and showed that the pair had been exchanging nude photos with each other.

Prosecutors were prepared to offer Salines a plea deal when the first victim’s brother then came forward with evidence that the woman had solicited him as well. As with his brother, the second teen showed nude photos of Salines on his phone and also showed investigators a selfie of the pair nude in bed in a local hotel room.

On one nude photo Salines took of herself, the court found she had written the teen’s name in marker on her body.

During her trial, prosecutors alleged that Salines had sex with the twins on multiple occasions in cars, in her own home, and at a local Doubletree hotel.