The Suspect Fled Police With A Gun 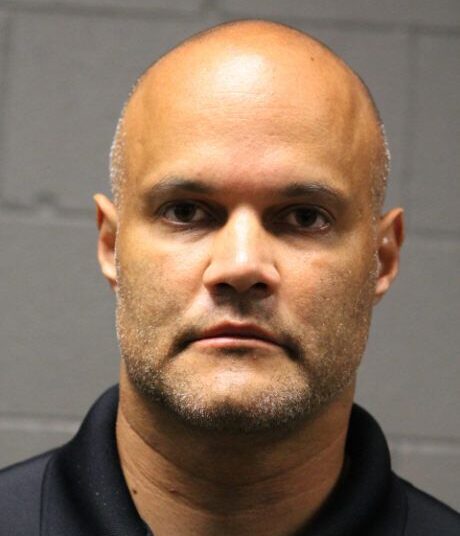 Chicago – A Chicago police supervisor was arrested on allegations that he used excessive force. Authorities announced the arrest of Chicago Lt. Wilfredo Roman on Thursday and accused him of shoving a flashlight between a clothed teen’s buttocks in February.

Following a bond hearing for Roman, he was ordered released on his own recognizance. According to the Chicago Tribune, prosecutors said the officer “shoved” a flashlight between the buttocks of a 17-year-old suspect in February, after he was handcuffed and over his clothing, and saying, “That’s what you get for carjacking.”

Assistant State’s Attorney Mary McDonnell said the incident took place as police were arresting the 17-year-old, identified only as “Z.K.”, and a second teen, 16, on North LeClaire Avenue after a foot chase. 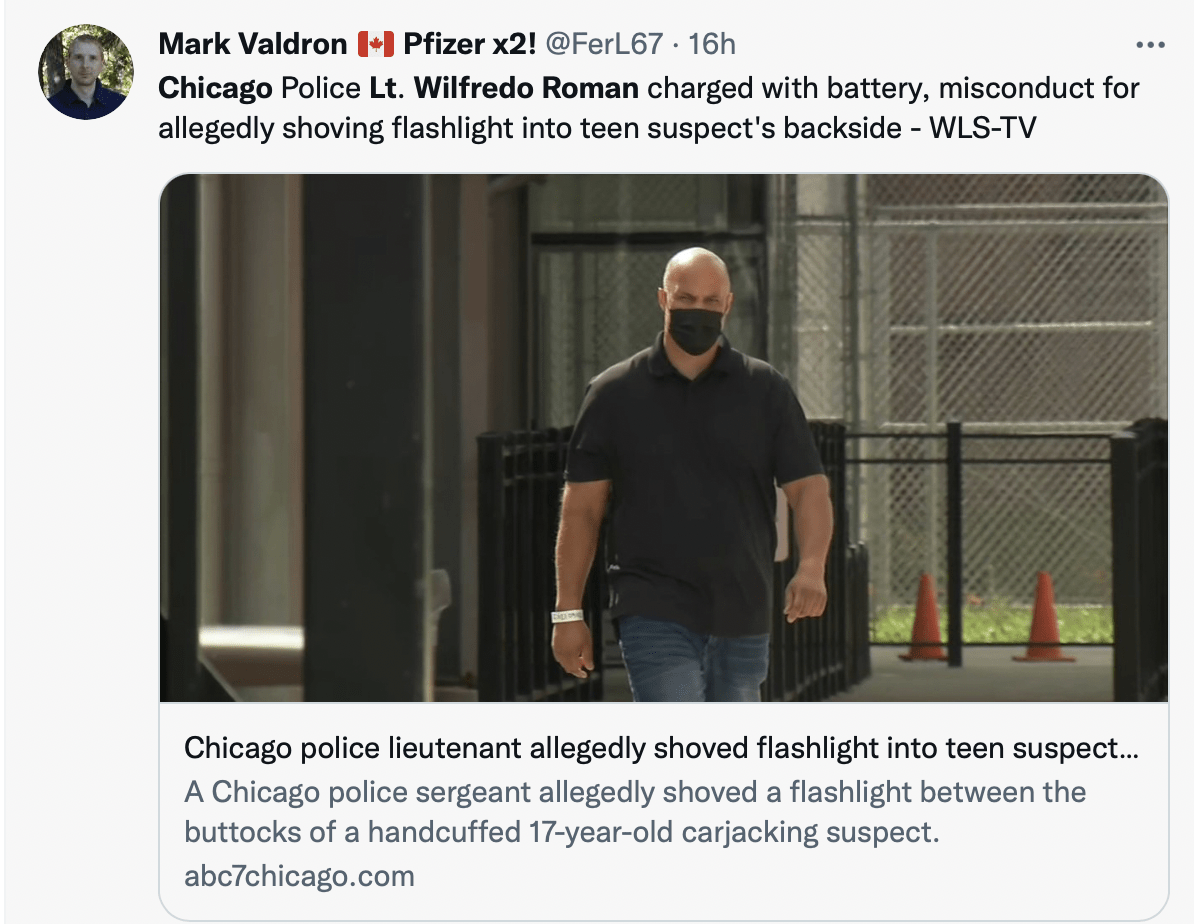 After allegedly carjacking a man at gunpoint and taking his Mazda, the teens were spotted by Roman, who radioed in to report that they had fled on foot and he was chasing them but could not get over a gate.

Other officers caught up to Z.K. in an alley, where he allegedly tossed a handgun while trying to climb a fence, McDonnell said. An officer gave the teen verbal commands to surrender, and he then raised his arms and got on the ground. While being handcuffed, Z.K. yelled at the officers that the handcuffs were too tight.

As the arresting officer loosened the cuffs, Roman allegedly walked up and yelled at Z.K. to shut up and then “shoved his flashlight between Z.K.’s buttocks,” McDonnell told the judge.

McDonnell told the judge the teen “yelled out when the flashlight entered his buttocks.” McDonnell said the teen was clothed when the incident occurred.

The incident was captured on officer body cameras.

Roman’s lawyer, Jim McKay, said that the Z.K. did not suffer an injury and that he was fully clothed and wearing a jacket at the time of the event.

“This is a spank or a spanking, for the love of God,” McKay said. “I had nuns that treated me far worse.”

McKay also noted that Roman, 44, a father of two who is engaged to be married, has never been disciplined by the Chicago Police Department.

The Chicago Police Department issued the following statement on the case:

“Last night, Lt. Wilfredo Roman of the Chicago Police Department surrendered for arrest to members of the Department’s Bureau of Internal Affairs at the 1st District Police Station,” the statement said. “The Cook County State’s Attorney has since approved felony charges for Aggravated Battery/Public Place and Official Misconduct/Fail Perform. These charges are related to an on-duty incident that occurred on February 9, 2021 in the 1900 block of N. LaCrosse (25th District). Upon learning of the incident in July, the department promptly relieved Roman, 44, of police powers. He could face additional disciplinary actions pending the outcomes of the criminal and administrative investigations.”

Roman is a tactical lieutenant in the Grand Central patrol district on the far West and Northwest Side.