Thinking of de-escalation as a verb, an action the police can do to a suspect, fails to account for the two things required of the suspect for de-escalation to be successful.

No doubt “de-escalation” is a buzzword in law enforcement and in the media. It’s usually discussed as a verb, meaning it’s an action that police can take. Conventional wisdom says as a law enforcement officer, I am supposed to “de-escalate” a suspect in the same way I act other verbs such as when I question a suspect, handcuff a suspect, etc.

De-Escalation as a Noun

I, however, believe thinking of de-escalation as verb is a mistake. I believe “de-escalation” is more like a noun. It is 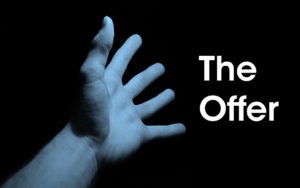 something that I can offer a suspect but not something I can do to a suspect. Certainly, there are actions an officer can perform to try to defuse a crisis, but those actions usually can be summed up as the officer controlling his or her own behavior (e.g. speaking calmly). If de-escalation were a verb, that would mean that in a crisis situation, the police either did or did not perform the act of de-escalation. But recognizing that de-escalation is more like a noun, the true test is whether or not I offered de-escalation and whether or not a suspect accepted my offer.

The Suspect Must Agree and Participate

In a crisis situation, offering de-escalation is a viable tactic that is sometimes appropriate in the same way that using force is at other times appropriate. Consider a suspect barricaded in his home refusing to exit and submit 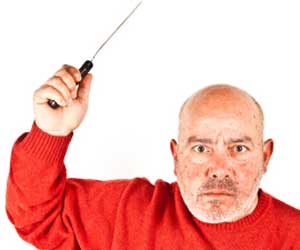 A Diminished Capacity to Accept the Offer

Consider a mentally ill man, armed with a metal pole, roaming through a downtown neighborhood while threatening passersby. Perhaps because of his illness or concurrent substance use, he is suffering from what is known as diminished capacity. His capacity to both agree and participate with the responding officer’s offer of de-escalation is diminished. Regardless of the negotiation and tactical skills of the responding officers, if the suspect is completely unable to agree and participate, then the offer of de-escalation is likely not a viable tactic. Instead, the use of decisive and reasonable force may become necessary.

The Superhuman Power to Control Others

I am all for law enforcement officers handling incidents with the utmost skill and professionalism. As a matter of fact, I have devoted the better part of my police career to helping officers do just that. De-escalation is an important tactic to understand but it requires an accurate understanding. If law enforcement officers possessed the super human power to control suspects behavior through simply choosing to de-escalate them, the world would be a safer place for suspects and officers alike. In reality though, officers can only offer de-escalation and in order for that offer to be successful, the suspect must first agree and then participate in the process.

Scott Savage is a law enforcement officer in California and the founder of the Savage Training Group, a law enforcement training organization – savagetraininggroup.com.
What Are Your Thoughts?
Post Views: 0
Tags: de-escalationnounpolicetacticsverb

How to Stay Sane During Tough Times

What to do with paralyzing fear

Chicago, Shooting Gallery of the Midwest