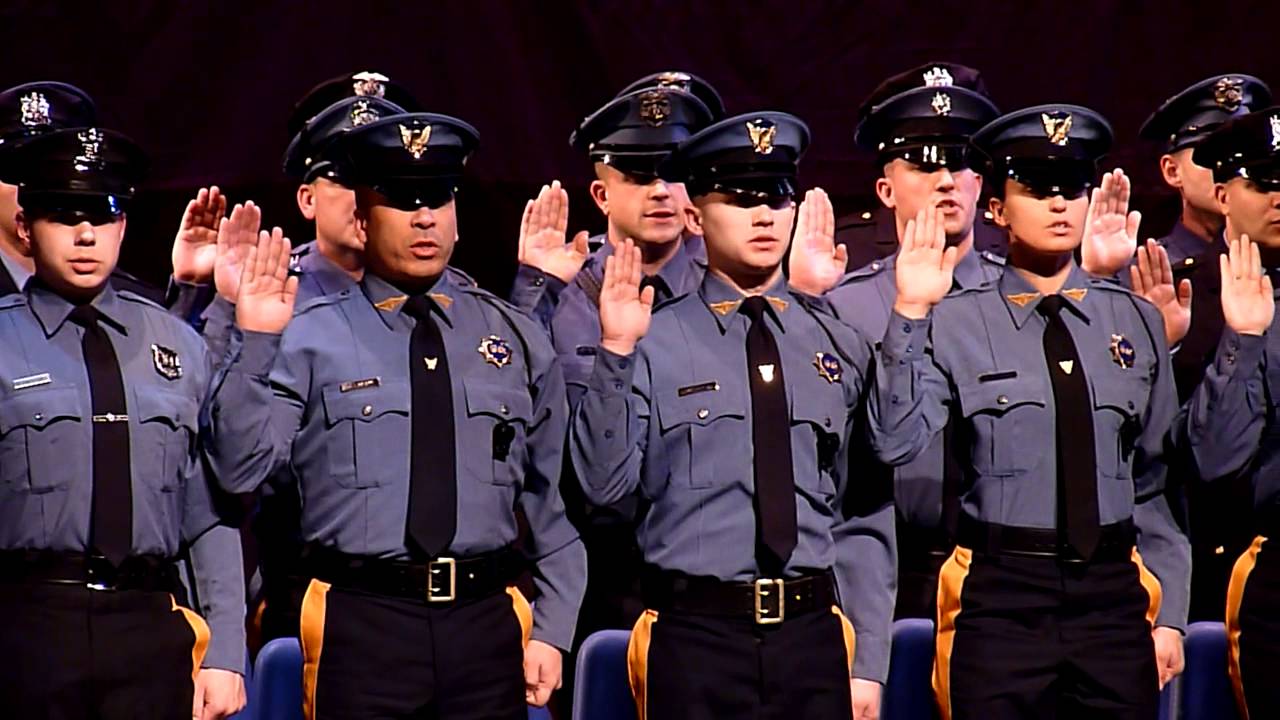 Why Marriage Should Matter More to Cops

Why Marriage Should Matter More to Cops

Several years ago, a new assignment with my City agency required me to receive a special deputy commission for the County in which I served.  There was no fanfare involved.  I walked up to the third floor of the courthouse, handed the clerk the required paperwork, and she began the process.  She told me to raise my right hand and begin reading the oath, so I did.

The room was rather large, and there was a small crowd of people filing for marriage licenses or dealing with other legal matters.  As I began reciting the oath, I suddenly noticed that the room grew silent.  It felt as though every eye in the room was focused on me.  And then something happened that I never experienced before that day or since, even though I have years of public speaking experience.

A wave of panic came over me, my mouth became dry, and it felt like my throat was closing.  I tried to cough it away, but the more I tried, the worse it got.  Those three short paragraphs seemed like a dissertation that I would never complete.  I could feel the sweat forming on my forehead, and I finally shoved the paper back at the clerk and said, “You read it!”

The clerk read the oath while I raised my right hand.  I said, “I do,” and tried to get out of there as quickly as possible.  The situation is quite humorous today as I think about it, but on that day…not so much.  I don’t think I got that nervous the day I stood at the altar and said, “I do” to my wife!

Taking oaths and being sworn in is nothing new to cops.  Our journey begins by swearing to uphold the Constitutions of the United States and the State in which we serve, as well as the laws of said State.  It continues each time we step into a courtroom to testify that we will “swear or affirm that the testimony you are about to give is the truth, the whole truth, and nothing but the truth.”

The overwhelming majority, as in 99% of us, would not dare violate the oath we take.  Contrary to what some in our society may believe, we do not tolerate others who tarnish the badge, violate the oath, and fail to do what they swore to do.  We will keep that oath if it costs us our life, our health, and oftentimes even our personal well-being.  We aren’t willing to lose our job, soil our reputation, and disappoint our brothers and sisters.

There is another oath that many of us have taken, whether in a church, courthouse, or other venue.  On January 14, 2006, I stood before God, the Pastor, our families, friends, and a host of witnesses and declared to my bride that I would “for better or worse, in sickness and in health, for richer or poorer, as long as we both shall live” commit my life to her.

Let’s agree for a moment that the estimates suggesting 75% of law enforcement marriages end in divorce is really high.  Even if we agree with national averages of a 50% failure rate, why is that 99% of us can keep an oath to the government, but we have such a hard time keeping the oath to our spouses?

Marriage is not easy, and I won’t tell you that it is.  Our profession isn’t easy either but we stick together and get through it.  We should place as much resolve, respect, and value in upholding the marriage oath as we do the oath to serve.

Let that be your challenge this week.  Think about it.  What needs to change?  How can you shift priorities and view your marriage with the commitment it deserves?  How can we begin to hold one another accountable?

We understand oaths, and marriage should matter more to cops.