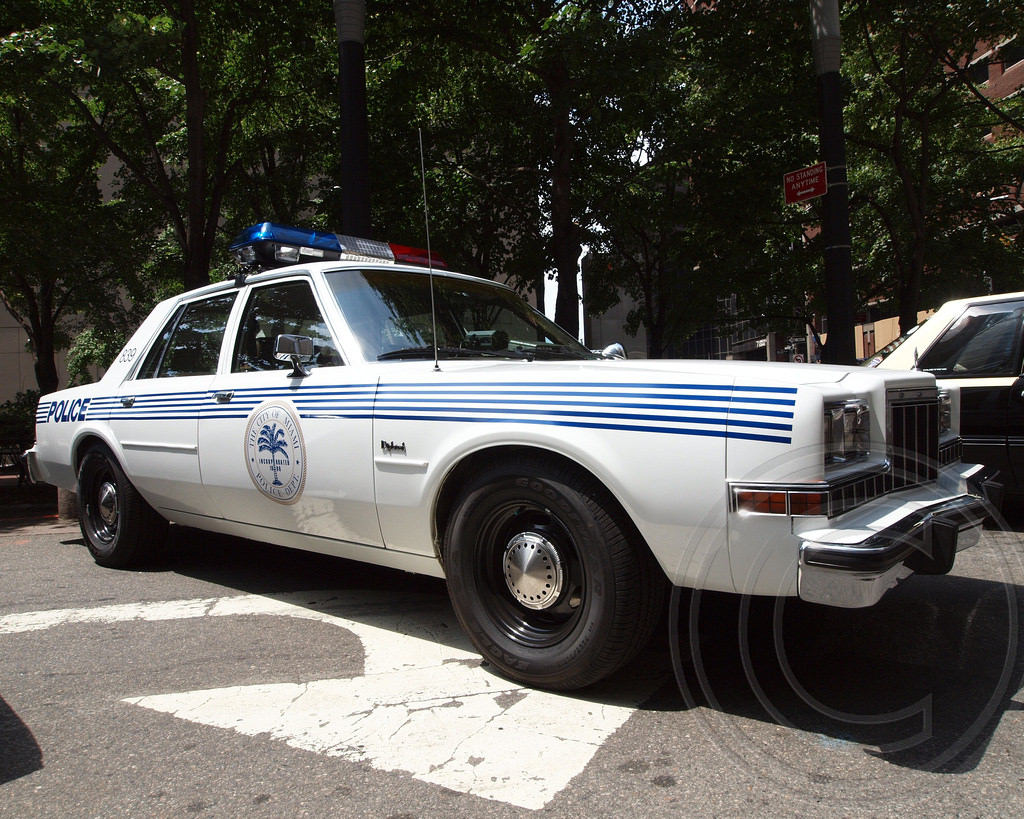 Why I Would Never Encourage My Children To Become Police Officers

Why I Would Never Encourage My Children To Become Police Officers

Being a cop is a great job, I thoroughly loved it for the first ten years or so. As a police officer, I was able to help countless people, made some of my best friends and became a member of a life long fraternity. I worked with people who I will never forget as long as I live, people that on more than one occasion saved my life, came to my aid and stood by me in difficult times. No matter where I go, New York, Chicago or Los Angeles, whenever I identify myself as a police officer to a police officer I get treated differently.

There were also plenty of people I couldn’t help, people I could do absolutely nothing for but say a prayer over their body, people that met their maker in my presence by their own hand or that of another. These are the people that haunt me daily. I was twenty years old, never had a real job in my life and I was given a gun, a modest amount of training and basically told to go forth and enforce the law, protect society and serve the community.   I was a rookie policeman in Miami in the 1980’s, a time when death and crack cocaine was everywhere. It ruled the life of many and ended the life of many more.

My father was a cop, my grandfather was a cop and my great uncle was a cop. I was the third generation in a line of cops, the first in my department and I truly hope I am the last of that line. My father was a cop in the 1960’s, my grandfather and uncle in the 1940’s and 1950’s and all killed people in the line of duty. As a rookie I worked with many old timers that killed in the line of duty, some more than once. I looked at these men in awe, sort of idolized them as old gunslingers of the Wild West. These men never spoke of their shootings, all our information came from rumors. One memory sticks out in particular, in the last years of his career, this person worked the front desk at a regional substation.   He was a devout Christian, read the Bible constantly during down time and never said more than five words to me when I worked with him. He was a big man, one that could easily beat you to death as sure as he could shoot you, yet he was quiet and gentle. Even in his last years on the job, he was nothing short of an intimidating physical presence. I never gave a thought to the emotional trauma these men were exposed to, they were crime fighters and they showed no emotion. My father never spoke of his shootings and the only one I recall was when I was about ten years old. My father shot and killed a man and was placed on three days administrative leave per policy so we got to start our vacation three days early that year. It wasn’t until many years later, when I became a policeman that I discovered what happened that night. My father didn’t tell me, I pulled the police report and read it for myself.

My father was dispatched to a dispute between two males in a project area. When he arrived, one man armed with a knife chased another into a house. The subject had already stabbed the victim at least once. My father followed them in and in a dimly lit bedroom, no more than a few feet apart, three men’s lives crossed and were changed forever. After ignoring commands to drop the knife, the subject was standing over the victim who had fallen on a bed, the knife was reared back, over his head ready to plunge into the victim again when my father fired. The subject was shot twice, once in the neck and once in the torso and he died. My father never spoke of this shooting, not when I was a child, not when I applied to be a police officer, not even when I graduated the police academy, never, ever. Then again, under the reigning school of thought he wasn’t supposed to. My father, like many of his generation, they were expected to take their three days off and report back to work thereafter. They weren’t touchy, feely men, they were hardcore crime fighters, expected to do society’s dirty work and feel nothing. Like many of these shootings, this shooting was up close and personal, only a few feet apart with time to look into the face of the life you’re taking. The subject in my father’s shooting was a bad guy, he was intent on killing his victim and this was a “good shooting,” but is there ever really a good shooting?

When I was a patrolman, I was dispatched to a call reference a man lying on the side of the road. When I arrived I found an eighteen-year-old kid lying on the shoulder in a condition, technically termed in police language as “shot to shit.” This kid had so many bullet holes in him I don’t know how he was still alive.   I stood over him, the only thing I could do is ask for an ETA on rescue, several times. Then he spoke, he asked me “Is it bad?” I replied, “It aint good!” He asked me to tell his mother and I kneeled down next to him, wrote down his name, address and mother’s name. I remember feeling helpless, I was relieved when rescue finally arrived so someone could do something for this kid. He died at the hospital. He wasn’t a good kid, he was a player in the drug trade and was taken out by a rival. I remember everything about him, his name, where he lived, what he was wearing, how he sounded and the look of coming death in his eyes. He was three years younger than I was, I was twenty-one.

I was dispatched to an armed robbery at a gas station in the wee hours of the morning where I found a pool of blood next to a gas pump and nothing else. The attendant told me the guy who was shot drove off. A few minutes later the victim showed up at the hospital, another officer secured the scene and I went to the hospital to interview the victim. The hospital staff was preparing him for an airlift to the trauma center, he was alert and talking. He told me a man with a gun approached him while pumping gas, the man demanded his wallet and he handed it over to him. When the subject was walking away, he turned and shot the victim in the head. I asked him what it felt like, he said it was like getting hit in the head with a 2×4 and he has the worst headache he’s ever had but otherwise he felt ok. He was twenty-five years old.

On October 30th, 1993, I was at NW 54 Street and 7th Avenue when I got a call from my homicide partner. One of my academy classmates was shot in an armed robbery. She was beautiful, with two young children and was nothing less than a wonderful person. The subject took three dollars, a set of keys and my friend’s life. She was thirty-four years old. I visit her every chance I get.

When I was in homicide I got to see a side of society few get to witness, and that is the damage humans can inflict upon one another. I’ve seen people literally ripped apart in car wrecks, shot by every caliber of handgun imaginable, crushed to death and beaten by those who supposedly loved them. Death was my occupation and it was plentiful, it takes a toll on you, it has to. When death and destruction become routine it changes you, you are desensitized, more accepting of tragedy, less compassionate.

My children are eighteen and nineteen, almost the age I was when I became a policeman. They are both in great colleges and thankfully pursuing other interests. If they decided to become police officers on their own, I’d be supportive and proud, however if they ask for my counsel, I’d give them the talk I didn’t get.

Patrick J. McGeehan, Esq. is a criminal defense and family law attorney in Miami, Florida. In addition to having over 20 years of law enforcement experience in the South Florida region, Mr. McGeehan was a police instructor in several areas as well as a court certified expert witness in D.U.I., speed measurement, accident reconstruction and other law enforcement fields. Mr. McGeehan has been featured on numerous national news networks, radio and print media regarding his legal work. He can be reached at the Law Offices of Patrick J. McGeehan, P.A., One Biscayne Tower, 2 South Biscayne Boulevard, Suite 3760, Miami, Florida 33131, 305-577-4933, [email protected]; www.pjmlawyer.com.