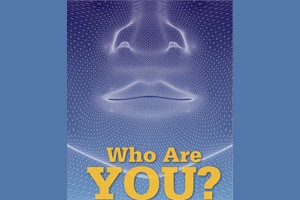 Just about every episode of the TV show “Las Vegas” has the security staff nailing some bad guy by using facial recognition software. Other shows such as CSI and NCIS also use the technology on a regular basis. Of course, sometimes they have to “enhance” the photo or video image, and they often can match a facial image when most of the subject’s face is turned away from the camera.
Things are a little different in the real world, where nothing works as perfectly or as routinely as it does on TV. However, advances in science and computing have indeed moved many technologies well along the path toward routine reliability. Among the tools that have come the farthest is the field of biometrics.
Most officers are familiar with biometrics through their use of the Automated Fingerprint Identification System (AFIS). Additionally, some agencies utilize different biometric systems for access control, and for suspect identification in jails and courtrooms.

Biometrics Defined
Simply put, biometrics are systems that recognize a person through analysis of certain physiological or behavioral characteristics. Some biometric systems focus on one particular characteristic (e.g., AFIS), while others rely on a combined set of identifying factors.
Besides fingerprint comparison, different biometric systems include voice recognition, retinal and iris scanning, handwriting analysis and facial recognition software. Most types of biometric systems are participatory in nature. That is, they require input—usually knowingly—from the subject. Additionally, such systems are specific in nature, meaning they seek to take one individual who has provided the sample for analysis, and compare that sample to a recorded or known sample or template.

Facial Recognition
One of the fastest growing sectors of the biometrics field is facial recognition. While facial recognition has similarities to other branches of biometrics, it’s unique in that rather than relying upon individual cooperation and submission of a sample, facial recognition systems can scan a crowd, looking for a particular individual. Or, they can constantly scan and compare members of a crowd to a database of known faces.
Facial recognition research began in the 1960s with early two-dimensional (2D) systems. Over the years, advances were slow but steady, although certain problems were difficult to overcome. Chief among these was that comparisons relied upon measurements and characteristics of a 2D image, which was a photograph having certain qualities related to lighting and positioning. If a subject’s comparison image was lit differently, or the person was facing in a slightly different direction, the results often proved unsatisfactory.
Newly emerging facial-recognition technologies utilize a three-dimensional (3D) model. Capturing facial characteristics with a 3D data model reduces errors caused by lighting, facial expression and positioning. A computer program manipulates the captured 3D image, aligning it so that measurements can be taken. The software then maps the measurements of certain points on the subject’s face and translates that data into a numbered sequence that is matched against those existing in the comparison database.
Some facial recognition systems employ a secondary type of analysis called a surface texture analysis (STA), which is actually a “skinprint.” Following the comparison described above (sometimes referred to as a local feature analysis), an image is taken of the surface of the subject’s skin, and that image is analyzed and compared to the STA of the match from the database. This secondary analysis provides another layer of comparison, thereby reducing the likelihood of a mismatch.

Accuracy
Facial recognition works best when used in a controlled environment, such as in a corrections setting. In any environment in which the subject knowingly contributes a sample—in this case, standing still for a digital photo—the comparison software will function better. Mapping a stable sample, then comparing it to a database of known samples, is fairly straight-forward.
The process becomes more difficult when images are grabbed from moving, unknowing individuals. In that case, the software must manage lighting, shadows, movement, expression, position and angle. The more of these variables you have, the more difficult the comparison task will be, especially if the captured image is compared to a database for identification purposes as opposed to one particular sample for verification only.

Real-World Success Story
Pinellas County, Fla., uses facial-recognition systems at the Pinellas courthouse, the Pinellas County Sheriff’s Office (PCSO) detention facility and at the jail visitation center. The PCSO has been extremely successful in identifying suspects and other individuals through comparisons to images on file in its database. And the greatest success has come from deploying the system in street-patrol units.
In one notable incident, deputies had a suspect who provided a false name and date of birth. After the deputies showed the suspect the photo match that confirmed her identity as a person wanted on two felony warrants, she admitted her true identity and was arrested.
However, that was just the first of many successful uses of the facial-recognition system. In fact, in the three years Pinellas County has had the system in place, it has used it to make more than 275 arrests. That’s quite a few, considering the PCSO has the system installed in only about 10 percent of its fleet. And each of those 275 arrests is one that would not have been made without the facial recognition system. The suspects in each arrest either had no identification, gave deputies a false name or otherwise concealed their ID.
Pinellas County makes full use of its facial-recognition system, including a mug-shot system in the jail, and an element used for investigations. The PCSO is expanding its system, adding it to more patrol units and upgrading many of its mobile cameras.

The Future
Facial recognition and other biometric systems will continue to evolve as software applications grow more and more sophisticated. Incorporation of these systems into additional aspects of both the public and private sectors is inevitable. With the development of mesh networks and other communications systems for transferring data quickly and reliably, biometrics will become an even more important tool for law enforcement professionals.
Stay safe, and wear your vest.