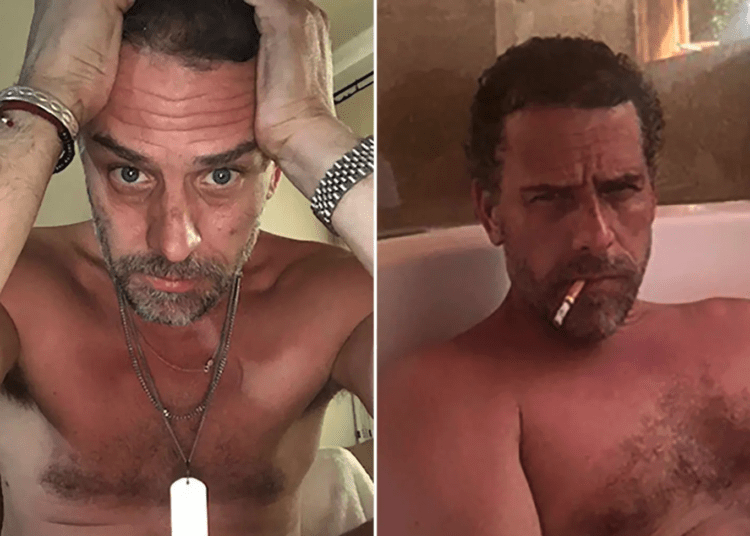 WASHINGTON, D.C. – Whistleblowers are coming forward saying FBI agents were barred by their bosses from investigating Hunter Biden’s damning laptop ahead of the 2020 election, the Daily Wire reported.

Several people with information have reportedly told Sen. Ron Johnson (R-WI) that FBI bosses told field agents they would not allow a laptop probe as to unduly influence the 2020 presidential election.

Revelations from the abandoned laptop, which were also censored by social media companies and liberal news outlets, paint the president’s son as a confused drug-dependent, degenerate susceptible to bribes and coercion.

Naturally, people raised troubling questions about President Joe Biden’s own role in his son’s allegedly corrupt dealings with foreign governments, particularly as many aspects became corroborated through multiple sources, like business partner Tony Bobulinski, according to the Miranda Devine of the New York Post, who originally broke the laptop story.

“After the FBI obtained the Hunter Biden laptop from the Wilmington, DE computer shop, these whistleblowers stated that local FBI leadership told employees, ‘you will not look at that Hunter Biden laptop,’” Johnson wrote in the letter sent Tuesday to Department of Justice Inspector General Michael Horowitz.

According to Johnson, the whistleblowers are “individuals with knowledge of the FBI’s apparent corruption” who had reached out to his office.

Furthermore, Rep. Jim Jordan (R-OH), is also receiving disturbing information regarding the way the feds are operating. He said at least 14 whistleblowers from within the FBI have contacted his office with information about the bureau’s handling of the investigations of conservative parents pressing for local school board reforms and the January 6 Capitol riot, the Daily Wire reported.

Hunter Biden abandoned the infamous laptop at a computer repair shop. It is believed to have been in the possession of the FBI since late 2019, about a year prior to the dubious election.

Johnson called on Horowitz to investigate why the bureau, which is part of the DOJ, has apparently impeded an investigation that appears to be a landmine.

“I hope you understand that the longer your office stands on the sidelines and delays investigating the FBI’s actions, the harder it will be for you to uncover the truth and hold individuals accountable for wrongdoing,” Johnson wrote. “The American people deserve transparency and expect allegations of government corruption to be fully and immediately investigated.”