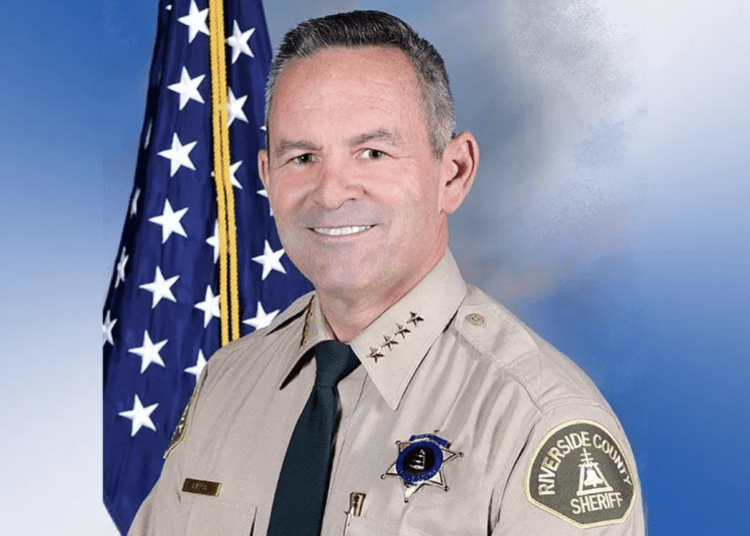 RIVERSIDE COUNTY, Calif. — A West Coast sheriff in Riverside County, Calif. refuses to enforce state or federal vaccine mandates on employees of his department, citing the government having “no authority to mandate your health choices.”

“Over the past couple of weeks, the idea of forced vaccination has caused much concern across the entire country,” Riverside County Sheriff Chad Bianco said in a statement released Monday. “I will not enforce the vaccine mandate on Sheriff’s Department employees.”

“The government has no ability and no authority to mandate your health choices,” he said. “As your sheriff, I have an obligation to guard your liberty and freedom.”

Last winter Bianco and his family recovered from COVID-19, according to ABC7. In his statement, the sheriff added, ​​”I am certainly not anti-vaccine; I am anti-vaccine for me.”

Bianco specifically released the statement in response to a local newspaper “cherry picking” comments from “supposed” health officials “in an attempt to paint me and the Sheriff’s Department in a negative light,” Fox News reported.

“This is nothing but sensationalism trying to gain readership and further divide us as Americans,” the sheriff declared.

“These closures and stay-at-home orders are flat-out ridiculous,” Bianco said at the time.

On Saturday six members of the Los Angeles Police Department filed a federal lawsuit challenging the requirement that all city workers get immunized against COVID-19, Law Officer reported.

The lawsuit was filed in U.S. District Court in Los Angeles. It “claims the mandate violates the employees’ constitutional rights to privacy and due process and asks the court to provide immediate and permanent relief from the requirement.”

Moreover, the plaintiffs make the claim that natural antibodies and immunity are superior to the vaccination as some of the officers have recovered from coronavirus.

“The city does not and cannot point to any evidence that vaccinated individuals have longer-lasting or more complete immunity than those who have recovered from COVID,” the lawsuit states, according to City News Service. “Studies indicate that these plaintiffs’ natural antibodies and immunity are greater than their vaccinated peers.”