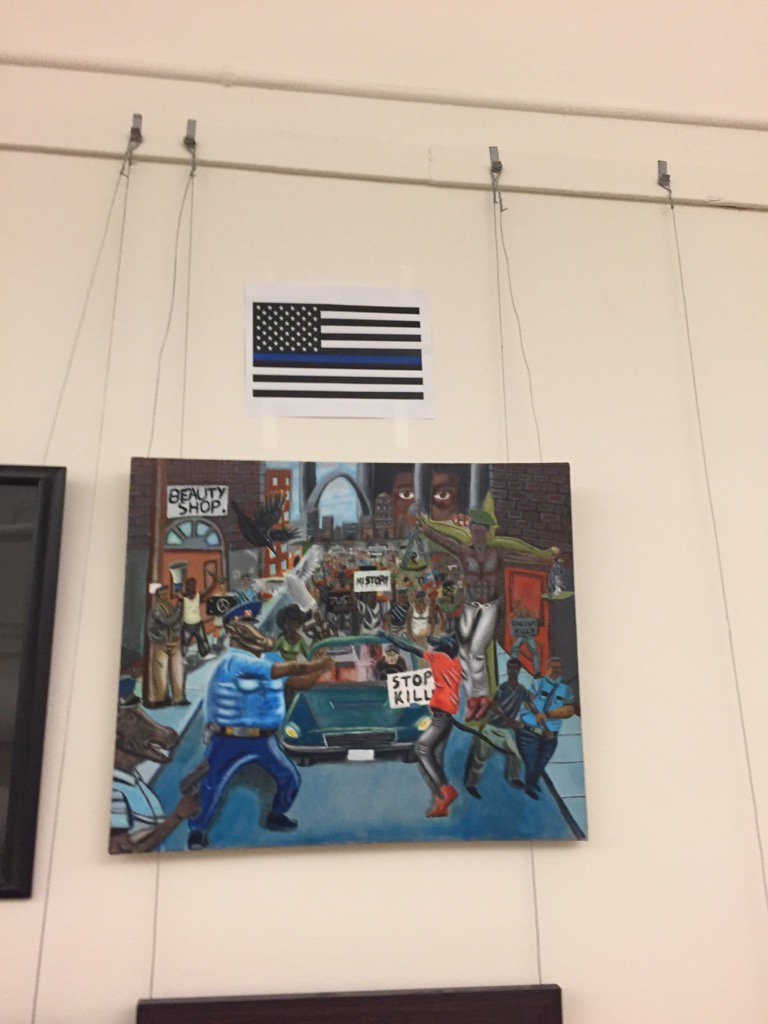 Chad Pergram, from Fox News, posted on his Twitter Account the racist picture hanging in the Capital that members from the Congressional Black Caucus (CBC) re-hung this week after it was taken down.

The painting did have a touch up as a Thin Blue Line Flag was hanging above it.

The CBC cited the First Amendment when they placed the disgusting painting depicting cops as pigs shooting citizens in Ferguson but we highly doubt they really believe in that.

After all, what would Representative Cedric Richardson have to say, who famously threatened to “kick someone’s ass” if they removed the painting, if a Confederate Flag was hanging or a picture depicting blacks in a similar disgusting way?

We doubt he would approve and by the way, we doubt he is capable of kicking anyone’s ass.  Well we are about to see if he and his colleagues really believe in the First Amendment or if they used it as an excuse to hang a racist, hate filled painting.