Watch This Attack On Airline Employees When Flight Is Delayed 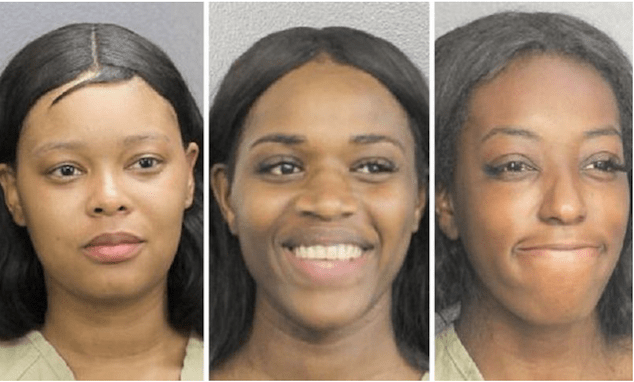 Three Philadelphia women have been arrested after getting into an alleged fight when their flight home from Fort Lauderdale-Hollywood International Airport was delayed.

A video of the altercation went viral.

The altercation happened at the Spirit Airlines gate when three young women were apparently not happy when their flight to Philadelphia was delayed, Tuesday night.

A delayed flight is no reason to assault anyone even if it’s spirit airlines. Now you got federal charges for what?? pic.twitter.com/AZHemGJT7P

The passengers waiting at the airport had little sympathy for the suspects.

“That’s insane,” Beaudry Doris said. “That’s crazy. I mean, because your flight being delayed, and then, they had to go through all that? That’s crazy. Man, it would have been better to find another way to react.”

“I think they’re acting crazy and scary,” another passenger said.

Spirit Airlines said in a statement, “Three of our team members sustained minor injuries. This violent behavior is completely unacceptable and has absolutely no place in airports or any other place of business. We will not tolerate abusive behavior of any kind.”

It wasn’t the first time that Spirit Airlines employees needed to defend themselves.

Desmond Waul, Janice Waul and Davante Garrett threatened the airline’s front counter employees and refused to leave when law enforcement ordered them to.

The three passengers were charged with inciting a riot, disorderly conduct, resisting arrest and trespassing.

Share and speak up for justice, law & order...
Tags: airportassaultfightfloridamiamiNewsphiladelphia