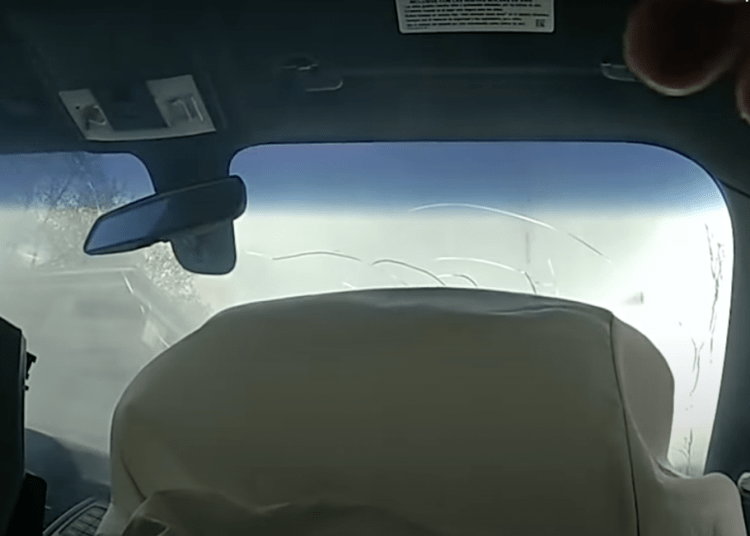 “Obviously those types of things are unacceptable, they’re embarrassing,” MPD Chief Robert Contee said. “It’s not something that we tolerate. It’s certainly something that I would not tolerate as the Chief of the Metropolitan Police Department.”

One of the MPD officers involved in the incident was a probationary employee and was fired following the incident. The other three officers are in a “non-contact” status and if the investigation finds they participated in misconduct they could be disciplined or fired.

An officer sitting in the passenger seat of one of the MPD cruisers activated his body-worn camera that recorded airbags deploying, a broken windshield and smoke emitting from the vehicles.

“Are you okay?” someone not captured on video asks as the recording officer said, “oh … shit. Yeah I’m good. Oh fuck,” video shows. The police cruisers were going at least 60 mph in a residential area where the speed limit is 25 mph, a source reportedly told Fox 5.

“Yesterday two 6D scout cars were totaled because officers decided instead of fighting crime, patrolling their beats, or engaging the community – they decided to drag race each other on Anacostia Avenue at 5 pm in the evening,” MPD 6th district Commander Durriyyah Habeebullah said in an email, Fox 5 reported.

The D.C. Office of the Attorney General is reviewing the incident before the MPD’s Internal Affairs Bureau begins an investigation, according to the police department.