Republicans were highly critical of her visit, citing her past support for the Minnesota Freedom Fund, an organization that has bailed out a long list of violent and dangerous criminals. 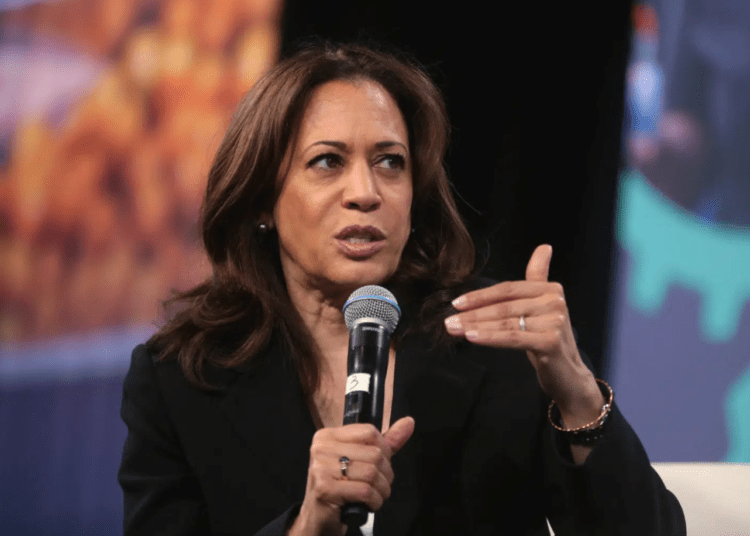 Vice President Kamala Harris falsely described her support of the Minnesota Freedom Fund as “misinformation” in an interview Friday.

The vice president was in town for a pro-abortion event with Lt. Gov. Peggy Flanagan and a fundraiser for Gov. Tim Walz. She also appeared in a video with Attorney General Keith Ellison and endorsed his reelection bid.

Republicans were highly critical of her visit, citing her past support for the Minnesota Freedom Fund, an organization that has bailed out a long list of violent and dangerous criminals.

As Jensen explained, this location was the site of a May 20 murder. The alleged suspect was bailed out by the Minnesota Freedom Fund just a few weeks prior.

“Vice President Harris personally advocated for an organization that set criminals free — even committing an alleged murder right here at this very light rail station. We won’t see the vice president come here to be held to account because she is more focused on prioritizing closed-door fundraisers and rallies with far-left activists. Out-of-touch priorities like this are just another example of why our movement to heal Minnesota is so strong and growing,” Jensen said.

The Minnesota Freedom Fund raised millions of dollars after George Floyd’s death on the premise that it would use the money to help bail out protesters. However, in an August 2020 interview, the former executive director of the organization said only about a dozen protesters needed bail assistance.

In June 2020, Harris urged her followers to donate to the Minnesota Freedom Fund to “help post bail for those protesting on the ground in Minnesota.”

In an interview with WCCO ahead of her visit, Harris described the GOP’s criticism as “misinformation,” even though her tweet in support of the Minnesota Freedom Fund remains online.

If you’re able to, chip in now to the @MNFreedomFund to help post bail for those protesting on the ground in Minnesota. https://t.co/t8LXowKIbw

“I think that unfortunately what we’re seeing is people are playing political games right now. We’re 18 days away from midterms and we have sadly not seen a lack of misinformation and disinformation. I think this is another one of those examples,” she said in response to a question about her support of the Minnesota Freedom Fund.

Kamala Harris says it's "misinformation" that she promoted the Minnesota Freedom Fund, a far-left organization that has bailed violent criminals — including accused murderers and rapists — out of jail.

“The reality is that I spent the majority of my career as a prosecutor, making sure that people paid serious consequences for, in particular, violent and serious crimes,” she continued. “I will always maintain that that is important and must be done.”