Police said four juveniles were arrested, a 14-year-old male and three females between 15-17. 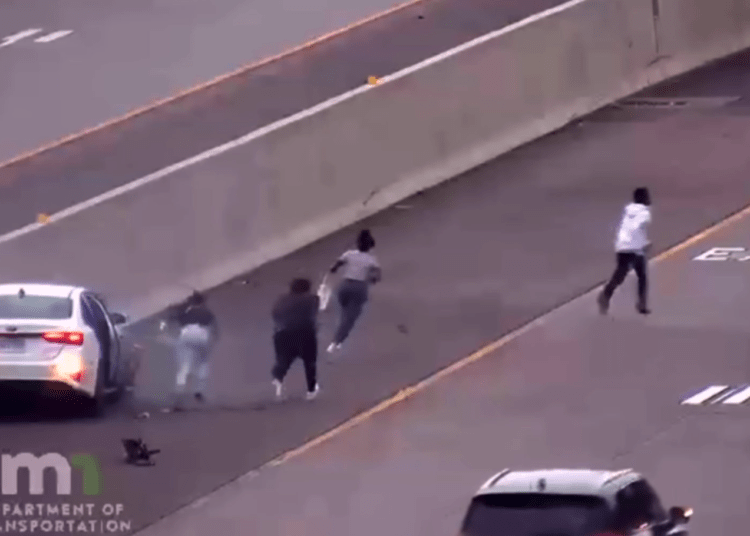 According to St. Paul police, officers received a report of a stolen vehicle from a rental car company in Minneapolis around 5:30 p.m. The company was tracking the white KIA Forte using GPS location pings and told police the vehicle was in St. Paul.

A State Patrol helicopter found the vehicle parked on the 900 block of Portland Avenue. As police arrived to the scene, four juveniles jumped in the car and sped away. Police attempted to conduct a traffic stop but the vehicle continued to flee. Department policy prevented police from pursuing the stolen vehicle.

Police said the vehicle “drove erratically and dangerously throughout the city” even though there was no pursuit.

The vehicle entered the highway and drove north on I-35E, eventually crashing into the concrete barrier near Little Canada Road after dodging stop sticks, according to a police report. The four occupants fled on foot from the stolen vehicle but didn’t make it far.

The whole incident was captured on a MNDOT traffic camera.

Police said four juveniles were arrested, a 14-year-old male and three females between 15-17. The police report says the 14-year-old had an outstanding juvenile felony warrant.

All four are facing various charges, including auto theft, fleeing police, and possession of stolen property.