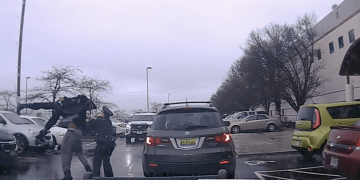 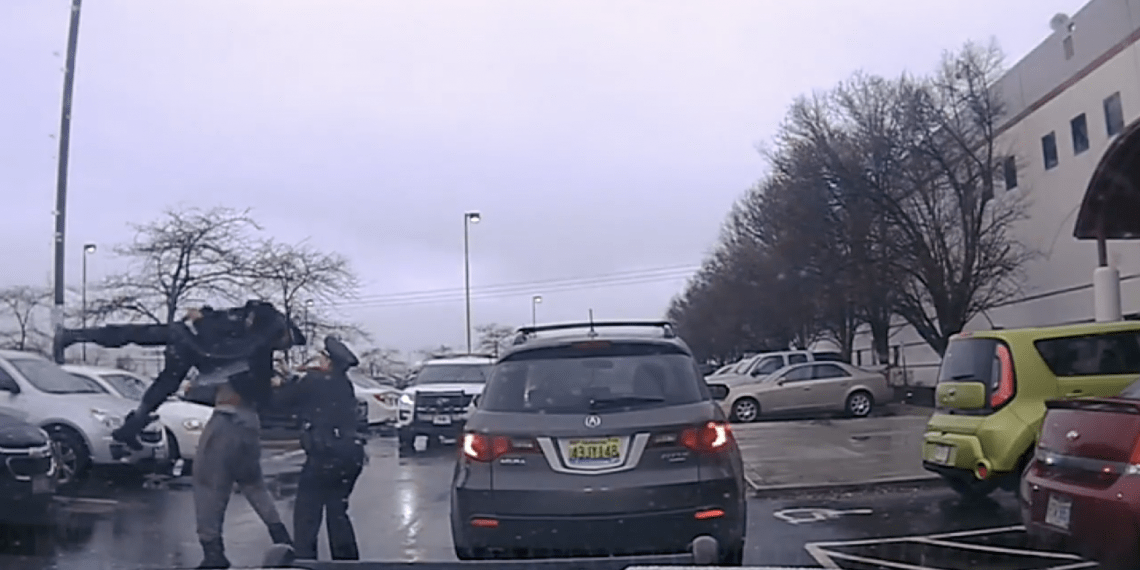 GROVE CITY, Ohio – An altercation between a college football player and Ohio police officers Monday during a traffic stop ended up with the man slamming one of the officers, dashcam video shows.

Michael Harris is a linebacker for Eastern Kentucky University. He is seen on the video in a parking lot near what appears to be his SUV. As a Grove City police cruiser pulls up, the dashcam video shows Harris and another officer talking to each other, Fox News reported.

Police had originally been called to the area because a local business reported an aggressive man who didn’t work there and wouldn’t leave, WBNS-TV reported, citing sources.

Something sparked a level of resistance before officers apparently decided to effect an arrest. Trying to interpret the context is difficult, yet Harris makes his arms rigid as they are extended out before trying to re-enter his vehicle. As officers try to stop him from gaining access to the automobile, he turns and fights with them.

During the scuffle, the football player picks the officer up and slams him to the ground. An additional officer comes over to help. The tussle remains on the ground until officers are able to get the combative suspect in handcuffs.

Once they bring him to his feet, he continues to resist as they walk him back toward the police unit.

Harris is facing several charges, which include felony assault, misdemeanor resisting arrest, obstructing official business, and disorderly conduct while intoxicated, according to Fox.

Fortunately, the police officer was uninjured during the melee.

Eastern Kentucky has not commented on the arrest.

Harris played 11 games at Auburn in 2019 before transferring to Eastern Kentucky.