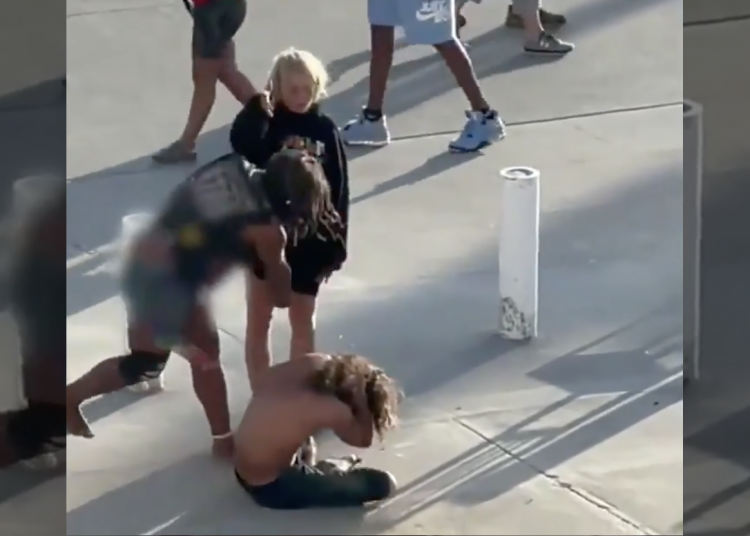 VENICE BEACH, Calif. — The famous Venice Beach is not what it once was and now a viral video posted online Friday appears to show a homeless man being attacked by another homeless individual while others seem indifferent to the battering.

Quality of life issues plague the area, which have led to concerns from locals. Last week, a homeless man was found dead inside inside a tent on the beach front boardwalk. Another homeless man was arrested for murder.

Since the expansion of the Venice beach encampment, authorities have responded to reports of shootings, arson, assault and harassment. As a result of the degradation, many residents have stopped using the beach as they have in the past, Fox News reported.

Tensions are rising as the debate on how to handle the growing homeless crisis continues. They really escalated last month after Los Angeles County Sheriff Alex Villanueva deployed deputies to LAPD jurisdiction at the beach, which created a political hot potato between lawmakers and law enforcement, Law Officer reported.

The “battle” taking center stage is between Sheriff Villanueva and L.A. City Councilman Mike Bonin, who has represented the area since 2013.

The Los Angeles County sheriff sent deputies to Venice’s Ocean Front Walk to assist those living in encampments with signing up for services and informing them of available resources.

Yet the help was apparently not appreciated as it drew harsh criticism from Bonin. Villanueva asked county leaders to declare a state of emergency in response.

Los Angeles Mayor Eric Garcetti said earlier this week he wanted to avoid a confrontation with the sheriff over the homelessness crisis.

“I’m not going to get into a p—ing match with the sheriff, I welcome him here,” Garcetti said Tuesday in Venice. “If he doesn’t want to have press conferences but he wants to have results, we housed more people yesterday than he had all week. And one could ask the same thing, where has he been? This is not about throwing stones around.”

According to figures LAPD provided to Fox News, as of the end of May, Venice experienced a 132% increase in assaults in which a homeless person was a suspect this year and a 126% increase in which the victim was homeless,