"We are charging people very good money to teach them to think. I am just trying to deliver," the professor says. 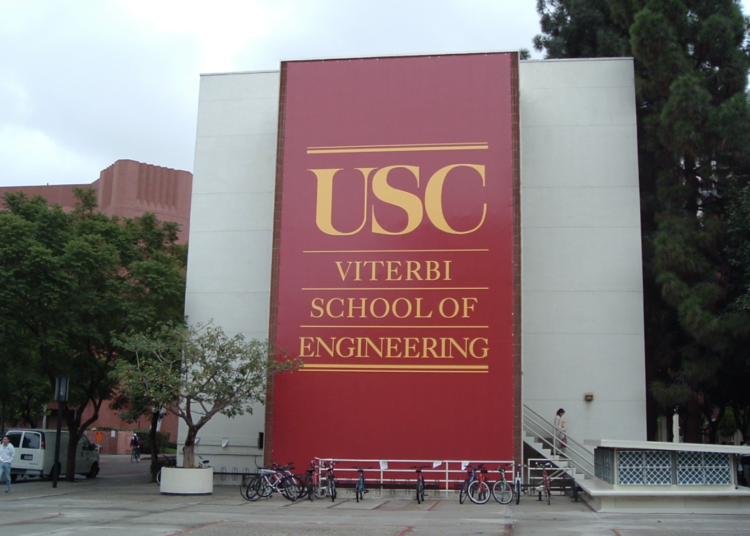 LOS ANGELES — A University of Southern California professor is not yielding to the mob and is refusing to remove a Thin Blue Line flag from his office door despite student dissent. In the process, he is trying to instruct, which is his job.

Professor James Moore teaches engineering and policy at USC. He has had the police-honoring flag on his door since the beginning of the fall semester. However, he’s recently come under intense scrutiny for it, Daily Wire reported.

Moore first received a complaint from a university administrator and then accusations from students. The professor defended himself from the criticism, The College Fix reported.

“It’s important,” Moore said. “Blue lives protect black lives, and black lives are not at risk from the police — they are at risk from crime — and it’s blue lives that stand between them and crime.”

Nevertheless, a ground swell of discontent developed when an article in the campus newspaper, the Daily Trojan, labeled the display a “controversy,” quoting several (uninformed) students who called the flag “inappropriate” and demanded its’ removal.

“This is an inappropriate and unnecessary symbol to have on an office door where USC is, within the last year or two, trying to have a much broader diversity initiative and to be inclusive, especially in the STEM area,” one USC graduate student told the school newspaper.

So once again, their “diversity” means repressing a time honored symbol that is sacred to the institution of law enforcement.

Moore articulates his reasons for displaying the flag at his office, Daily Wire reported.

In a statement to the Daily Trojan, the university said it is committed to academic freedom and therefore, does not have a policy prohibiting the Thin Blue Line flag.

“The university does not have a policy that limits the display of materials in spaces like this, though we are looking at whether it is needed,” USC responded. “As part of the university’s commitment to academic freedom, a faculty member can express his or her individual beliefs and viewpoints on a wide variety of topics – even controversial issues – but they do not speak on behalf of a school or the broader university.”

Moore is trying to refresh the concept and practice of diversity along with its’ benefits.

“We are in an environment where there is a lot of homogenization of ideas, and diversity should include diversity of ideas,” Moore said. “This [USC] is supposed to be a safe space for diversity of thought. We are charging people very good money to teach them to think. I am just trying to deliver.”

The complaining grad student quoted in the school newspaper also said he voiced his concerns to the Dean of USC’s Viterbi School of Engineering and Office of Equity and Diversity.

Another narrow-minded student said, “I want them to take it down, and I want them to do something about Professor Moore because this is not the first controversial thing he’s done.”

According to the Daily Trojan, the students accused the professor of trolling. They cited an instance in 2018 where Moore responded to a campus event called “Coffee and Title IX,” reminding students: “If the day comes you are accused of some crime or tort of which you are not guilty, and you find your peers automatically believing your accuser, I expect you find yourself a stronger proponent of due process protections than you are now. Accusers sometimes lie.”