Mayor Don McLaughlin said there was panic in the city as every is on 'pins and needles.' 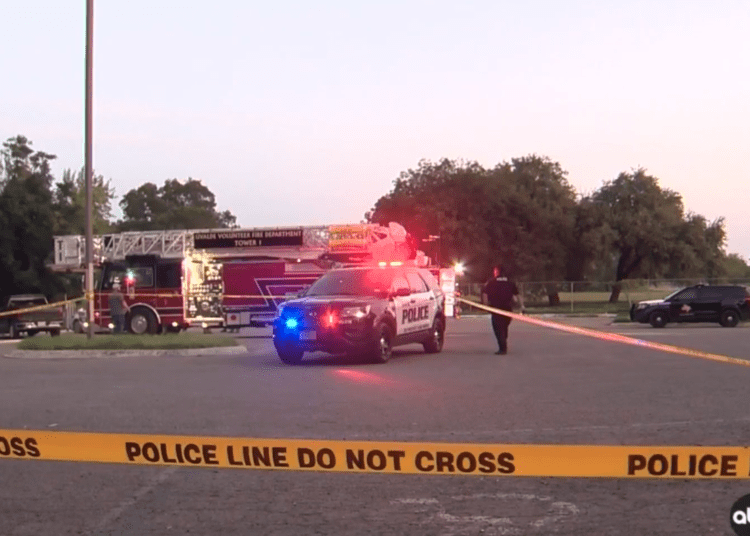 UVALDE, Texas – Two juveniles were wounded by gunfire in a Uvalde park late Thursday afternoon as the small Texas community is still feeling the emotional aftermath of the mass shooting that left 19 children and two teachers dead in May.

Authorities say the gunfire is believed to be gang-related after a fight involving rivals occurred at the park.

Two people were airlifted to a hospital in San Antonio. One is described as a juvenile, the other is 22-years-old. Their identities were not released and medical conditions are unknown.

Just spoke to the Uvalde Mayor he tells us – it was a rival gang shooting. 2 people were hit and airlifted to San Antonio, they were conscious when taken. They’re looking for 2-3 suspects at this time. @ksatnews https://t.co/w1ze3tUmdP

Police issued a press release announcing the shooting and provided an update a short time later saying they had four suspects in custody who were being questioned.

Identities for the suspects have not been released.

The Texas Department of Public Safety said they were assisting with the investigation.

We are working with the Uvalde Police Department and Sheriff’s Office following a suspected gang related shooting at Memorial Park. This information is preliminary, as the situation develops we will work with local law enforcement to provide updates.

The Uvalde Together Resiliency Center was evacuated after the shooting, but all staff members are safe, according to a spokesperson, KSAT reported.

“Counselors understand that this latest incident may be triggering for surviving families of the Robb Elementary School shooting,” the spokesperson wrote. “Counselors are available to assist in any way needed to provide comfort and support.”

Uvalde Mayor Don McLaughlin said there was panic in the city as every is on “pins and needles.” He is aware “the trust is not there,” but said “we will not let this community down again.”