The suspect was killed in the shooting 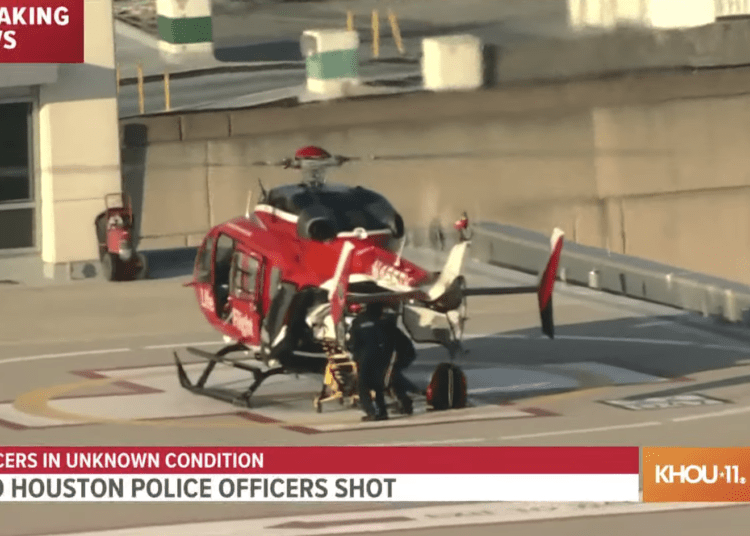 UPDATE: Officer William “Bill” Jeffrey, a nearly 31-year veteran of the Houston Police Department, was shot several times and did not survive his injuries. Sgt. Michael Vance was wounded and is reportedly in stable condition undergoing surgery. The suspect was killed by officers returning fire. Read more.

HOUSTON — Two police officers were wounded in a shooting while serving an arrest warrant in northeast Houston early Monday, the mayor’s office confirmed.

The shooting occurred just prior to 7:30 a.m. One officer was shot in the stomach and the other was shot in the leg at the Timber Ridge gated community in the 5300 block of Aeropark, according to law enforcement authorities.

Following the shooting, one officer was airlifted via Life Flight to the hospital. Another was transported via ground ambulance accompanied with a large police escort. Sheriff’s deputies and deputy constables are also in the neighborhood assisting with the scene, KHOU 11 reported.

The news outlet learned the identities of the wounded officers, but are withholding the information until HPD confirms details. Both are described as seasoned veterans.

The shooting occurred as the Major Offenders fugitive team was serving an arrest warrant on a wanted suspect.

Sheriff Ed Gonzalez tweeted the possible suspect in the double shooting was also shot and is dead at the scene. A fire captain also confirmed the fatality, according to KHOU 11.

Two officers shot while executing a warrant. Both taken to hospitals. One possible suspect deceased on scene. #HouNews https://t.co/MB9lxQcYk4

Currently, there’s no official word on the conditions of the wounded officers, but it’s believed at least one of the them had CPR performed as medical crews responded.