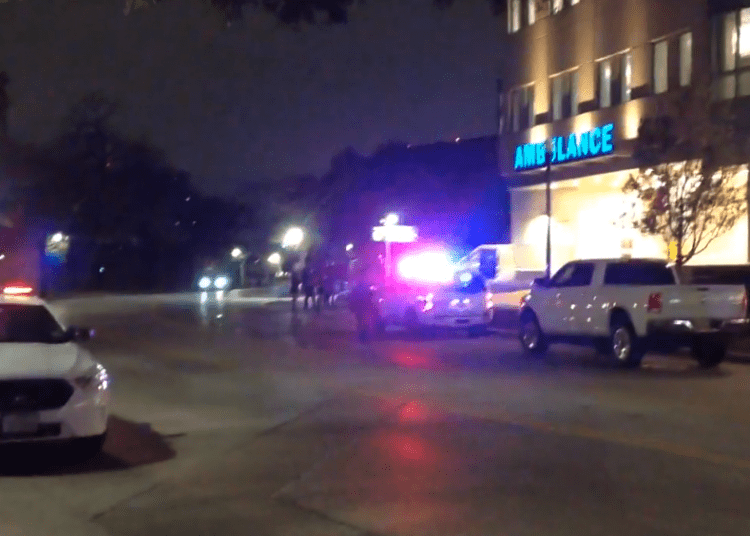 KATY, Texas — Two deputies were wounded Tuesday during an exchange of gunfire with a suspect who was fatally shot, authorities said.

The gun battle occurred Tuesday night in Katy, Texas, which is located about 30 miles west of Houston. Harris County Sheriff Ed Gonzalez said via Twitter that both officers were hospitalized with what appeared to be non-life-threatening injuries, the New York Post reported.

The deputies were dispatched to the scene after the department received reports of shots being fired, according to Gonzalez.

Upon arrival, deputies received gunfire from the suspect. They subsequently returned fire. Two deputies suffered gunshot wounds and the suspect died at the scene, the sheriff said.

During a Tuesday night news conference, Chief Deputy Edison Toquica said the original call for service came from an occupant of the home at about 8 p.m. regarding a discharge of firearms within the residence.

Toquica said both deputies sustained gunshot wounds to the leg, but one also received a grazing wound in the head and left ear, the Post reported.

The agency did not identify the deputies, but said they are 27- and 28-years-old. One has been with the department for two years, the other for one.

“We’re blessed that both of them are in stable condition,” Toquica said.

The chief deputy also tried to humanize the badge as he spoke to the press.

“Law enforcement is part of the community. Our kids go to school with your kids. We go to the same church, we shop at the same grocery store. So this is a time that we have to stand shoulder to shoulder and work together towards curbing the violent crime that we’re seeing,” Toquica said.

According to Toquica, the unnamed 43-year-old suspect had a psychological history that apparently played a role, the Post reported.

“We’re being advised that he is a paranoid schizophrenic at this time. That hasn’t been 100 percent confirmed,” he said. “Of course, all of this information is preliminary, but that is what we’ve been advised as of this point.”

According to Toquica, the suspect was was out of jail on bond for a 2020 aggravated assault of a family member.

Meanwhile, Harris County continues to be plagued by criminal defendants committing violent crimes while out on low bond or no bond, Law Officer reported.

Last month, Crime Stoppers of Houston said defendants released on multiple felony bonds in Harris County — the most populous county in Texas — have killed 156 people since 2018. Of those cases, 113 suspects have been charged with capital murder.