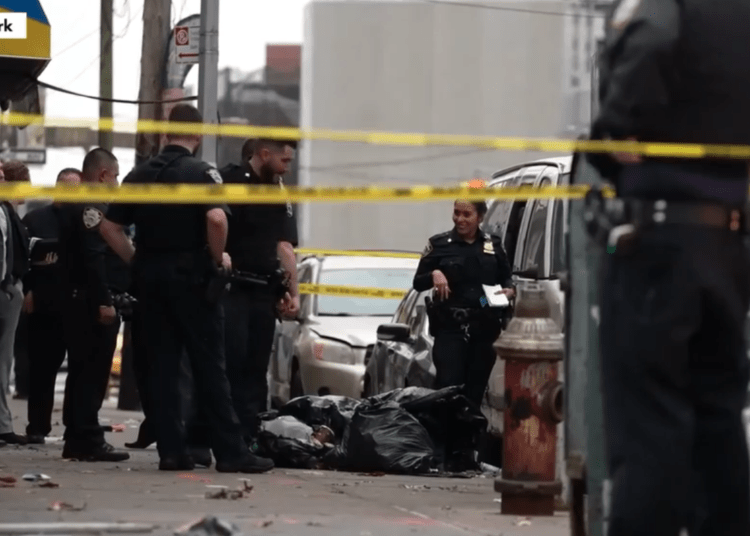 NEW YORK – An 83-year-old transgender serial killer who spent decades behind bars for the murders of two ex-girlfriends is now being eyed in the gruesome homicide of another woman whose dismembered body turned up in Brooklyn last week, according to the New York Post.

Harvey Marcelin was charged last week with concealment of a human corpse after getting spotted on surveillance video dumping human remains, according to sources and court records. Marcelin identifies as a transgender woman.

Last week, the torso belonging to Susan Layden, 68, was recovered from an abandoned shopping cart at the corner of Pennsylvania and Atlantic avenues, which is near Marcelin’s residence, sources said.

A detached leg matched to Layden was fournd days later a few blocks north, sources said, adding that her arm is still missing.

Layden was seen on surveillance video entering Marcelin’s Pennsylvania Avenue apartment on Feb. 27, wheeling “a multi-colored bag with a flower decal” on it, according to the criminal complaint.

The woman was never seen alive after that, according to  prosecutors.

Three days later, Marcelin was reportedly captured on video wheeling the same bag out of his building, the criminal complaint said.

The next day, “a human torso was discovered inside the bag,” according to the court document.

“Upon review of the video surveillance, the original female Jane Doe never exits the residence.”

As a result, the twice-convicted killer could face a new charge of murder in Layden’s death, according to authorities.

Marcelin previously spent more than 50 years in prison on murder and manslaughter convictions dating back to 1963, state prison records show.

One killing involved a live-in girlfriend Jacqueline Bonds, who was fatally shot April 18, 1963, the Post reported.

Marcelin received a 20 years-to-life sentence, but was paroled in May 1984, according to state prison records.

Less than a year later the convicted killer was arrested for the deadly stabbing of another live-in girlfriend, whose body was stuffed in a bag and dumped on the street near Central Park.

Marcelin was convicted of first-degree manslaughter in that case in 1986 and received a 6-to-12-year prison sentence.

Marcelin was denied parole several times due to “a problem with women.” However, the twice convicted killer was released from the Cayuga Correctional Facility in late 2019, prison records show.

It’s unclear when Marcelin began living as a transgender.

Marcelin was booked at Riker’s Island and is being held without bail, the Post reported.

The grisly murder comes as the city continues to see a drastic spike in violent crime compared to last year, according to the Daily Mail.

Although homicides are nearly identical with 67 committed so far this year compared to the 66 from last year, assaults are up by more than 19 percent, increasing from 3,210 to 3,824.

Moreover, the tally on shooting victims have increased from 181 cases to 215, more than 18 percent from the same time last year, when crimes were already spiking. Furthermore, rapes have increased by more than 31 percent, with 293 cases reported so far, according to the news outlet.

Yet it’s been robberies that have seen the largest increase so far this year, going up by nearly 45 percent when compared to the same time in 2021. Consequently, overall crimes have risen by more than 47 percent.