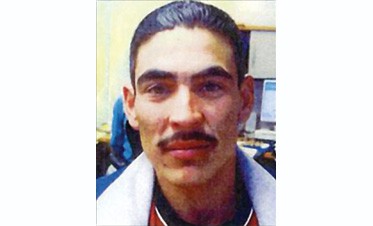 I’d like to deviate from the usual tactical concepts this month and wax philosophical on a concept that has been near and dear to me for many years. This piece was prompted in part by some recent events in which officers have been fatally shot, seriously injured or sentenced to prison while conducting what many pundits refer to as routine police duties. It seems like every day we read about another of our brother or sister officers being killed or assaulted because of tactical errors made during the execution of important, but sometimes mundane, tasks.

The phrase Total Professional Survival was coined by fellow force trainer Guy Rossi and I roughly 30 years ago at the beginnings of the officer survival movement. At the time, Rossi and I were working for the same agency in upstate New York. Rossi was a defensive tactics and baton instructor. I was commander of the firearms training unit. We were working with our upper brass on the idea of cross-training all our defensive tactics (DT), baton and firearms instructors in the other s disciplines. In other words, we wanted to train and certify all our firearms trainers as DT, baton and OC/mace instructors. Likewise, we were trying to convince the upper-echelon to send our DT and baton trainers to firearms instructor schools.

Total Professional Survival really encompasses three officer safety concepts: physical survival, emotional survival and legal survival. This same concept was eventually incorporated into the old three-day Calibre Press, Inc. Street Survival Seminars that I had the pleasure of teaching for more than a dozen years in the late 1980s and 1990s up through and including 2000. This article will take a short look at each area and identify and extract the most important elements of each. I hope it serves as a motivator to all readers to examine your training and professional mindset and refocus on those issues if they ve become lost in the maze of the sometimes overwhelming bureaucracy of modern law enforcement.

El Paso, Texas The two U.S. Border Patrol agents who were convicted in the non-fatal shooting of a Mexican drug runner named Osbaldo Aldrete-Davila in Fabens, Texas, back in Feb. 2005, have begun serving 11- and 12-year sentences.

If you re like most cops, you probably came on the job in your early to mid-20s, and you can reasonably expect to put in 20 25 years before you begin to explore the idea of retiring at age 50 or 55 to Tahiti, Bora-Bora or some other exotic island on your lucrative police pension. Ten years of part-time security work, consulting or maybe teaching school usually follows until Social Security kicks in, and then it s spending time with the grandkids and enjoying the fruits of your labor until you take that old dirt nap.

But it s also a fact that the street skells you ll have to deal with during your two or three decades of police work will never age. Like Peter Pan or Mel Gibson in the movie Forever Young, they ll always be between 16 and 23. More than likely they ll be either intoxicated or high. Many will be armed and not bound by the constraints of the U.S. Supreme Court, police oversight, Internal Affairs or a Civilian Review Board looking over their shoulders. And when you do have to deal with the occasional 25 30 year-old mope, he ll probably have the benefit of doing a nickel in the joint honing his survival skills, pumping iron or maybe learning the ways of the street from his older cell or bunkmates.

What all this means is that you must always be in top-notch condition and stay in the best shape you can every day for the entire 20 25 years of your career. You must train with your equipment to the point of mastery. Your defensive/offensive tactics, firearms skills, tactical training and psychomotor skills must be on high alert whenever you are. Never stop training, never stop learning. Your survival on the street may depend on it.

Nationally, it s been estimated that 70 80 percent of officers who have experienced a traumatic event such as a shooting will leave law enforcement within five years. While some would have left anyway, a good deal of them leave because they were unable to handle the emotional aftermath of that critical incident. And I m not just talking about shootings. One of my buds, a crime-scene technician who went on to become a great police-dog handler, pulled the pin a few years ago in the middle of what most cops felt was the prime of his career. The straw that broke his back was an incident in which he and his four-legged partner were assisting in a search for a missing child. His dog, a sharp German shepherd that had actually tracked a few fleeing robbery suspects under water, located the missing baby, dead in a dumpster. The experience of that incident, coupled with the need for repeated testimony at the countless hearings and eventual trial, left the officer severely traumatized. Our agency lost a terrific dog and a great cop to that critical incident.

Another officer I worked with back in my street-narc years succumbed to the emotional aftermaths of working deep-cover narcotics. Ronny lived every aspect of the job to the fullest. He repeatedly led the unit in buys, arrests, weight and quality. He always managed to turn even the smallest buy into a big bust. After our operation ended and we all surfaced, we were put back into general-assignment dick duties. Ronny wasn t able to handle it, and he crashed, emotionally and psychologically. Unable to make the transition back into the real world, he continued getting by on one or two hours of sleep a night, drinking way too much, and living la vida loca a great career snuffed out at 43. While his obit read the victim of a massive heart attack, the real culprit was his inability to cope emotionally with the aftermaths of years working the street, living two totally different lives and then being forced to transition back to being a normal cop again.

Recognizing that not all stress is bad and that some distress comes with the job is part of managing it. Most departments have some type of employee-assistance program or staff shrink that officers can avail themselves of. Supervisors and administrators also must accept the fact that it s not just narcs or child-abuse investigators who can suffer the adverse affects of severe job stress. Crime-scene techs, major crash unit investigators, physical-crime dicks and even honor-guard unit cops routinely assigned to represent the agency at cop funerals can experience some residual effects of responding to those types of calls or assignments. Accepting it and knowing where to turn for help is part of the solution.

Perhaps the most ignored area of Total Professional Survival remains the legal arena, and this is where some of the bloodiest battles are fought. There are more than 1 million lawyers out there, all scrambling for their 30 40 percent of the compensatory pie. While most police chiefs and sheriffs have legal advisors and/or city or county attorneys to advise them when they have to make an important decision, streetcops don t have that luxury when they must make a split-second decision in a life-threatening situation. So, you must make sure you have one afterwards to guide you through the legal maze of statements, depositions, hearings and civil suits. While most two-day rookies can tell you all about the Miranda decision, I ll bet only one out of 10 can tell you what the Garrity case was all about.

If your Fraternal Order of Police or Police Benelovent Association doesn t provide you free legal advice in situations when you need to consult with an attorney, get one lined up now ahead of time whom you can call 24/7/365 when you need legal guidance. And I m not talking about your cousin Vinnie, or the attorney who handled your last divorce or house closing. Seek out one who is familiar with the intricacies of federal civil-rights suits, 1983 actions, Internal Affairs hearings and your Garrity rights.

Don t just assume your city attorney or the department s lawyer will represent your interests. That may not be the case. In my home state of New York, a federal case (Dunton v. County of Suffolk, New York) held that officers are entitled to their own attorney when both the city and the officer are named in a civil suit. Check out the situation in your area to see if that s the case in your jurisdiction.

One last thing about legal survival: Don t fall victim to that Code of the West mentality and give the bad guy the first punch or beat him on the draw. Just because you re a cop, you don t lose the right to defend yourself.

Also, you don t lose your constitutional rights just because you pinned on a badge. You can and should consider suing offenders who injure you on the job. A good police attorney will tell you when and how to do just that.

In summary, the entire arena of Total Professional Survival has changed drastically over the last quarter century. Back in the 1980s and 1990s, officer survival simply meant not getting killed on the street. The true essence of Total Professional Survival for law enforcement must incorporate the traditional concepts of physical survival, such as tactics, psychomotor skills, physical conditioning, awareness and mental preparation, but it can t stop there. Just like keeping your body in tip-top shape, you must keep your mind and brain working at peak levels, too. Formal and professional education, stress-reduction exercises, counseling, extra-curricular activities, hobbies and taking advantage of your off-duty time to relax and decompress can do wonders for your emotional mind-set. Last, in addition to planning now for that inevitable day you must legally justify your conduct and actions, keep your Police Benelovent Association s, Fraternal Order of Police s and/or personal attorney s numbers (home, office and cell) close at hand, and make sure you know how to articulate (verbally and in writing) any use-of-force actions you take on the street.