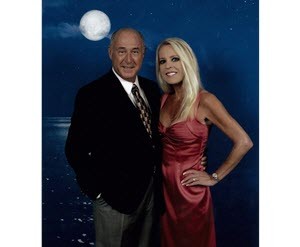 I’ve been thinking about writing this piece for a few months. When I retired from the police department up in New York, it was a fairly easy process. I went human resources and told them I wanted to retire. They walked me through the process step-by-step.  Standard line among most N.Y. HR folks: “And where in Florida do you want your pension checks sent, Lieutenant?”

A quick letter up the chain of command, a final farewell to the officers in my charge and that was it.  I’d moved around a bunch over those 21 years on the “job,” and promotions every four to five years kept me young. Patrol to vice, then on to ciminal investigations as a detective, back to patrol as a sergeant and then into training as a lieutenant. I made a ton of close buds I’d miss a lot. However, the Internet kept us in touch with one another. Doing the Street Survival Seminars—quite a few in and around N.Y. state, plus an occasional visit to Rochester—allowed us to keep close, too.

33 Years a Trainer
My second “retirement” from Calibre Press, Inc. was fairly simple, too. Chuck Remsberg and Denny Anderson had already sold the company a few months before and my instructor contract was sold as part of the assets of the company. After 12 years on the road with Calibre since 1988, I knew it was time. The ending date of my contract was about six months after the sale to PriMedia Workplace Learning, and I worked out a verbal agreement with the new owners to stay on as lead instructor on a seminar-by-seminar basis until they had my replacements trained in early 2000.

I knew I’d miss my partner, Bob Willis. Heck, we’d been living together in airports and hotels 10 months out of every year for several years. But we agreed to get together and have dinner at ILEETA, IALEFI or the other instructor-trainer confabs we attended during our off times.

My 2014 teaching schedule doing the High Liability Seminars for Public Risk Management has been set; the dates, locations, topics are all firmed up. And I’ve got all my manuscripts (my Tactics columns and “Tips for Trainers” pieces) into the folks at Law Officer for the coming year. So after 33 years as a police trainer, I’ve decided its time to stop all the travel.  I’ve been in more hotel rooms than the Gideon Bible and seen enough airports that I can change terminals in every major city in my sleep. But I have to confess, this third “retirement” has been a little more of a conflicted decision.

25 Years a Consultant
I’ve accepted my last case as a litigation consultant.  I’ve estimated that I’ve done nearly 600 case reviews since 1989 and testified 130 times as an expert as of this writing. I’ve worked out a very smooth transition process with all my clients/attorneys, and made arrangements to refer any new cases to an excellent peer trainer, an experienced expert and good friend who I’ve worked with several times. We had him and his wife down to the offices here in Florida and he’s agreed to work with my fee schedule. The remaining dozen or so cases I have pending should go to trial within a few months. In fact, I have six or seven trial dates set in stone up through March 2014. So I feel comfortable leaving that world.

But, after 43 years in “the business”—operational law enforcement, police instructor and litigation consultant—it’s starting to feel very odd being unemployed.

I was recapping those 40+ years the other day.  Of course every cop has his or her own war stories, so I’ll spare you those details. But when I stop and think of all I’ve seen and experienced during those four decades, it makes you thankful for the simple things: health and family and so forth.

My travels have taken me to every state in our beautiful country at least three times and almost a dozen foreign countries. But some experiences and places really stick in my mind. Bob Willis and I physically touched the Alaskan Pipeline and drove the “Road to Hana” in Hawaii. My beautiful wife Anne and I have snorkeled in the Gulf, swam with the giant turtles in Maui, toured the Mayan Ruins in Mexico and explored the cells of the infamous Kilmainham Gaol in Ireland. I’ve seen ancient Stonehenge and before I saw the dietary errors of my ways, ate my way up Italy from the Amalfi Coast to Rome to Milan. I sampled the fine cuisine in Paris, and ate some things I’d rather not think about in Southeast Asia.

So after giving it some thought and discussing the matter with Anne, we came to the conclusion together that I need to “fully” retire this time and really start enjoying our lives here in Paradise.

Just to reinforce the issue this time, we added another factor to the decision: a chocolate brown Labradoodle puppy. And just so I wouldn’t miss my old Calibre Press partner too much, we named him “Bob.”