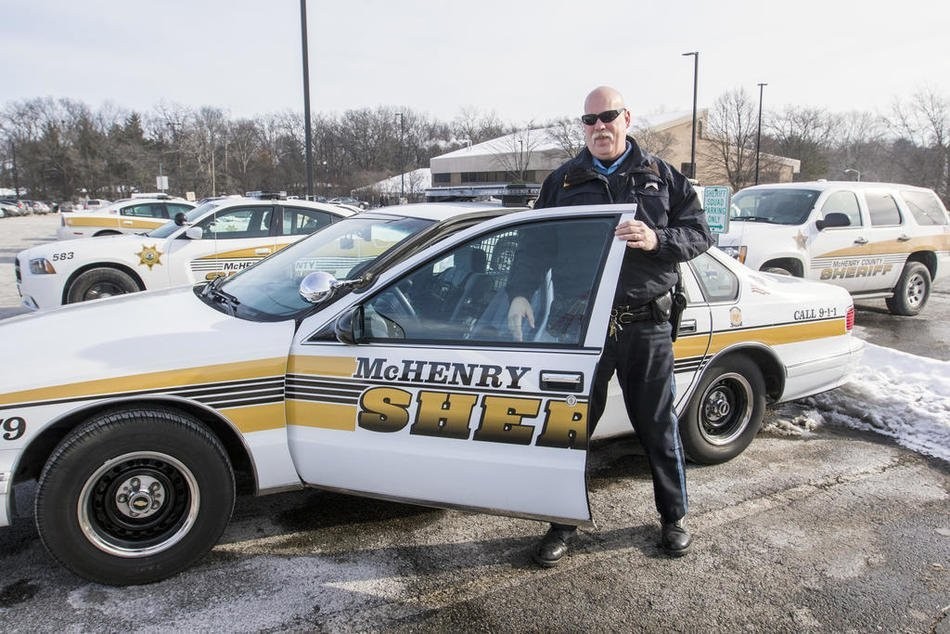 This Two Decade Old Chevrolet Caprice With 3,000 Miles Is A Gem On Patrol

This Two Decade Old Chevrolet Caprice With 3,000 Miles Is A Gem On Patrol

The Chevrolet Caprice may have resurfaced from Australia as of recent for policing duty but, once upon a time, the Caprice was a thoroughbred American full-size sedan. And, it was quite popular with police departments, too.

The McHenry County Sheriff’s department outside of Chicago still employs one 1995 Chevrolet Caprice PPV, but it’s special, very special. The 1995 Caprice PPV was sent into a climate controlled barn for ten years, where it sat with only 3,000-miles on the odometer. After Sergeant Mike Stadler’s early-2000s Impala was decommissioned, the department offered up the 1995 Caprice. Normally, we’d understand why an officer would pass on the Caprice, but Stadler has an eye; an enthusiast’s eye.

You see, the 1995 Caprice has a bit of Corvette in its blood. Yep, this Chevrolet Caprice features a detuned LT1 5.7-liter V8 from the Corvette. All 350 cubic-inches of it. The LT1 V8 made the Caprice the quickest patrol vehicle of its time, and it ran circles around the Ford LTD Crown Victoria. Somehow, it also mustered the best fuel economy at the time, too.

So, Stadler brought the old machine out of storage, cleaned it up, and brought it back out for patrol, despite the lack of traction control and rear-wheel drive.

“A lot more people recognized it for what it was,” Stadler told The Northwest Herald. “Younger people, older people, car guys, non-car guys, they all wanted to see it. It almost became a little ambassador, if you will, that we had never planned.”

Now, Stadler has racked the odometer up to 30,000-miles, yet it still checks in well under the 252,000-miles the vehicle should have on the 12,000-miles per year scale. Long live the upside-down bathtub Caprice.