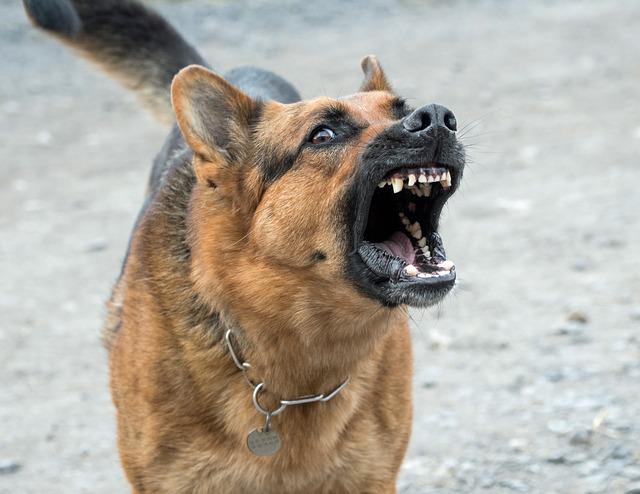 If you are lucky enough to actually live in your city while working as a police officer, there are “good-news, bad news” angles that a lot of people aren’t aware of.

Good News: You will almost never get a traffic ticket from a colleague unless you are being REALLY stupid about it (DUI), or if there’s a “write-everything-that-moves” order from up on top. It happens.

Bad News: If you see something going on that is criminally wrong, you HAVE to do something about it, even if it’s just a phone call.

I went to the local Safeway one day after going home to my old Victorian because we were out of this and that. I was still in full uniform from rushing all over my district, putting out one fire after another so I was therefore too wrung out to do more than toss on a ragged cover coat on to semi-hide my duty belt, gun, and such. I took my best gal-pal, Ms Mocha, with me because she needed a walk and the chance to bark out of the passenger window of my Bronco.

Mocha was 5-years-old, about 85 pounds, and had the BIGGEST ears I’d ever seen on a German shepherd lady.

There must have been a dobie somewhere in her family tree, no pun intended.

I managed to find a parking space mid-lot away from the main store entrance, and as I rolled down the window a couple of inches and locked the door, I looked at my girl saying: “Dog Bone”

She smiled her very toothy grin and settled into sleeping on the rear bench seat.

I stopped at the Safeway door to schmooze briefly with a couple of the off-duty coppers who were there double-dipping as security, and then went inside with my honey-do list.

I had about half of the list done, when the store PA shouted out a very unusual announcement:

“Will Lieutenant OB please 904 at the West side entrance immediately”

Pushing my cart away, I walked very quickly in that direction, shouldering aside a few clumps of aisle cloggers en-route.

I dumped my cover coat at the customer service counter.

The lead off-duty cop at that door was beside herself laughing and nearly giggling as she pointed at what looked like a tallish ripped bundle of clothing dancing around on the low roof of someone’s nearby Japanese micro-sedan.

“Hey Dave, your car alarm has been chasing some hobo around the parking lot for a while now.”

As I moved closer, I saw that Lady Mocha had “treed” some rag ball of a car thief on top of a car of about six aisles from where I parked my truck.

The big dog came to my side as trained and sat down eagerly watching her latest chew toy.

I knew that if I said “speak,” a very loud dog bark reply would rattle a few local windows, so I just asked the out-of-breath drug hype-type what happened.

“I just wanted to get in the glove box to find some stuff to hock.”

(No luck there – I had a combo lock gun-box welded to the truck floor under the driver’s seat for valuable things such as a second gun and a few spare magazines.)

“I punched out the wing-window, opened the door, and the dog just popped up from the rear.”

(Note: My Bronco seats had brown and tan cloth aftermarket covers – Great camouflage for a German shepherd with the same color scheme.)

“No, but my pants and coat are ripped up a lot” “She chased me ALL over the parking lot!!”

(Good: If Mocha drew his blood, I’d have a LOT of paperwork to struggle through, plus taking her to the vet to make sure she didn’t catch anything from num-nutz here.)

By now there was minor crowd gathered around the circus show; the off-duties had called the on-duties, an ambulance was staging near the Starbucks window, and I saw a prisoner wagon malingering in the nearby bus stop.

“Okay, here’s what’s happening: You are going to get down from that car roof, allow the other uniform officers to search you, go to the ambulance for a welfare check, and then walk peacefully to the wagon over there.  If I so much as think you aren’t going to go along with the program, I’ll let go of my friend here. Do you understand?

I looked at the uniform guys, got a smiling nod from the most senior cop, and motioned for the track star to get down.

Mocha must have thought she was going to play fetch the junkie again, so she stood up, barked once, and (in doggie fashion) got her running shoes on.

He cowered, and I noticed a spreading moist stain in his pants area just south of his belt buckle.

The law enforcement types smiled, while the civilian crowd backed up ever so slowly as a group.

A slight tug on the dog’s collar, a few softly muttered words in Deutsche, and the situation calmed down, at least from my side.

It was a matter of only a few seconds before the narcotics injection tools and the very rusty six-inch sheath knife were recovered and put into red striped evidence envelopes.

The lead on-duty sidled up, shook my hand, and asked permission to thank the heroine of the hour.

Her war face melted, and she started sniffing and smiling at the uniformed cops.

I told the lead I’d sign her arrest cards, and she was pleased because:

“Thanks Boss, I needed another Blue Card (felony arrest) to keep the Street Sergeant off my back.”

Happiness was all around (with one handcuffed exception), as I led Mocha back to the truck.

I got my shopping done, added a decent steak with a big bone to the purchase, and was soon happily en-route home again.

Mocha sat up front as was her right, and she leaned her big head on top of my right hand, as if to say, “Hey Boss, that was fun, can we do it again?”