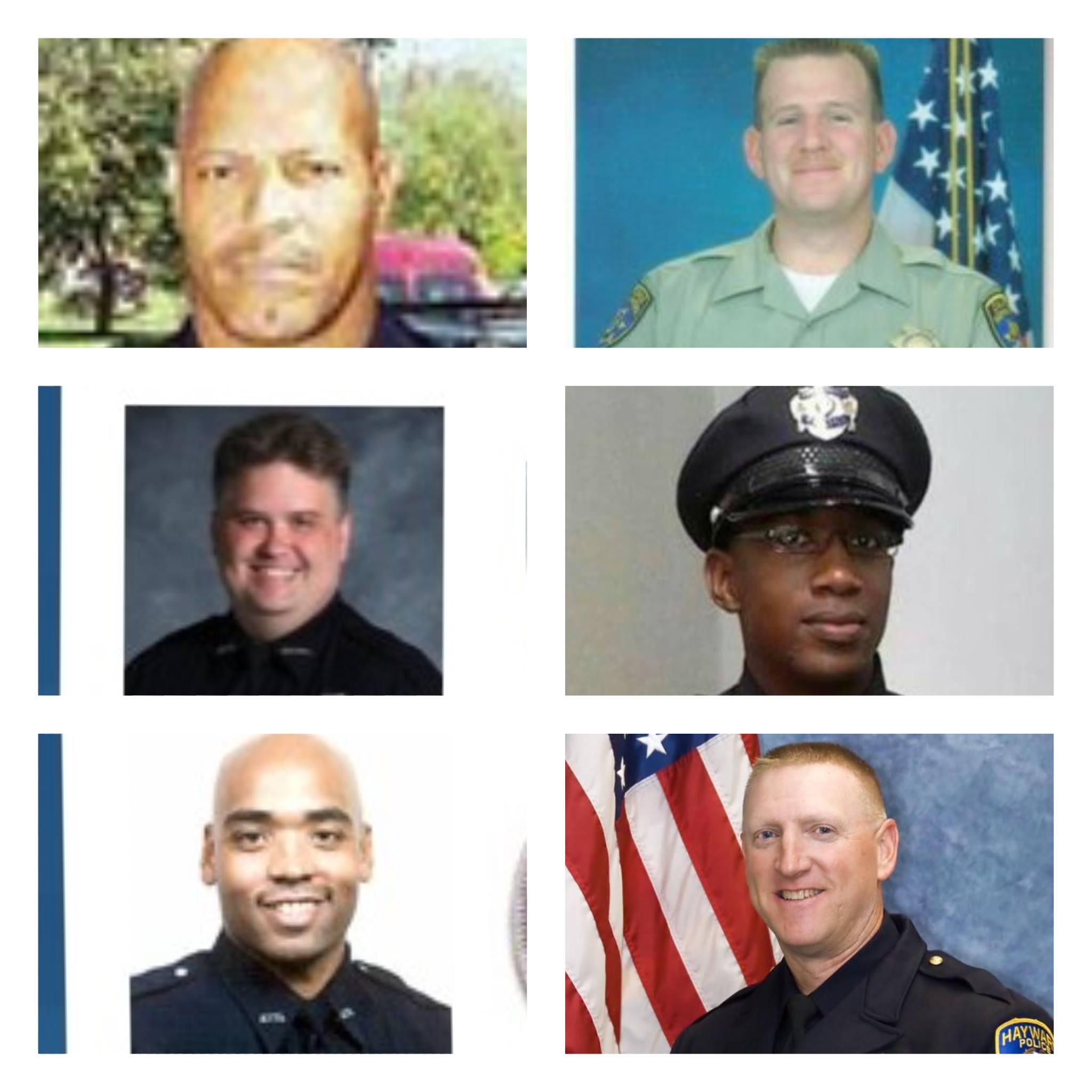 Roddy White (ex-receiver for the Atlanta Falcons) recently made the headlines. He was unhappy with an officer who stopped him for speeding because the officer unbuckled his gun and had his hand on his weapon as he approached his vehicle. Roddy feared for his life and stated that the world is a scary place because of officers such as the guy who stopped him.

I am not upset with Roddy White. Numerous people ask me why officers have their hand on their guns all the time. People genuinely want answers to these questions because they can’t relate to the dangers that face officers. They can only relate to life as they see it. That is human nature and we all operate that way. My officer associates are condemning Roddy and my black friends are supporting Roddy. Meanwhile the communication gap still remains and no one can put their emotions aside to fill the information gap between the two parties.

Roddy referred to the officer’s actions as excessive because this was a “routine” traffic stop for speeding. Roddy isn’t an officer and I don’t blame him for not understanding the dangers associated with traffic stops. First of all, there is no such thing as a routine traffic stop. Civilians think that there are routine stops because most civilians have never contemplated killing an officer during a traffic stop. Most citizens can’t fathom the things that criminals think about in an effort to escape capture.

There isn’t a more dangerous aspect of policing than traffic stops.

Officers apprehend murderers, rapists, burglars and robbers by enforcing traffic violations. Generally, officers do not catch these criminals in the act. We also stop good people during traffic stops. We have no way of knowing who we are dealing with until the situation is over. No one enjoys having their freedom temporarily taken from them during traffic stops. No one likes to be told what to do. No one wants to see an officer approaching with their hand on their weapon. Unfortunately, traffic stops are necessary tools used to keep everyone safe and they are extremely dangerous. Criminals don’t wear signs informing officers that they are criminals. Until they do, we all share the burden of being uncomfortable during traffic stops.

Examples (from left to right)
Officer William Jones stopped a vehicle for a traffic violation near a park where hundreds of kids were playing soccer. He was simply talking to an occupant when suddenly, the occupant produced a gun and killed Officer William Jones. The suspect was recently released from prison and he had a current sex assault warrant. Officer Jones may have saved a child’s life that day. He had no clue how dangerous the guy was that he stopped.

Officer Andrew Stevens stopped a vehicle for a traffic violation. As soon as he greeted the driver, the driver produced a gun and killed Officer Stevens. It was later determined that the shooter was a contract killer who was hired to go kill another person. The traffic stop was completely unrelated to the contract killing. Officer Stevens gave his life to protect another. He had no idea who he stopped.

Officer Scott Patrick stopped a vehicle for a traffic violation. As soon as he stepped out of his squad car, the vehicle occupant shot him. He never even had the opportunity to approach the vehicle he stopped. He had no idea that he stopped a fleeing fugitive.

Rookie Officer Liquori Tate stopped a vehicle. The vehicle occupants shot and killed him. Liquori Tate had no idea that he stopped a man with mental issues. The killer later killed himself in jail. Officer Tate just posted on social media how excited he was to begin his career as a police officer. Career over.

Officer Mark Anthony Cross stopped a vehicle. As soon as he approached the vehicle, the vehicle occupant killed him. There were no warning signs. It just happened.

Officer Scott Lunger stopped a vehicle with an erratic driver. The driver could have been drunk, trying to send a text, or he could have just killed someone. The officer didn’t know, but he decided to investigate. Officer Lunger walked towards the vehicle when the driver shot and killed Officer Lunger.

These are just a few examples. There are numerous officers killed doing what Roddy calls “routine” stops. Officers don’t believe in routine stops. As long as criminals attempt to blend in with regular citizens, the situations will continue to be scary for citizens and officers.

I stopped a guy who was on his way to kill his girlfriend. I stopped him for not signaling. I stopped a guy for not having a front license plate. He was on his way to shoot a guy who disrespected him. I stopped a car full of gang members who were headed to execute a drive by. The driver was speeding and changed lanes without signaling. My partner and I seized 3 pistols and an AK47 from the vehicle. I stopped a pedophile who had a 14 year old girl in his truck. They met on Craig’s List and she left home without permission to meet him. He was driving without headlights. I could go on and on about all the crimes that I stopped as a result of “routine” traffic violations. Any of those drivers could have decided to kill me. I was blessed that they didn’t. These officers weren’t blessed to say the same. Whenever I stop someone on a traffic violation, my hand is on my gun. It isn’t so that I can scare good citizens. It is because I have no way of knowing if I am stopping a criminal who refuses to go back to prison or if I am stopping a guy who simply got caught speeding.

I don’t think that I have EVER stopped a vehicle for a traffic violation and I didn’t have my hand on my gun. That half of a second that I save from not having to reach for my gun, may save my life one day.

I will not stop doing it.

A criminal’s action is generally quicker than an officer’s reaction. The law acknowledges the dangers of police work and allows officers to do certain things in an attempt to remain safe. If the law didn’t allow officers to do certain things, there would be no officers. I am not saying that officers have free reign to treat people in a disrespectful manner or abuse their powers. I am just saying that we must learn why officers operate in certain ways so we can do a better job of holding officers who are actually out of control accountable.

I wish I could talk to Roddy and give him more examples of why officers do the things that they do. I wish more citizens would sign up for ride-a-longs with their local departments. I appreciate those citizens who have gone through citizen academies in an effort to try to understand the tasks that officers face. I encourage officers to explain these things to citizens after the situation is safe to do so. We all can play a role in helping educate each other. I wish police encounters were part of high school curriculum and I wish I could help write the program to help educate students. The fact that so many people ask me the same questions over and over again proves to me that education is non-existent and I will do my best to change that. We can continue to stand in corners with like-minded people and vent or we can meet in the middle and change the world. #perspective #bridgingthegap