The Responsibility In Use of Force 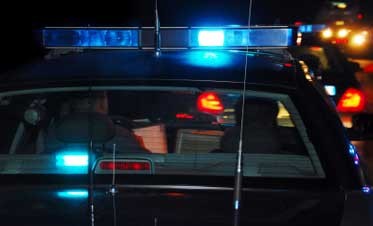 Introduction
Police officers can use force when objectively reasonable and under the totality of circumstance presented before them, at the time force is applied.  The degree of that use force is incumbent upon the individual officer’s decision making process during the specific encounter and whether that encounter is a traffic stop or a use of lethal force encounter.  The problem, as noted by variety of law enforcement professionals today, is the supposed Ferguson effect, or the deadly hesitation.   Officers have been indicted in Tulsa (OK), and St. Paul (MN) for using force.  It has been judged by prosecuting authorities that the force they used was not reasonable.    While the standard set forth in Graham is a civil standard, should that standard not be applied towards criminal cases?  This leaves us with a host of questions that need to be addressed.

Research
As noted by a colleague David Blake of Blake of Consulting and Training Group, over 97% of participants said they believe that proactive policing decreases crime. But amidst the highly charged atmosphere surrounding American law enforcement of late, 49% said they have cut proactive traffic stops by “between 5 and 10 a month,” and 47% said they have reduced proactive pedestrian stops by the same amount, reflecting a significant reduction in “the things cops do proactively more than anything else,” according to Blake.

I fear that people are not doing as much research into this trend because they do not want to know the answer to these difficult questions.   This question was brought to the fore front in Minneapolis after the Jamar Clark, and Philando Castile (Falcon Heights) shootings.  Minneapolis Police stated they had a 40% drop in police productivity after the shootings.   This problem has continued to today.  There is pending research into determining what a or how to define objectively reasonable, and how officers provincial review situations that require force.

Patterns and Practices – Failure to Use Force
I am not a lawyer; I have reached out to a couple of legal scholars and received mixed reviews on these notions.  I would argue and contend that officers will soon be able to file federal civil rights claims under Monell against their own departments;

“There are times when there is not an officially adopted policy, written rule, or regulation, but there is a practice or custom the plaintiff claims has the force of law, and for which the entity should be held responsible under Section 1983”

I contend that departments and administrators will soon be on the hook for failure to protect their own officers for an unofficial policy, rule, past practice or regulation related to the use, moreover the non-use of force.  Law enforcement officers do not give, submit, or relinquish their Constitutional Rights, just because there are wearing a badge.

Agencies not only protect the public, but they need to protect the officers and employees who are under their charge.  I see that the potential claims could come, from families of deceased or severely injured officers who did not use objectively reasonable force.  I would consult with an attorney, or any legal scholar, before proceeding with any legal action.

Force
Moreover officers have a duty to use force when they deem reasonable under the totality of circumstances.  It is an officer’s reasoning under the totality of the circumstances that determines when, why, and how much force they should apply.  When officers are fearful of using force because of political, societal, or organizational pressure, they lose the ability to reasonably use force and they lose the ability to protect themselves and the public.  They also lose the right to any procedural due process or protections which falls under the 14th Amendment.   The SCOTUS has provided direction, neutral, legal, unbiased, directions on when officers can reasonable use force.  They provide it in an environment while understanding that officers working in the “real” world are not in the comfort of a judge’s chambers or lawyer’s office.

Conclusion
Officers are working in a tense, uncertain, rapidly evolving world which has a host situations.  On the other side of the coin, officers do not have to use force.  It is the officer’s discretion based on their understanding of the situation.  When there is an official policy in place that limits the officer’s abilities to make reasonable decisions, it blocks their ability to function.  Society hires police officers to be critical thinking, problem solving people, not robots, who function without thought.  Case law supports when an officer can use force and policies should be written to support the reasonable application of force.  Training should address force within the context of the real world.  The real world is where officers use force, not on a piece of paper, or a training scenario without consequences.  Officers work within the real world so let’s help them go home after their shift in that real world.

Share and speak up for justice, law & order...
Tags: exclusiveLegaluse of force