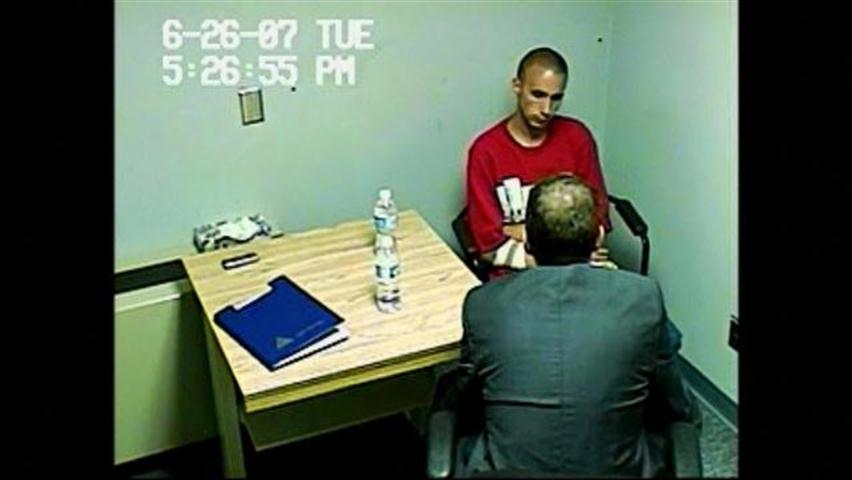 The Reid Technique, long considered to be the “go to” training for detectives is in a battle for their reputation and name after Wicklander-Zulawski & Associates, a consulting group that has worked with law enforcement for decades, said that it will stop training detectives in the method in the Reid Technique, which has been taught since 1984.

“Confrontation is not an effective way of getting truthful information,” said Shane Sturman, the company’s president and CEO. “This was a big move for us, but it’s a decision that’s been coming for quite some time. More and more of our law enforcement clients have asked us to remove it from their training based on all the academic research showing other interrogation styles to be much less risky.”

While the Reid Technique has been the enemy of defense attorneys for some time, this admission by such a large player in law enforcement has shaken the profession.

Over the past 50 years, several hundred thousand law enforcement officers have taken the course.  It is regarded by the law enforcement community as the gold standard in interviewing and interrogating suspects in criminal investigations and Reid has responded.  We have placed their comments below.

In the WZ press release company president Shane Sturman stated that “Because of the possible abuses inherent in the confrontational Reid style, we believe it is time to move away from the practices of the 1970s when it was developed.”

To set the record straight, in 1984 we licensed two of our former employees, Douglas Wicklander and David Zulawski, to teach our interview and interrogation material as it existed in 1984, and allowed them to use the name, the Reid Method.  One of the conditions of the licensing agreement was that WZ would not be able to use any of the new material that we developed from that point forward.  Consequently, for over 33 years WZ was teaching materials that did not contain any of the updates or new material that we developed since 1984 – it had become a stale and out dated course.

In the press release, Mr. Sturman makes the statement that “In addition, the officers in these cases (false confession cases) were often trained in the Reid Technique of Interview and Interrogation. Although one might argue that the officers misused their training in the Technique, many courts and law enforcement agencies are moving away from this confrontational approach to non-confrontational styles.”

To the absolute contrary, the courts consistently confirm the core principles and elements of the Reid Technique.  In fact, in two federal cases the courts admonished the investigators because they did not adhere to our recommendations when questioning juveniles or individuals with mental impairments – see People v. Elias and US v Preston.

In another federal case, US v. Jacques, the court, after hearing testimony from false confession expert Professor Alan Hirsch, stated that, “Although Professor Hirsch insisted that “there is a wealth of information about the risks of the Reid technique,” he could point to none.”

Reid is considered the Gold Standard:

—  In July 2014, at the National Association of Criminal Defense Attorneys conference there was a presentation entitled, “ Theories and Advocacy Strategies in False Confession Cases.”

—  In their presentation they stated that Reid is the gold standard on proper procedures, and that they regularly review reid.com and our materials to establish best practices and to point out what other investigators did that was improper.  They specifically reference our cautions re the questioning of juveniles.

On January 25, 2017 we posted on our website a PowerPoint program and accompanying pdf document that references 60 court decisions in which the courts confirm the techniques that we teach in our courses.  You can access this material, How the Courts View the Reid Technique, on our website at http://www.reid.com/r_whatsnew.html#14855450167178059

In their press release WZ references the Innocence Project, stating that, “With the availability of DNA evidence, and with efforts from organizations such as The Innocence Project, there has been a heightened awareness of the danger of improper use of interrogation tactics.’

What the press release fails to note is that the Innocence Project comes to us to help them on cases.  We have testified in several cases for the Innocence Project both in trial and depositions, pointing out improper police interrogation techniques.  We have also assisted Defense Attorney Kathleen Zellner by providing testimony regarding proper questioning procedures and practices.

In one case the Innocence Project believed that their client was innocent of the murder that he had confessed to, and asked us if we could question the person they suspected was the actual killer, who at the time was in prison for another crime.  We conducted and interview and interrogation of that individual, he confessed, provided detailed corroborating information, after which the New York prosecutor dismissed all charges and released the Innocence Project client from prison.  You can find a complete story about this case in the New York magazine in an article entitled, “I Did It” Why do people confess to crimes they didn’t commit? by Robert Kolker published Oct 3, 2010.

Finally, here are the Core Principles of the Reid Technique and the Best Practices that we published on our website several years ago:

—  Do not make any promises of leniency

—  Do not deny the subject any of their rights

—  Always treat the subject with dignity and respect

—  Do not conduct excessively long interrogations

The successful interrogation is one in which the suspect tells the truth to the investigator and,  persuasive tactics used to learn the truth are legally acceptable. With these goals in mind, the following are a list of best practices for applying the Reid Nine Steps of Interrogation, along with a brief discussion of each practice:

Conduct an interrogation only when there is a reasonable belief that the suspect is guilty or withholding relevant information. The belief that a suspect is guilty of a crime or is withholding relevant information may be based upon investigative information, evidence, the suspect’s demeanor, or verbal responses to interview questions. The investigator should avoid conducting an accusatory interrogation as a technique to separate innocent from guilty suspects.

Consider a suspect’s behavior in conjunction with case facts and evidence. The assessment of a suspect’s credibility during an interview will be enhanced and likely more accurate if it is based not only on the suspect’s verbal and nonverbal behavior, but also on case facts (the suspect’s established opportunity, access, motive and propensity to commit the crime) as well as forensic or testimonial evidence.

Attempt to verify the suspect’s alibi before conducting an interrogation. The most efficient means to prove a suspect’s innocence is to verify his or her purported alibi. Conversely, when it is determined that the suspect provided a false alibi, this finding offers support for the suspicion of the suspect’s probable guilt.

Do not conduct excessively long interrogations. In most instances, if the suspect is still adamantly maintaining his innocence and has not made any incriminating statements or admissions after three to four hours of interrogation the interrogation should be re-assessed and most likely terminated.

Exercise extreme caution when interrogating juveniles, suspects with a lower intelligence or suspects with mental impairments. This class of suspect is more susceptible to false confessions and, therefore, the investigator should be cautious in utilizing active persuasion such as discouraging weak denials, overcoming objections or engaging in deceptive practices. Proper corroboration of a confession will be critical with this class of suspect.

When using interrogation tactics involving deception the investigator should not manufacture evidence against the suspect. Courts make a distinction between false verbal assertions, e.g., “We found your fingerprints in her bedroom.” which are permissible and manufacturing evidence, which is not permissible. An example of manufacturing evidence is taking the suspect’s fingerprints and transferring the prints to an evidence card, which indicates that the prints were found in the victim’s bedroom.

Do not reveal to the suspect all information known about the crime. A legally admissible confession should include corroboration. One form of corroboration is information only the guilty suspect would know, e.g., the method of entry in a burglary, a memorable statement made to a victim, the denomination of money stolen, the murder weapon that was used, etc. When interviewing a suspect or offering information to the news media, the investigator should carefully guard this protected information so that the only person who would know it would be the investigator and the person who committed the crime.

Attempt to elicit information from the suspect about the crime that was unknown to the investigator. The best form of corroboration is information not known to the investigator about a crime that is independently verified as true. Examples of independent corroboration include the location of a knife used to kill the victim, where stolen property was fenced or the present location of a car the suspect stole.