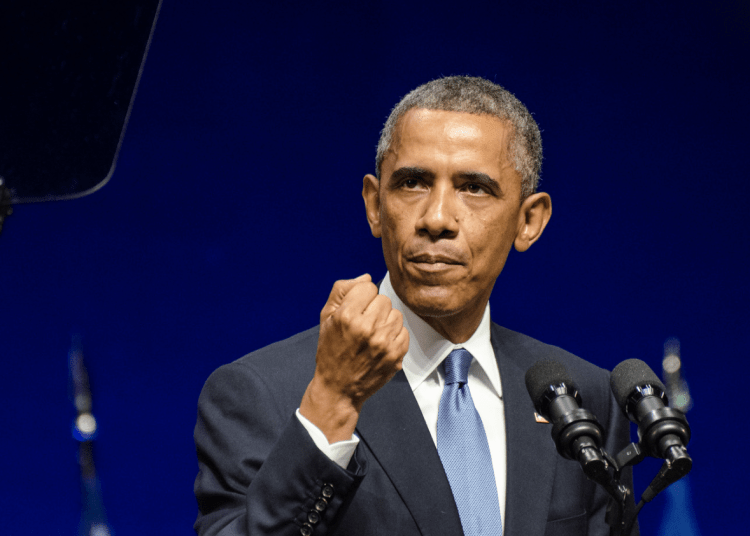 Editor’s note: The following op-ed contains material from the introduction of the book, “The Obama Gang.”

The National Police Association (NPA) exists to teach people how best to assist the nation’s law enforcement officers in completing their public safety mission and to help the public understand the true nature of police work. The NPA does this, in part, by publishing an informative website (nationalpolice.org) where people can access information, articles, and videos regarding current issues affecting law enforcement and learn ways they can better support their cops. People may also make tax-deductible contributions to help the NPA continue its important work.

As an example of this work, the NPA has filed complaints against prosecutors who refuse to prosecute criminals or falsely prosecute cops. Also, the NPA has filed several amicus briefs to support police officers across the nation under attack by anti-police mayors, city councils, and prosecutors who have attempted to fire them or even to put them in prison just for doing their jobs.

The NPA also keeps people apprised of what’s happening in the law enforcement world through articles written by its staff of contributors, which includes writers from around the nation who are retired law enforcement professionals with diverse experience. This guarantees experienced perspectives affecting a wide array of American law enforcement issues.

When considering all the anti-police individuals and organizations in existence, the NPA realized how so many of these Obama-connected entities intertwine, collude, and collaborate in their mission to eradicate traditional policing in America. The organization also realized these people and groups appeared organized and that the verbal attacks against the police seemed coordinated, often proliferating the same words and phrases in a manner resembling propaganda.

The NPA noticed the anti-police factions seemed to be a part of a larger “family” or “gang” of wealthy and radical individuals and organizations. With former President Barack H. Obama at the top, they seem to operate similar to an organized crime family—on the periphery of civil society.

From the bottom up, the organizational chart begins with the “soldiers” on the streets, who caused such visible destruction during 2020, and climbs the crowded pyramid to the top. This “family” (not to be taken for the president’s personal family, who are lovely) or gang of individuals and organizations are now working together like never before to collapse policing in America as we know it—to collapse America as we know it.

At the other end of the organizational chart, similar to Mafia families, is Don Obama. And, in keeping with the allegory and establishing a proper ambience, perhaps it’s time to start referring to Obama as the Boss.

The Boss is at the head of this anti-cop gang, using the Obama Foundation (Obama.org) to destroy law enforcement. Next comes Obama’s caporegime, his captains, who run and deploy his soldiers. These soldiers are people who hit the streets to protest. However, many also commit violence, directly challenging (even injuring or murdering) police officers. Also important, but more tangentially “connected,” are the gang’s myriad associates.

These individuals and organizations assist the family in achieving its goals. This comparison obviously isn’t identical because crime families are comparatively small. The anti-cop, anti-traditional-America mob, on the other hand, is a diffuse conglomeration operating in a massive fog of political (and actual) war. The comparison, nevertheless, is apt—and kind of fun.

It’s important to note that, unlike the less-bulky Mafia mob families, many of these Obama-connected groups and individuals have served in multiple capacities at various levels of support for years. For example, the Washington Examiner reported about two Brooklyn attorneys who qualify as typical Obama supporters and would normally be seen as associates. However, because the police arrested them for firebombing an NYPD car during a riot in May 2020, they also qualify as soldiers. Some people have started in one category and later moved into another, through promotions or de facto transfers.

This shifting of positions also makes these people and operations even more nebulous. In fact, you’ll see that some of these organizations have former convicted terrorists as heroes or even members and directors. It’s hoped that people can use this book as a jumping-off platform to do their own research and reach their own conclusions. While efforts have been made to point out the massive weblike connections that exist in this realm of political intrigue and possible criminal behavior, it’s impossible to venture into every single proverbial nook and cranny. This is especially true with the gang’s shape-shifting nature. At some point, it’s necessary to escape the maze, stop consuming additional information, and disseminate what’s been gathered. Still, as readers choose which links to follow, like one of those photos of multiple mirrors into infinity, one will lead to another, which will lead to… There’s the idea.

With the massive amount of information in existence, the NPA has done its best to provide readers with legitimate evidence and solid sources for readers to consider and judge for themselves the validity of the people, events, and materials offered as evidence. Note that these gangs of shadowy people and organizations frequently delete posts, remove pages, take down websites, or even shut down and reorganize entire organizations just to hide what they are doing. The Boss’s former ACORN is a good example.

As another example, in September 2020, the Black Lives Matter organization scrubbed from its site information about its connections to Marxism and its desire to eliminate the nuclear family from American culture. Keep this in mind if a link fails to deliver you to your destination. Also, remember that simply not agreeing with or not liking a bit of information is not “proof ” the information is wrong. As we say in law enforcement, follow the evidence to where it leads, even if—especially if—it leads to an uncomfortable place.

Steve Pomper,
National Police Association, LifeZette.com contributor, retired Seattle police officer, and the author of four non-fiction books, including De-Policing America: A Street Cop’s View of the Anti-Police State. Pomper served his entire career on the streets, including as a Field Training Officer, East Precinct Mountain Bike Patrol Coordinator, and on the Community Police Team. Steve has a BA in English Language and Literature. You can find out more about Steve and send him comments and questions at www.stevepomper.com.