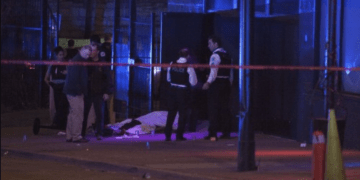 The Incessant Cry to Restore Respect and Trust

The Incessant Cry to Restore Respect and Trust 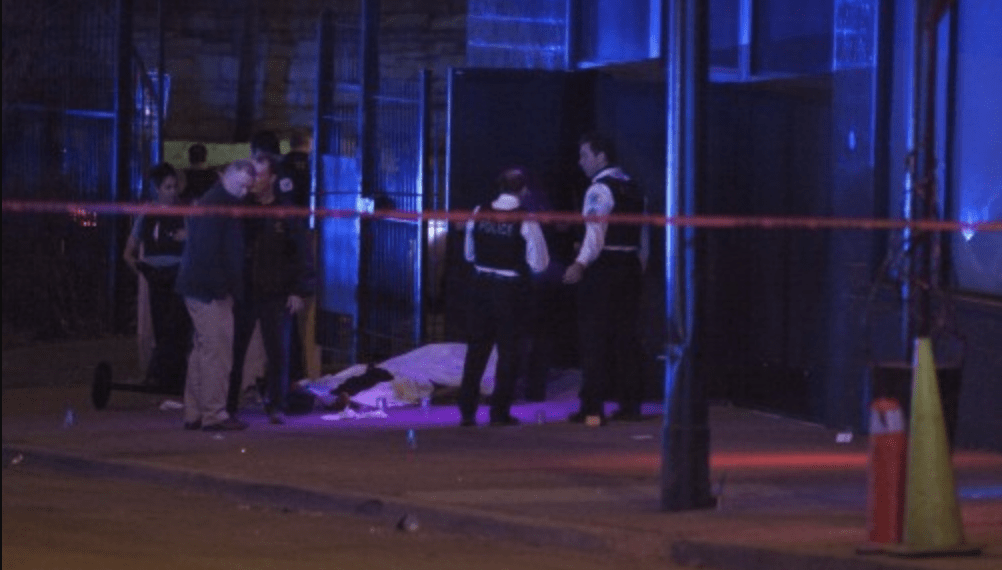 “Restore trust between Chicago’s black community and the Chicago Police Officers that patrol their neighborhoods.” This is the stated goal of the Grassroots Alliance for Police Accountability.

A Chicago police officer is wrestling with an offender while pinned on his back in the middle of the street. His partner is fending off 4 to 5 other offenders who are surrounding the officers, attempting to attack them. A call for assistance was put out and incoming sirens are heard in the distance. The offender is now on top of the prone police officer and is attempting to disarm him. The partner turns and kicks the offender twice allowing his partner to gain the needed advantage of the combative arrestee while maintaining a grip on his weapon. Backup quickly arrives and the deadly situation is under police control.

Police officers were responding to a radio dispatch of a possible robbery in progress. As they guided their squad car to the curb, they were met with a hail of gunfire from the vehicle described by the dispatcher. After a short chase, the robbery offenders crashed their vehicle and were taken into custody.

Two beat officers in a marked patrol car were stopped at a red light and soon were taking fire from unknown offenders. While sitting at the intersection, bullets began cutting into the squad car’s metal sides and blowing out the rear windows. A fast thinking maneuver quickly removed the officers from the oncoming onslaught of bullets.

My introduction to working Cabrini Green Housing Project was an eye opener regarding respect and trust. Warned to keep my head on a swivel, on my first call I began my walk from my parked squad car to the front entrance of one of the project buildings. Feeling uneasy, I looked up and with astonishment saw a refrigerator tossed from the 6th floor with me being the intended target. After that inauguration to project life, once leaving the squad car for any reason, Colt Commander was automatically in hand.

“The Grassroots Alliance for Police Accountability (GAPA) is a broad-based coalition of community organizations committed to making our neighborhoods safer, improving police practices and accountability, and transforming the relationship between the Chicago Police Department and the communities it serves.” This is an elaborate way of saying that this group wants full control over the hiring, firing, and tactical operations of the Chicago Police Department.

Baltimore, Detroit, San Francisco, Philadelphia, and New York are examples of the Progressive Social Justice sought here in Chicago. Look at the respect and the trust the police officers are receiving from their citizens.

In Baltimore, a certain group of people are ambushing police for simply patrolling their streets. In New York, some street thugs are throwing buckets of water on uniform police officers while the mayor idly stands by. Chicago has seen unprovoked attacks on officers while making arrests, from a small segment of Chicago’s mainstay. San Francisco is firing officers who have the audacity to enforce unfavorable legislation on the books. In Philadelphia, physical attacks on the police are rising to record numbers and Detroit is a desert where police are not allowed to patrol in certain areas.

Forty years-ago when I walked into Cabrini Green Housing Project, the stench of hate filled the air. This hate was directed at me, the new Chicago Police Officer. I did not know hate, but I soon learned it. There was no respect or trust offered by a particular segment of the population. To thinks so is ludicrous. Respect and trust are part of police work. In some neighborhoods, trust is present because that portion of the population was taught respect in early childhood. In other parts of this city, disrespect and hate are commonplace and are taught in place of trust and respect.

Ask yourselves, is this movement working?

My advice to our good and honest citizens; take the future direction of all police departments out of the political and activists’ hands. That unquestionably includes academics. Allow the police to control the criminal element of the city where they have absolute expertise. Ignore the phony cry for RESPECT and TRUST. There never was respect or trust shown to or from the police in certain neighborhoods of this city or other cities mentioned.

Trust and respect are synonymous in police work. In my thirty plus year career, I never strived for respect. I attempted to achieve fairness. Once you achieve fairness, you will earn respect and trust. The fundamental problem is, fairness is viewed differently by various segments of society.

Total trust and respect are simply not achievable in police work.

Larry Casey
Having had a grandfather and father on the Chicago Police Department made the choice of becoming a police officer relatively simple. Between the excitement of having a real profession and the prospect of following in the Casey footprint, the Chicago Police Department seemed a natural choice. I retired at the age of fifty-six after thirty years of a very wide variety of police work and assignments. After a few months of relaxation, I started my next career as an adjunct professor of Criminal Justice at Wilbur Wright College. I taught there for ten years and recently retired again.

Trading thoughts about my police experience led me to write a book of my memories. I did not want to bore people with the typical police stories of shooting-em-ups. And seeing I was always a proponent of humor being a policeman’s best outlet for stress, I decided it was appropriate of me, to write a very different genre of police book. My compilation of short stories is based on the humorous side of police work. Honesty, it is also a base for many memories, stories that were too raw or considered too embarrassing for the everyday reader.

I’m very proud to say, I teamed up with the Chicago Police Memorial Foundation and I send them a donation for every book I sell through Pay-Pal or at book signings. I have done book signings for charitable events, for police vests, local libraries, GOP sponsored events, local community events and many others.

My main goal in writing was to entertain and educate the public: to show that police officers are fathers, mother, sisters and brothers, etc. We’re real people with hearts and souls. We laugh and cry like everybody else. We change tires and diapers, go to ball games and wash our cars. We’re simply human.