Retreating is not a winning strategy 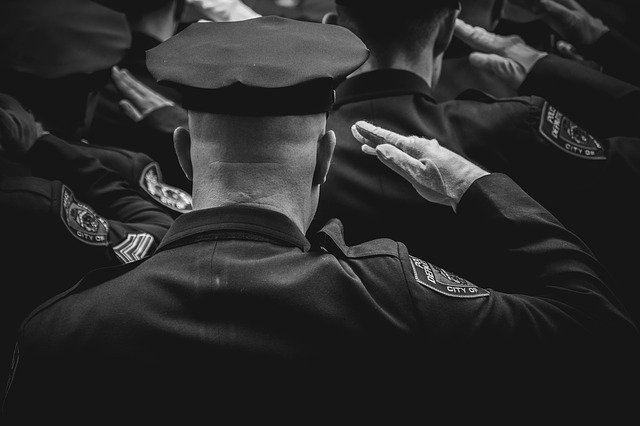 Griping about a situation is easy. Putting yourself out there, being willing to make mistakes, and taking the steps necessary to create meaningful change? Not so much. We’re a nation of chronic complainers who expect others to solve our collective problems.

Policing is not immune to this phenomenon.

When I ran We Support the Madison Police, I’d regularly hear about low departmental morale and how most cops had mentally “checked out.”

And with good reason, I’d say.

Policing is in Crisis

Workforce shortages mean that cops left behind have to pick up the slack. This translates to increased workloads, longer hours, and fewer days off. It also means cops have less time for proactive and community policing initiatives.

Last October, The Law Enforcement Legal Defense Fund reported an 18% increase in overall voluntary departures at large departments from the same period -June 1, 2020 to April 30, 2021- the year before.

There has always been a segment of the population who assault, spit on, and try to harm cops. It’s intensified in recent years, however. Ambush-style attacks on police officers, for example, have increased a whopping 115% from 2020.

I attribute it to the elected officials, members of the media, and other leaders who call for defunding or liken police officers to oppressors. Sweeping police reform initiatives punish an entire profession for the bad acts of a few, and don’t take into account the variability found in departments. Police departments -some of whom may already be excelling- have very different needs based on their workload and the communities they serve.

When this is the resounding message and there’s little pushback and zero-to-few consequences for bad acts against police officers, offenders and those who disrespect cops will be emboldened.

This landscape has demoralized cops. When you fear for your pension, your life, or your family’s safety, or think you may be prosecuted for acting in good faith, you begin to second-guess yourself or you may be less likely to stop someone for suspicious behavior unless absolutely necessary.

Imagine endangering your own life and working diligently to arrest a violent repeat offender, only to have that person released pre-detention. With little-to-no consequences, offenders continue to commit similar (or worse) crimes.

Arguably, bail reform is partially responsible for the surge in crime in cities like Chicago. It’s also frustrating as heck for police. When four in 10 bail reform offenders are re-arrested, it’s fair to say the process is broken.

Understandably, cops will inevitably begin to ask: Why am I even bothering to arrest this person?

We Know What the Problems Are. It’s Time For Solutions

Let me preface this by saying that there are people out there working overtime to push back against false narratives and defend police. One example is Joe Gamaldi, vice president of the Fraternal Order of Police. Joe is regularly on the news talking about attacks on cops, bail reform, and the surge in crime. Shoutout to Pat Lynch, president of the NYC Police Benevolent Association, who also stands tall for his cops.

Here in Madison, we had Chief Koval, who believes in due process and regularly defended his cops’ honor. For that, he was routinely criticized and harassed, and became a punching bag for the city council.

These types of leaders are, from where I sit, in the minority.

Of all the national police organizations I’ve offered my help to (for free, mind you!) over the years, only a few have bothered to reply. Of those, two asked me to join in their mission -one even wanted me to be a chapter leader- but then it fell through the cracks.

And with the exception of unions like FOP and NYC PBA and command officers like Chief Koval, I see police leaders who seem to have resigned.

Why Doesn’t Law Enforcement Defend Itself?

Among individual officers, I think there’s a pervasive fear of repercussions, including inter-departmentally. During the riots of 2020 for example, one Madison police officer confided to me that command had ordered police to stand down.

Though I gladly posted about this on my blog (with the officer’s permission, and name kept private) because I care about our cops and thought the public should know, I thought to myself: Why don’t officers feel comfortable approaching their own union or leadership with these types of concerns? I’m just a citizen.

I think another part of the problem is that cops are exhausted and overwhelmed, both mentally and physically. They’re working long hours with few days off. They feel unappreciated. Their every move is scrutinized and often times contorted.

It’s easier to speak out if you have backup fighting along side you, but they receive little support from the public, elected officials, and sometimes their own unions and command. It’s hard to risk everything when you’re standing alone.

Where Do We Go From Here?

While I’m not a psychic, I don’t think this problem is going away in its entirety any time soon. Too much damage has been done, in terms of defunding, bail reform, and demoralization of cops – and it will take a lot to change this trajectory.

We’re also just one officer-involved incident away from civil unrest.

Generally speaking, people are more attracted to the drama of problems and scandals than with the steps needed to make meaningful change. I experienced this time and again when I ran my police advocacy group.

The thing is, policing is in dire need of solutions. And it is these solutions that I will write about in my next issue.