The IACP Apology: Being Lectured By An Academic

First of all, let me clear this up; this guy is most definitely NOT the “US policing leader” like the author of this Associated Press article wants his readers to believe.  The headline of that AP article, which is sadly as much of the article as some viewers will actually read, could not be more disingenuous and blatantly misleading.

According to a similar article at the Washington Post, Terrence Cunningham “issued a formal apology to the nation’s minority population ‘for the actions of the past and the role that our profession has played in society’s historical mistreatment of communities of color.’”

The man who made those comments is correctly identified in the AP article as “Terrence Cunningham, president of the International Association of Chiefs of Police.”   He is the president of a private organization, one which comprises much more than what its name would indicate.  The organization is not even restricted to just law enforcement, but its membership is open to many other professions, many not remotely resembling law enforcement.

Secondly, Terrence Cunningham is the Chief of Police of “Wellesley, Massachusetts, an affluent, overwhelmingly white, low-crime suburb near Boston.”  Wellesley, MA is a whopping 10.49 square miles (my last patrol district was more than 4 times that size), the entire department consists of 62 full-time employees (only 33 of which are patrol cops), the city has a crime rate that is almost non-existent, and “According to a 2007 Census Bureau estimate, the racial makeup of the town was 84.6% White, 10.0% Asian, 2.2% Black, 0.01% Native American, 0.01% Pacific Islander, 1.4% from other races, and 1.7% from two or more races. Hispanic or Latino of any race were 3.4% of the population.”  “Overwhelmingly white” is a almost an understatement. 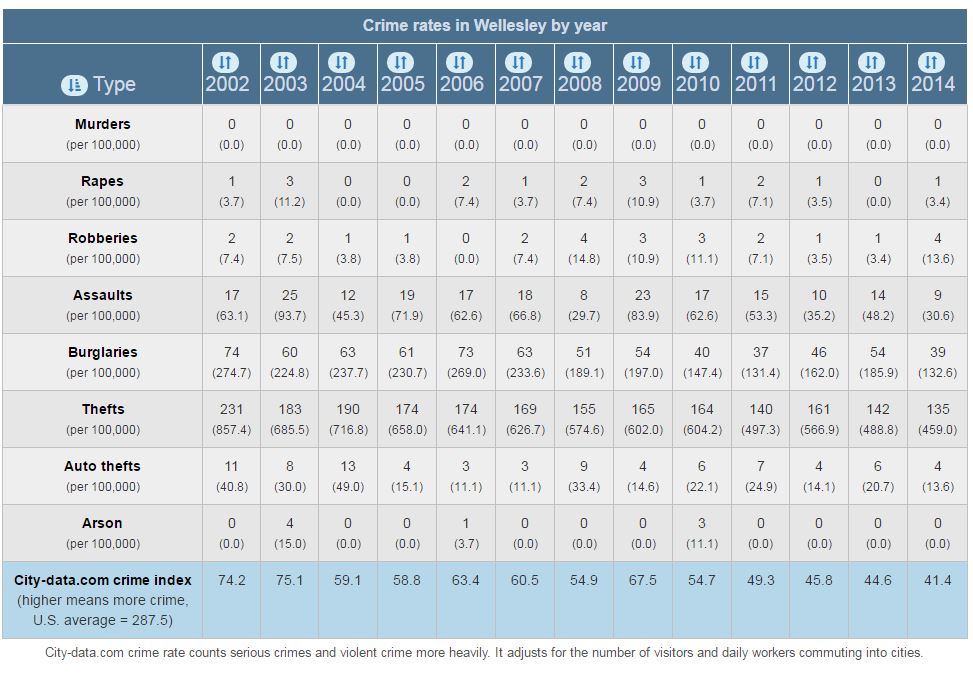 Speaking of the ridiculously low crime rate, according to the information provided by City-Data.com, there has not been a murder in the city going back to at least 2002 and in the 12 year span shown on their website (2002-2014), there were only 17 reported rapes in that entire time span and only 26 robberies.  My department takes that many robbery reports in just a day or two.  The crime rate there is so ridiculously low, I began to wonder when the last time there was a murder in that town.  The most recent murder I can find any mention of using Google occurred in 1999.

According to Cunningham’s LinkedIn profile, his entire 33 year law enforcement career has been served in Wellesley, MA.  His entire career has been in a sleepy, wealthy, crime free small town.  This man has no experience dealing with the very communities that he is attempting to speak to.  Additionally,   he lists Harvard as his alma mater which makes me suspect he is likely a liberal.  So, he has a liberal education and he has no experience dealing with violent crime, which explains his “white cop guilt” BS comments. 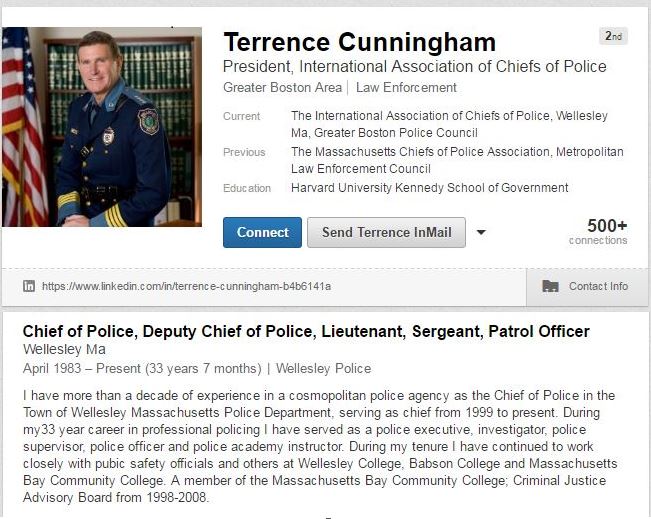 His comments are based on academics and speculation, because his employment history does not offer any credible facts on which they can be based.  While I am not begrudging anyone who works in a small, slow town, but for him to speak as if he is an expert on a topic that he has zero experience dealing with is totally irresponsible.

This man most definitely does NOT speak for law enforcement as a whole.

The atrocities he speaks of, the enforcement of Jim Crow laws, the blatant abuse of people of color, those things happened more than a decade before I was even born, and more than 30 years before I became a cop.  I do not have to apologize for something I did not do.  It is entirely possible for me to acknowledge that something bad happened, that something was done wrong, without my needing to accept blame for it.  Expecting modern law enforcement to apologize for things done 50 years ago is the same as expecting white people to apologize for slavery.  It is liberal minded, SJW bull crap!

As an actively employed cop, this man’s comments infuriate me.

This is yet another leftist attempt to alleviate a segment of society from personal responsibility, and his comments could not have come at a worse time.  There is currently a war on cops being waged, and this guy wants me to say sorry for something that happened before I was born?  Someone needs to step out of suburbia and experience real cop work before he is going to try and lecture us.

We as a nation need to stop blaming people who did nothing wrong.  The only way we can hope to grow as a people, as one nation, is to stop living in the past.  Make changes for the better.  Judge people based on their actions, not on their skin color or the clothing (uniform) they wear.

Now, before someone accuses me of trying to whitewash history, I am not remotely suggesting that we ignore the past, far from it.  As the saying goes, those who refuse to learn history are doomed to repeat it.  However, acknowledging that history does not require taking responsibility for it.  It is possible to learn from the mistakes of others, and that is what we all need to do, both the cops and the communities we serve.

While I understand the message he was trying to convey, and I agree it is a positive one, his choice of wording was horrific and now the left is shoving those poorly chosen words in law enforcement’s collective face.

This Editorial by Deputy Matt originally appeared at the Daily Caller.  You can read the editorial by Travis Yates here.

Share and speak up for justice, law & order...
Tags: editorialiacp