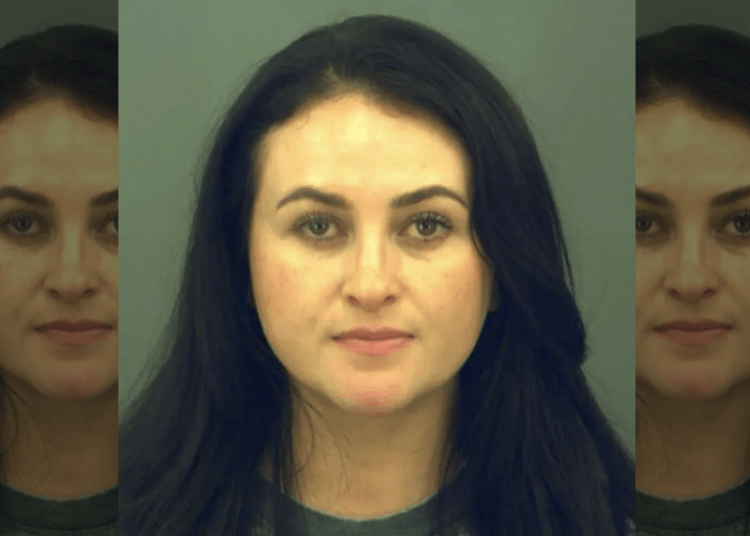 SAN ELIZARIO, Texas — A Texas mother posing as her 13-year-old daughter at middle school and documenting her experience online, allegedly to make a point about school shootings, was arrested for the “social experiment.”

Casey Garcia, 30, was taken into custody and charged with criminal trespass and tampering with government records, KWTX reported.

The El Paso County Sheriff’s Office was first alerted to Garcia’s “performance” on June 1, when several social medial posts began circulating online documenting the drama. She was later taken into custody at her home, according to authorities.

Garcia said she put on fake tanner and dyed her hair to closely resemble her daughter, “Julie.” When entering the facility, she scribed her daughter’s ID number. She can be heard saying good morning to who she says was the principal, Fox reported.

Garcia said she attended all of her daughter’s classes. During the day, she is seen eating in the school cafeteria during lunch with her mask partially off, and later shows a math assignment to the camera, as someone addresses her by her daughter’s name.

Though some students eventually recognize her, she thanks them at the end of the video for keeping her secret.

In the first YouTube video titled, “Going to school as my 13yr old daughter (Middle School edition),” Garcia is seen wearing a yellow hoodie, glasses and a black face mask entering the school.

“The teachers were so preoccupied about the students who were online that they weren’t paying attention to the students who were there physically,” Garcia said. “I think the deal breaker for me was actually walking in and posing as a seventh grader. I mean, I’m no spring chicken, but it wasn’t hard.”

Garcia said she made it through all seven periods, until the last teacher asked her to stay after class and confronted her, Fox reported.

“There have been one too many mass shootings in schools,” she continued in the video following her arrest. “That is disgusting to think of that it all could have been prevented just by putting metal detectors and more security… Are you more concerned that I, a parent, was sitting next to your child or do we really want to wait for the next person taking their Second Amendment right to the extreme?”

San Elizario Independent School District Superintendent Dr. Jeannie Mesa-Chavez said in a statement to KTSM, “While there was a breach in security by an individual associated as a parent with the school… We want to assure you that our security measures are being reviewed and evaluated.”

Garcia was initially booked into the El Paso County Detention Facility for criminal trespass, tampering with government records as well as one unrelated traffic warrant, KWTX reported. Her bonds totaled $7,908.

She also documented the interaction she had with deputies when they first arrived to her home.