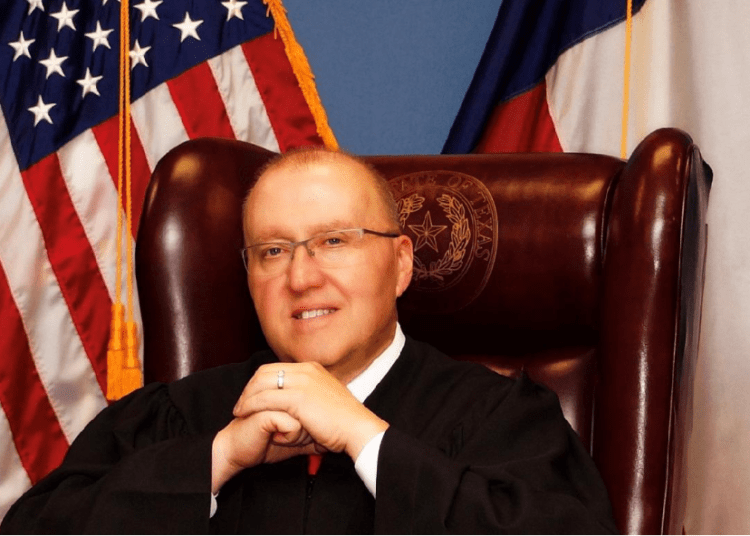 NEW ORLEANS – The U.S. Court of Appeals for the 5th Circuit upheld Judge Wayne Mack’s practice of recognizing volunteer chaplains who sometimes open court sessions with a brief invocation, according to First Liberty Institute who provided legal counsel for the judge.

The law firm that routinely represents individuals fighting for First Amendment rights of religious freedom offered the following details in an email distributed to supporters:

“As a Justice of the Peace in Montgomery County, Texas, Judge Mack invites religious leaders of every faith in his community and gives them opportunity to offer remarks and, if they choose, a brief opening prayer before courtroom sessions.

“He also serves as a coroner and started the chaplaincy program years ago after he was called to the scene of an accident and struggled to find a chaplain for the family of the deceased. Judge Mack established the program to help counsel and comfort grieving families at tragic death scenes or on death-call notifications.

“For more than six years, the radical Freedom From Religion Foundation (FFRF) persistently took Judge Mack to court, alleging the invocation violates the Constitution and that it was coercive. But the 5th Circuit ruled that his program is constitutional and determined that ‘Mack’s practice is noncoercive.’

“In its ruling, the Court also held that Judge Mack’s ‘prayer practice is consistent with the tradition of public, government-sponsored prayer.’ Instead of violating any constitutional principle, his program embraces our nation’s history and tradition of solemnizing judicial proceedings.

“’The Fifth Circuit rightly concluded that Judge Mack’s brief ceremony respects a rich historical tradition of opening judicial proceedings with an invocation,’ said Bradley Hubbard, our volunteer attorney from the law firm Gibson Dunn who argued the case in April. As the Court explained, the ‘history, character, and context’ of Judge Mack’s ceremony ‘show that it is no establishment at all.’

“This is a tremendous victory that finally brings an end to years of harassment against Judge Mack. With this key ruling in hand, he will be able to continue a distinguished career of public service to his community.

Thank you seems very inadequate to say to you and your team. But also so does God‘s grace and mercy seem so beyond what we are worthy of. So thankful that God is faithful and that you were faithful to your vision to preserve religious liberty and freedom in America. History is going to show that you and your team were at the forefront of spiritual renewal and revival in our nation.

“As we celebrate this victory, we want to thank you for supporting Judge Mack through this legal battle for so many years. Wins such as these make an incredible and profound impact not only in the lives of our clients, but also to countless people in the communities where they serve.”