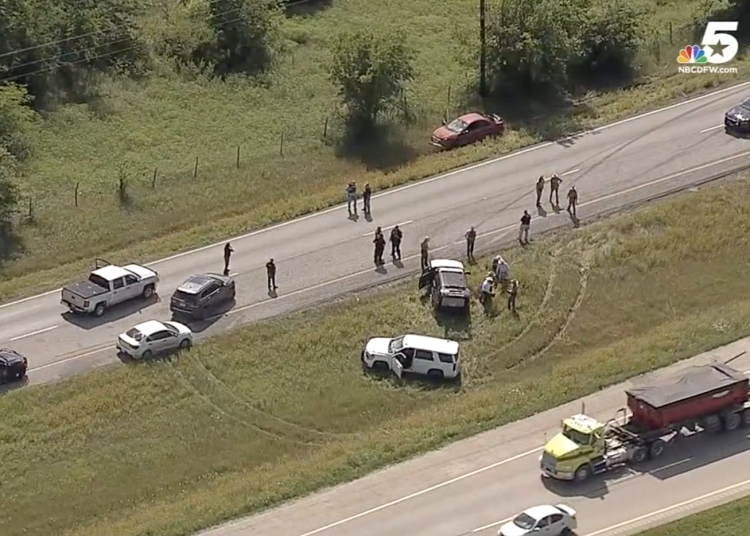 ALVARADO, Texas — A Hill County constable was shot Thursday afternoon while involved in a police chase of two people. The Dallas Police Department said its fugitive unit had been focused on arresting two wanted felony suspects when they were located Thursday in Ellis County.

The fugitive unit called for uniformed assistance from local agencies, and the Ellis County Sheriff’s Office and Waxahachie Police responded. When the uniformed officers attempted to pull over the suspects, they took off, starting a chase, NBC 5 reported.

During the chase, one or possibly both of the suspects fired at officers, hitting Hill County Constable Kevin Cordell. He was flown to a nearby hospital, but so far his condition has not been released.

While still inside the disabled vehicle, both suspects started firing on officers. The officers then returned fire, hitting both suspects. One is in critical condition and the other was shot, but no further information was released.

According to KXXV, the suspects were wanted for murder.

The Texas Rangers will lead the officer-involved shooting investigation.